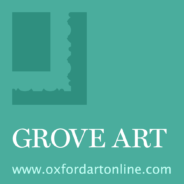 A disconcerting exclusion of alternative views and scholarship has marked the very carefully choreographed two-year long build-up toward the most controversial sale of a seicento picture this year—that of the so-called Toulouse Judith Beheading Holofernes, ascribed to Caravaggio.

The arguments presented in its favour look compelling. A contemporary document refers to it in Naples in 1607; a copy of it by Louis Finson can be found in Naples; scientific data match the imprint of Caravaggio’s Neapolitan work; and its provenance—despite many blanks—seems to match. Caravaggio scholars have been looking for a lost Judith Beheading Holofernes for years and the spectacular context of the painting’s discovery in an attic in April 2014 after having been lost for decades made the entire story even more alluring. “Leaning against a wall, it had been completely hidden behind old box springs and mattresses,” recalled auctioneer Marc Labarbe. Following its display in Paris, London, and New York in preparation for the auction slotted for 27 June this year at the regional Labarbe auction house in Toulouse, it was pulled unceremoniously a few days before the planned action sale after being snatched up by an anonymous buyer.

In fact, the analysis of documents and texts, technical and connoisseurship considerations paint a different picture. The attribution to Caravaggio has been strongly challenged and dismissed on a number of occasions, including during two Scholars Day events held in front of the painting at the Pinacoteca di Brera (February 2017) and the Musée du Louvre (June 2017). My view was clear in both instances. The painting is not by Caravaggio.

Caravaggio scholarship is somewhat divided on this picture. This is not new or strange. There have been similar debates for decades regarding a couple of other paintings that have entered Caravaggio’s story on controversial grounds. Some paintings hang on tenaciously and feature in exhibitions and catalogues. Others get dismissed more rapidly.There’s nothing wrong in this, because ultimately this is one of the great fascinations of connoisseurship and scholarship.

The Toulouse Judith Beheading Holofernes is a fascinating painting that throws significant light on the context of Caravaggio’s short but intense first Neapolitan stay, from September 1606 to June 1607, before his very unexpected departure for Malta. The traditional narrative is of the artist as a loner, working in isolation, jealously guarding his methods, and averse to artistic exchange. In reality, he most likely worked in a context of colleagues walking into their fellow artists’ workspaces to exchange views and help each other. That Caravaggio disliked rivals in Rome is well known, but he also had many artists who were close to him. Caravaggio clearly needed help in Naples; he required studio space, materials, carpenters, and manpower to (at the very least) stretch the large canvases of paintings such as the Virgin of the Rosary (Kunsthistorisches Museum, Vienna), the Seven Works of Mercy (Pio Monte della Misericordia, Naples), Crucifixion of St Andrew (Cleveland Museum of Art) and the Flagellation (Museo di Capodimonte). It seems that he got particularly close to the workshop of the Flemish painter Louis Finson, who had settled in Naples in 1605 (or shortly before), and most probably established a working relationship with him.

The Toulouse painting, more than anything else, seems to emerge from this context. It has the undeniable aura of Caravaggio’s ‘presence’, of being painted by someone who knew Caravaggio’s manner and technique well, and by someone who probably interacted with the artist regularly.  On the other hand, it lacks the strength of Caravaggio’s Neapolitan works, the sheer power of narrative, the striking surety of brushwork, the dramatic vigour of approach, and the intensity of his characters.

Its sale in June coincided with the notable exhibition Caravaggio Napoli (12 April – 14 July 2019) at the Museo di Capodimonte (and the Pio Monte della Misericordia) where his Neapolitan masterpieces were placed in close proximity.  In the halls of that show, one could not fail to note that the Judith (absent for obvious reasons) would not have made the mark as an autograph work by the Lombard artist.    In many ways, it should have been there, because the exhibition also explored the immediate context around Caravaggio and the works of those who were instantly impacted by the power of his brush.   Had the painting been in the exhibition, it might have been pulled from the auction for a different reason.

Keith Sciberras is Head of Department in History of Art at the University of Malta. He has published extensively on the subject of Caravaggio, Roman Baroque sculpture, and 17th and 18th century painting in Malta. He is the recipient of an Andrew W. Mellon Senior Fellowship in the Department of European Paintings, Metropolitan Museum of Art, New York, and has been awarded the National Book Prize (Malta).