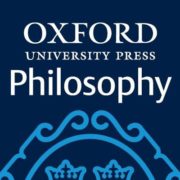 Michel Foucault (1926-84) was one of the most influential and notable French philosophers and historians of ideas, best known for his theories on discourses and the relation of power and knowledge. His seminal works such as L’histoire de la folie à l’âge classique (1972, trs. as History of Madness, 2006), Surveiller et punir (1975, trs. as Discipline and Punish, 1977), and Histoire de la sexualité (1976–84, trs. as History of Sexuality, 1979–88) examine the emergence of the powerful, state institutions (penal, scientific, and medical), and their mechanisms of control. They chart western attitudes towards the insane, criminals, and sexual deviants and consider the ways in which societies have penalized those who are outside the norms. Though notoriously difficult, his theories have been groundbreaking and applied across a range of disciplines from philosophy, literary criticism, anthropology, sociology, gender studies, and queer theory.

Born in Poitiers, he was educated at the École Normale Supérieure in Paris where he was a student of Louis Althusser and Maurice Merleau-Ponty. He began his teaching career at various European universities in Germany, Sweden, and Algiers in 1950s before returning to France to the chair of philosophy at the University of Clermont-Ferrand and the University of Vincennes in Saint-Denis. He was appointed professor of the history of systems of thought at the prestigious Collège de France in 1970. Politically active from the 1970s onwards, he was the founder of the Groupe d’informaiton sur les prisions (established in collaboration with Jean-Marie Domenach and Pierre Vidal-Naquet for the purpose of distributing information about conditions in French prisons), and often protested on behalf of the marginalised group.

Throughout his career, Foucault was interested in how institutions use science and knowledge as an instrument of power to subjugate humans under the control of the experts. Like Friedrich Nietzsche, Foucault saw knowledge and power as inextricably linked. Folie et déraison (1961, trs. as Madness and Civilization, 1965) or L’histoire de la folie à l’âge classique (1972, trs. as History of Madness, 2006) critique the institution of psychiatry. It is a study of the emergence of the concept of mental illness in Europe, based on his extensive archival research, and expresses his mistrust of the underlying agenda of modern psychiatry. Foucault believed that the medical treatments for the insane, instead of curing and liberating them, were repressive and oppressive, and were ways of controlling challenges to conventional society morality.

Out of concern for French penal reform, Foucault examined the changes in penal practices in Surveiller et punir (1975, trs. as Discipline and Punish, 1977). The book charts the shift from the standard executions of the pre-modern era to the creation of the nineteenth-century prison. At the beginning of the book, he recounted the gruesome details of the fate of French soldier, Robert-Francois Damien, who was tortured and torn apart in a horrifying and lurid public spectacle for attempted regicide of King Louis XV.  He then juxtaposed this scene with a timetable and list of regulations of a nineteenth century institution for young offenders, where every motion is prescribed and monitored. While recognizing that the modern way of imprisoning criminals was gentler and more humane, he argued that the emergence of modern prison was a mechanism of more effective control. He further argued that these strategies of discipline and confinement became the model for control of an entire society, with factories, schools, and hospitals modelled on the modern prison.

His reputation also rests on Histoire de la sexualité (1976–84, trs. as History of Sexuality, 1979–88), a subversive multi-volume work on various themes of modern sexuality, left incomplete before his death. Foucault was himself a homosexual living in France when it was still not widely accepted. The work is seen as a continuation of the genealogical approach of Surveiller et Punir (1975, trs. as Discipline and Punish, 1977), and showed the intricate links between various modern fields of knowledge about sexuality and the power structures of society. Foucault believed that modern control of sex operates like the modern control of criminals by making sex an object of medical discourse and discursive scientific disciplines.

Foucault repudiated the view that sexuality was repressed during the Victorian era. He argued that in fact there was a proliferation of new medical, juridical, and psychological discourses concerning sex and obsessive discussions about sex, and these led to the construction of sexual identities, designed to regulate rather than suppress sexuality. Foucault famously put forward the view that the homosexual category did not exist until the 19th century. Although same sex relations have been practiced throughout history, people who practised homosexuality were not classified as homosexuals, and did not think of themselves in terms of sexuality.

In the last few years of his life, Foucault delved into the ancient Roman and Greek texts to look at their perception of sex and pleasures and the emergence of the codes of morality from ancient pagan to early Christianity, L’Usage des plaisirs (1984, trs. as The Use of Pleasure, 1985) and Le Souci de soi (1984, trs. as The Care of the Self, 1985). These last two books marked an important turn in Foucault’s thinking about ethics from the power/knowledge work of the 1970s. They drew on the ancient ideas of the art or the aesthetics of existence, and the philosophy of life focused on “the care of the self” as a means to contest the structures of social institutions. Whereas the earlier works examined the political subjugation of humans, in these late works Foucault argued that, as self-determining individuals, we can resist our own subjection and have the capacity to transform our lives ourselves.

Foucault’s other key works include Naissance de la clinique (1963,  trs. as The Birth of the Clinic, 1973), which examined the rise of the medical profession, Les Mots et les choses (1966, trs. as The Order of Things, 1970) on the origins of the modern human sciences, and L’Archéologie du savoir (1969, trs. as The Archaeology of Knowledge, 1972), a treatise on his archaeological method and theory.

Panumas King is a marketing executive for Philosophy.

Albert Camus and the problem of absurdity