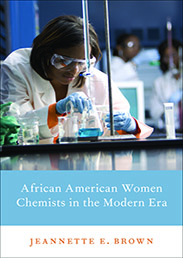 The year 2019 is the 150th anniversary of the publication of Russian chemist Dmitri Mendeleev’s Periodic Table. The Periodic Table is a tabular arrangement of all elements. Mendeleev developed it to recognize patterns of the known elements. He also predicted that later scientists would fill in new elements in the gaps of his table. Today’s periodic table now provides a useful framework for analyzing chemical reactions and continues to be widely used in chemistry, nuclear physics, and other sciences.

While many chemists have been involved in the development of the periodic table, some stand out more than others. One such person is James Andrew Harris, the first African American to contribute to the discovery of a new element. Harris’ discoveries took place in the late 1960’s long after Mendeleev published the first periodic table in 1869.

Harris was an essential member of the team at Lawrence Berkeley Laboratory that discovered two previously unknown elements—Element 104, Rutherfordium, detected in 1964, and Element 105, Dubnium, detected in 1970. The first African American scientist to play a key role in the search for new elements, he was once described by a writer for Ebony magazine as a “hip, scientific soul brother.”

Harris was born in Waco, Texas, in 1932 and raised by his mother after his parents divorced. He left Waco to attend high school in Oakland, California, but returned to Texas to study science at Huston-Tillotson College in Austin. After earning a B.S. in chemistry in 1953 and serving in the Army, he confronted the difficulties of finding a job as a black scientist in the Jim Crow era.

When Harris first began looking for a job after graduating with a B.S. in chemistry, he was met with shock and incredulity. It was 1955, and many employers found it hard to believe that an African-American was applying for a job as a chemist.

But he persisted in his search and landed employment in 1955 at Tracerlab, a commercial research laboratory in Richmond, California. Five years later, he accepted a position at the Lawrence Radiation Lab (later renamed Lawrence Berkeley Laboratory), a facility of the Department of Energy operated by the University of California.

There he worked in the Nuclear Chemistry Division as head of the Heavy Isotopes Production Group. His responsibility was to purify and prepare the atomic target materials that would be bombarded with carbon, nitrogen, or other atoms in an accelerator in an effort to create new elements. The purification process was extremely difficult, and Harris was regarded highly for his meticulous work in producing targets of superb quality.

Harris was so respected for this work that his colleagues went on to say that his target was the best ever produced in their laboratory. Harris’ targets allowed for the discoveries of Rutherfordium and Dubnium to occur. They were especially important as they occurred during the Cold War around the same time Russian scientists at the Joint Institute for Nuclear Research were attempting the same work. Both of these elements are considered to be superheavy, meaning that they contain more than 92 protons in their nucleus, and are highly unstable, radioactively decaying so quickly that most stable form of Rutherfordium has a half-life of only 1.3 hours.

After the discovery, Harris continued to work at the Lawrence Berkeley Laboratory where he was active in nuclear research chemistry. He devoted much of his free time to recruiting and supporting young black scientists and engineers, often visiting universities in other states. Harris even worked with elementary school students, particularly in underrepresented communities, to encourage their interest in science. These efforts brought him many awards from civic and professional organizations, including the Urban League and the National Organization for the Professional Advancement of Black Chemists and Chemical Engineers.

Harris had his own trading card from a campaign created by Educational Science Books. The company took the idea of baseball cards and instead made trading cards for scientists, an item that proved to be a great icebreaker for Harris with the children he visited. His commitment led him to be a member of the Big Brothers of America, the Parent-Teachers Association, and the Far West High School Policy Board.

Harris retired from the Lab in 1988. Although his community work continued, most of his time was devoted to family, travel, and golf. Harris, along with his wife, often joined friends all over the United States, the Caribbean, and the Pacific Islands for friendly rounds of golf. He died of a sudden illness in December 2000 at the age of 68. Even with all of his accomplishments, Harris is most remembered by his colleagues for his personal qualities, and for his impact on the periodic table which continues to live on.

Jeannette E. Brown is a former Research Chemist for Merck & Co. Inc. and a former Faculty Associate at the New Jersey Institute of Technology.