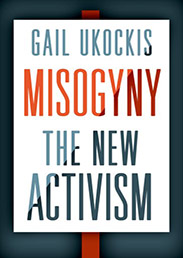 In 1906, an 86-year-old woman greeted a room full of suffragists who were still fighting for the right to vote. Susan B. Anthony made her last public statement: “But with all the help with people like we have in this room, failure is impossible.” She died a month later, and it took until 1920 for women to be finally able to vote. In this era of a president who is proud to be a pussy-grabber, it is understandable for feminists to still get discouraged. Yes, lawmakers are trying to restrict a woman’s bodily autonomy through drastic anti-abortion laws. Yes, the stories of sexual assault/harassment are depressing because of their ubiquity as seen in the high-profile cases such as R. Kelly and the millions of MeToo posts. However, Susan B. Anthony’s defiant statement that “failure is impossible” still rings true. Here are seven reasons why her optimism is still spot-on.

Failure is impossible. These are words not only of hope but of joy because the future has so much potential. Whether I talk to a young person who is excited about making a change or a veteran activist who has endless perseverance, I know that equality is not only possible but probable. We are honored to continue the fight of the suffragists.

Gail Ukockis, PhD, MSW, LSW, MA, is an educator and social worker who had taught a Women's Issues course for eleven years at Ohio Dominican University. As author of the textbook Women's Issues for a New Generation: A Social Work Perspective (Oxford University Press, 2016), Dr. Ukockis combined her intellectual insights with an engaging writing style. Her graduate studies in history, alongside her PhD in social work and practice experience with diverse clients, have given her a unique perspective stressing practical action to fight sexism.