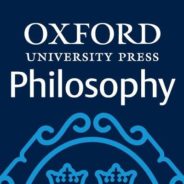 This August, the OUP Philosophy team honours Saint Thomas Aquinas (1224/5-1274) as their Philosopher of the Month. The Italian philosopher, theologian, and Dominican friar is regarded by many as the greatest figure of scholasticism. Thomism and Neo-Thomism are both popular schools of thought related to the philosophical-theological ideas of Aquinas.

Thomas Aquinas’ written output was both broad and vast. His work included numerous translations and commentaries on Aristotle, theological writings, and the two major texts for which he is best known, the Summa contra Gentiles (‘Against the Errors of the Infidels’), and the Summa Theologiae, universally acknowledged to be the crowning achievement of medieval systematic theology. Eight million words is a conservative estimate of his written output, despite dying at the age of no more than 50.

Although many have named him the greatest of the medieval philosopher-theologians, he and his work have received centuries of neglect by thinkers outside of the Catholic Church. Aquinas’ writings are increasingly studied by members of the wider philosophical community, however, and his insights have been put to work in present-day philosophical debates in the fields of philosophical logic, metaphysics, epistemology, philosophy of mind, moral philosophy, and the philosophy of religion.

For more on Thomas Aquinas’ life and work, browse our interactive timeline below: