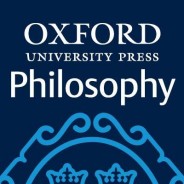 This March, in recognition of Women’s History Month, the OUP Philosophy team will be celebrating Women in Philosophy. The philosophy discipline has long been perceived as male-dominated, so we want to recognize some of the incredible female philosophers from the past including Simone de Beauvoir, Mary Wollstonecraft, and Hannah Arendt, plus female philosophers doing great things in 2018 like Martha Nussbaum, Clare Chambers, and Kate Manne. 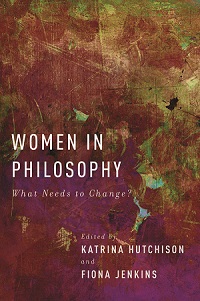 Women in Philosophy: What Needs to Change?, edited by Katrina Hutchison and Fiona Jenkins

Why are professional philosophers today still overwhelmingly male? Some assume that women need to change to fit existing institutions. Instead, this book offers concrete reflections on the ways in which philosophy needs to change to benefit from the important contribution that women’s full participation makes to the discipline.

Down Girl: The Logic of Misogyny, by Kate Manne

Down Girl is a broad, original, and far-ranging analysis of what misogyny really is, how it works, its purpose, and how to fight it. Kate Manne argues that misogyny should not be understood primarily in terms of the hatred or hostility some men feel toward women. Rather, it’s primarily about controlling, policing, punishing, and exiling the “bad” women who challenge male dominance. Down Girl examines recent and current events, showing how these events, among others, set the stage for the 2016 US presidential election.

The Social and Political Philosophy of Mary Wollstonecraft, edited by Sandrine Bergès and Alan Coffee

Bergès and Coffee bring together new essays from leading scholars exploring Mary Wollstonecraft’s moral and political philosophy, both taking a historical perspective and applying her thinking to current academic debates. Subjects include Wollstonecraft’s ideas on love and respect, on friendship and marriage, motherhood, property in the person, and virtue and the emotions, as well as the application for current thinking on relational autonomy, animal rights, and children’s rights. 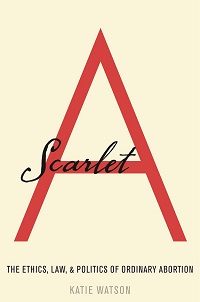 Hypatia: The Life and Legend of an Ancient Philosopher, by Edward J. Watts

Hypatia: The Life and Legend of an Ancient Philosopher brings to life Hypatia’s intellectual and political triumphs, uncovers the unique challenges she faced as a female teacher in a man’s world, details the tragic story of her murder, and shows why her story has fascinated people for 1600 years.

Scarlet A: The Ethics, Law, and Politics of Ordinary Abortion, by Katie Watson

Twenty-one percent of American pregnancies end in abortion; although statistically common, and legal since 1973, abortion still bears significant stigma–a proverbial “scarlet A.” Fear of this stigma leads most of those involved to remain silent. This book brings abortion out of the shadows and invites a new conversation about its actual practice, ethics, politics, and law. Katie Watson lends her incisive legal and medical ethics expertise to navigate wisely and respectfully one of the most divisive topics of contemporary life.

Against Marriage: An Egalitarian Defense of the Marriage-Free State, by Clare Chambers

Against Marriage is a radical argument for the abolition of state-recognized marriage. Clare Chambers argues that state-recognized marriage violates both equality and liberty, even when expanded to include same-sex couples. Instead Chambers proposes the marriage-free state: an egalitarian state in which religious or secular marriages are permitted but have no legal status. 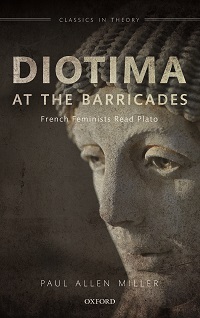 ellectual life in post-modern France involved complex, structured, and reciprocal exchanges on the interpretation and position of Plato and other ancient texts in the western philosophical and literary tradition.

This volume offers a collective study of liberty as discussed by female philosophers, and as theorized with respect to women and their lives, in the 17th and 18th centuries. The contributors cover the metaphysics of free will, and freedom in women’s moral, personal, religious, and political lives. Women and Liberty, 1600-1800 brings attention to women’s neglected yet sophisticated contributions to numerous philosophical issues.