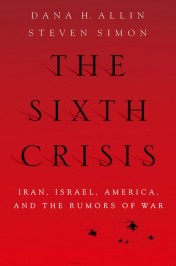 The Sixth Crisis: Iran, Israel, America, and the Rumors of War

“Deliberate ambiguity” notwithstanding, Israel’s’ core nuclear posture has remained consistent. It asserts that the tiny country’s presumptive nuclear weapons can succeed only through calculated non-use, or via systematic deterrence. By definition, of course, this unchanging objective is based upon the expected rationality of all pertinent adversaries.

Significantly, from the standpoint of operational deterrence, national enemies of the Jewish State must be considered rational by Jerusalem/Tel-Aviv. This is the case even though such enemies could operate in alliance with other states, and/or as “hybridized” actors working together with specific terror groups. At some point, moreover, Israel’s nuclear enemies might need to also include certain sub-state adversaries that could act alone.

For the country’s nuclear deterrence posture to work long-term, prospective aggressor states will need to be told more rather than less about Israel’s nuclear targeting doctrine. To best prepare for all conceivable nuclear attack scenarios, Israel must plan for the measured replacement of “deliberate ambiguity” with certain apt levels of “disclosure.” In this connection, four principal scenarios should come immediately to mind. When examined properly and comprehensively, these coherent narratives could provide Israel with much-needed theoretical foundations for preventing a nuclear attack or a full-blown nuclear war.

Should an enemy state or alliance of enemy states ever launch a nuclear first-strike against Israel, Jerusalem would respond, assuredly, and to whatever extent possible, with a nuclear retaliatory strike. If enemy first-strikes were to involve other available forms of unconventional weapons, such as chemical or biological weapons of mass destruction (WMD), Israel might then still launch a nuclear reprisal. This grave decision would depend, in large measure, upon Jerusalem’s informed expectations of any follow-on enemy aggression, and on its associated calculations of comparative damage-limitation.

If Israel were to absorb a massive conventional attack, a nuclear retaliation could not automatically be ruled out, especially if: (a) the state aggressors were perceived to hold nuclear and/or other unconventional weapons in reserve; and/or (b) Israel’s leaders were to believe that non-nuclear retaliations could not prevent annihilation of the Jewish State. A nuclear retaliation by Israel could be ruled out only in those discernible circumstances where enemy state aggressions were clearly conventional, “typical” (that is, consistent with all previous instances of attack, in both degree and intent) and hard-target oriented (that is, directed towards Israeli weapons and related military infrastructures, rather than at its civilian populations).

Israel must prepare systematically for all conceivable nuclear war scenarios.

Should Israel ever feel compelled to preempt enemy state aggression with conventional weapons, the target state(s)’ response would largely determine Jerusalem/Tel Aviv’s next moves. If this response were in any way nuclear, Israel would doubtlessly turn to some available form of nuclear counter retaliation. If this retaliation were to involve other non-nuclear weapons of mass destruction, Israel could also feel pressed to take the escalatory initiative. Again, this decision would depend upon Jerusalem/Tel Aviv’s judgments of enemy intent, and upon its corollary calculations of essential damage-limitation.

It is highly implausible that Israel would ever decide to launch a preemptive nuclear strike. Although circumstances could arise wherein such a strike would be both perfectly rational, and permissible under authoritative international law, it is unlikely that Israel would ever allow itself to reach such irremediably dire circumstances. Moreover, unless the nuclear weapons involved were usable in a fashion still consistent with longstanding laws of war, this most extreme form of preemption could represent an expressly egregious violation of international law.

Even if such consistency were possible, the psychological/political impact on the entire world community would be strongly negative and far-reaching. An Israeli nuclear preemption could be expected only: (a) where Israel’s pertinent state enemies had acquired nuclear and/or other weapons of mass destruction judged capable of annihilating the Jewish State; (b) where these enemies had made it clear that their intentions paralleled their genocidal capabilities; (c) where these enemies were believed ready to begin an operational “countdown to launch;” and (d) where Jerusalem/Tel Aviv believed that Israeli non-nuclear preemptions could not achieve the needed minimum levels of damage-limitation — that is, levels consistent with physical preservation of the Jewish State.

This means that in order to satisfy its most indispensable survival imperatives, Israel must take appropriate steps to ensure the likelihood of (a) and (b) above, and the simultaneous unlikelihood of (c) and (d).

Without hesitation, Israel must prepare systematically for all conceivable nuclear war scenarios. To best ensure national survival, no other preparations could possibly be more important. In this connection, Israel should never forget that its presumptive nuclear weapons are intended for deterrence ex ante, not revenge ex post.

Louis René Beres was educated at Princeton (Ph.D., 1971), and is the author of many books, monographs, and articles dealing with Israeli nuclear strategy. Emeritus Professor of International Law at Purdue, he has lectured on this topic for more than forty years at universities and leading academic centers for strategic studies. His twelfth book, Israel's Nuclear Strategy: Surviving amid Chaos, was published by Rowman and Littlefield, in 2016. In December 2016,  Beres co-authored a special monograph at Tel-Aviv University with General (USA/ret.) Barry McCaffrey, Israel's Nuclear Strategy and American National Security.