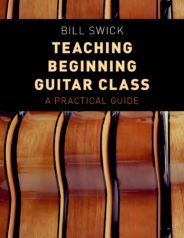 The National Association for Music Education (NAfME) formerly known as MENC is the world’s largest arts education association. Amongst its many roles, NAfME holds annual conferences to provide professional development and support to active music educators. Leaders in the field of music education brought the message that enrollments in band, choir and orchestra were declining and music educators were going to have to become creative in offering music classes which students will be interested in attending.

This message of declining enrollment was delivered at the 2005 annual conference held in Minneapolis, MN. The atmosphere of this conference was on the dark and gloomy side as music educators began processing new information about having to do something differently to attract students into their classrooms. After all, this was not just a prediction. The hard-working folks at the NAfME headquarters had hard data to back up this claim.

In 2005, there were only a small number of states that were already thinking this way. Virginia, New Mexico and Nevada had been offering classes in guitar for over a decade by this time. The enrollment numbers in these classes were quite high and the challenge was finding qualified, licensed music educators capable of teaching guitar as a serious instrument. Arizona and Nevada had also added Mariachi classes as an alternative with a great deal of success.  Like the guitar classes, finding qualified, licensed music educators who had a strong background in Mariachi was and remains a challenge.

During the 2005 NAfME conference, suggestions were made to offer music classes in Rock Band, the History of Rock, the History of Jazz, Jazz Band, Jazz Choir, Show Choir, Barbershop, Opera, Percussion Ensemble, Steel Drums, Guitar, Mariachi, Folk Guitar, Rock Guitar, Jazz Combos, and on and on. There seemed to be an endless list of creative solutions for attracting students who seemed to spend a lot of time playing video games and Guitar Hero. Guitar Hero was released in November of 2005 just in time for the holiday season of that year. History indicates there was a particular high interest in students joining guitar classes between the years 2006-2010 which may be directly tied to the popularity of Guitar Hero.

Schools began to respond.  In many cases, the band director did not have six classes of band, but maybe three classes of band, one class of jazz band, and two classes of music appreciation or other fillers to make up for not having six classes of band.  Schools quickly learned they could attract the numbers needed to fill guitar classes.  In some cases, the band teacher, choir teacher and even the orchestra teacher were given guitar classes to teach to complete their schedules.  In many cases, these music teachers did not play the guitar and many had no interest in learning to play the guitar.

About a decade earlier, in 1995, NAMM (National Association of Music Merchants), GAMA (Guitar Accessory Manufacturers Association) and NAfME (National Association for Music Education) joined together to create Teaching Guitar Workshops, a five-day workshop offered during the summer which is targeted to non-guitar playing music educators who may decide to offer a guitar class at school.  It is estimated by this organization that over three thousand school music teachers have attended one or more of these summer workshops since its inception and these teachers have collectively taught over one and a quarter million guitar students.

In 1996, Clark County School District located in Las Vegas, NV started the first guitar program in one middle school.  Fifteen years after starting the first guitar class in one school, Clark County offered guitar classes in a total of sixty-two schools with approximately five thousand, seven hundred guitar students enrolled.  At the time, few colleges were offering a music education degree with an emphasis in guitar, so finding qualified, licensed guitar teachers was a major challenge.  Of the sixty-two music educators teaching guitar, only twelve had majored in college on guitar.  The other fifty music educators had majored in areas related to band, choir and orchestra.  Many from this group had never played a guitar.

For years, Clark County experienced a thirty percent annual turnover of music educators who were teaching guitar as a secondary instrument.  Music educators were demonstrating they would rather change or quit their jobs than teach guitar.  At some point, school principals began eliminating guitar classes in order to retain the music teachers.  At the same time, Clark County became more aggressive with offering regular professional development classes in how to teach guitar and weekly lesson plans for the teachers with supplementary teaching materials for those non-guitar playing music educators.

Because the growth of guitar classes in Clark County was so explosive, there were mistakes made as most decisions were being made by trial and error.  The take-away from forcing music educators to teach alternative music classes is there needs to be plenty of supportive professional development, a mentoring program and a supply of weekly materials to assist teachers for their success in teaching in an area in which they are not familiar.   Today, after twenty-one years, Clark County offers guitar classes in forty schools and now has stability in teacher retention. Clark County has been able to hire more teachers who have majored in guitar at college and a number of music teachers have found they prefer teaching guitar full time as opposed to teaching band part-time.

Bill Swick currently teaches guitar at the twelve-time GRAMMY award winning Las Vegas Academy of the Arts and is the guitar task force chair for Clark County School District and the chair for the NAfME Council for Guitar Education.  Swick is the author of Teaching Beginning Guitar Class:  A Practical Guide.