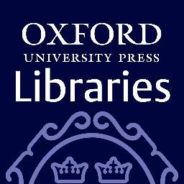 Comics is both a medium—although some would say it’s an art form—as well as the texts produced in that medium. Publication formats and production modes differ: for instance, comics can be short-form or long-form, serialized or stand-alone, single panel or sequential panels, and released as hardcovers, trade paperbacks, floppies, ‘zines, or in various digital formats. Superheroes as a comics genre may get the most attention, especially given the high profile films and televisions shows such as Wonder Woman (2017 film), Luke Cage (2016 –  series), and Avengers: Age of Ultron (2015 film), but comics is more than superheroes. Creators use comics to tell tales of horror (e.g. Harrow County), romance (e.g. Fresh Romance), slice of life (e.g. Aya), and fantasy (e.g. Monstress), as well as share factual information about notable people (e.g. Strange Fruit, Vol. 1: Uncelebrated Narratives from Black History), science and medicine (e.g. Trinity: A Graphic History of the First Atom Bomb), social and political conditions (e.g. Zahra’s Paradise), and more. Some comics even reimagine works of literature (e.g. Octavia E. Butler’s Kindred).

Libraries and academic institutions have been slow to embrace comics in their collections and classrooms. Although there are outliers, US libraries only began to get serious about collecting comics in the late-1990s with most of the sustained interest and growth happening in the past decade. At the American Library Association’s 2017 Annual Meeting in Chicago, a full day of programming was held on comics and the exhibition hall even included an artists’ alley, where attendees could meet a couple of dozen cartoonists: this sort of intensive attention to comics in library settings was unimaginable even ten years ago. A quick and dirty search of doctoral dissertations in which the word “comics” appears in the abstract gives evidence to increasing academic attention: since 2000, nearly 1400 dissertations were published, which is roughly equal to the number published between 1930 and 1999 (and most of those were published in the 1980s and 90s).

A chief reason for this delayed interest in comics among US librarians is a long-held prejudice against the medium. For instance, in the early 1900s as newspaper comic strips began to be syndicated and reach wider audiences, many librarians chose to remove the comics pages from newspapers to keep the library more quiet and orderly, as well as to protect young readers their “poor drawings, worse colors and bad morals.” Those sentiments continued and grew, peaking in the 1950s with psychiatrist Fredric Wertham’s Seduction of the Innocent, which lambasted comics for their purported degradation of young people’s mental hygiene, and the introduction of the Comics Code Authority, an industry content regulation group which came into being because of fears that the US government might regulate comics following 1954 Senate hearings. These actions, among many others, helped encourage long-standing opinions that comics of all kinds were juvenile and immoral texts that did merit collection.

As I noted, librarians and educators are beginning to change their perceptions of comics and embracing them as tools and texts for pleasure reading, student learning, and academic inquiry. Some of my own scholarship and teaching has been in at least a small way instrumental in these changes. For instance, since 2011, I have taught a regular course on reader’s advisory for comics in my role as a faculty member of the iSchool at University of Illinois. Similarly, in 2012, I published research that noted falsifications and discrepancies in Fredric Wertham’s research that calls into question his belief that comics reading is harmful. I have the pleasure of speaking on comics history and the role of comics in libraries throughout the US—including at events like NASIG 2017 and an American Library Association-sponsored talk at New York Comic Con—and helping librarians and educators understand the importance and legitimacy of comics in the lives of readers.

To help you learn more about what’s happening with regard to libraries, academic institutions, and comics, I’ve put together some links to library collections and scholarly groups for you to explore. These sources are only a beginning. Comics are an important part of our US cultural heritage and there are rich traditions of comics and cartooning around the world, from France to Japan to Argentina to India. Comics belongs to all of us and deserves space in our collections and classrooms.

Carol Tilley is an associate professor in the School of Information Sciences at University of Illinois, where she teaches courses in comics reader’s advisory, media literacy, and youth services librarianship. Part of her scholarship focuses on the intersection of young people, comics, and libraries, particularly in the United States during the mid-twentieth century. Her research on anti-comics advocate Fredric Wertham has been featured in The New York Times and other media outlets. She was a 2016 judge for the Eisner Awards, the premiere awards of the comics industry.