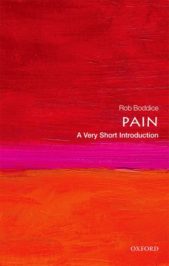 On Friday 24 June, 2016, I awoke in my Berlin apartment and eagerly logged on to see the news of the United Kingdom’s decision to remain in the European Union. As a British migrant who had called Germany home for 7 years of my adult life, I had come to have an acute sense of the importance of EU membership. While I could make any number of arguments in the abstract, at heart I had a personal vested interest in the Union, for it was my bread and butter. The news of a narrow majority in favour of Brexit was a profound shock. I grieved. The hollow, empty, gut-punched, sick feeling that leaves one weak and needing to sit and to hold one’s head in one’s hands: that was Brexit for me. The initial effect lasted a few hours. Afterwards, a benumbed sense of incredulity and denial set in, for many weeks, in which I daily looked for signs that the vote wasn’t binding, that there had been a terrible mistake, that what was done could be undone. While the terms of the departure are far from fixed, the denial is over, replaced by constant barbed reminders of what has been lost and of the meagre hopes of anything to be gained. Such are the painful stages of grief.

Against the grain of much twentieth-century research on the nature and function of pain in humans, which tended to focus on injury and the bodily mechanics of pain signalling, recent neuroscientific research has opened a new front in the study of social and emotional pain. The premise is simple enough: when a person says they are in pain, they are in pain. It doesn’t matter whether the cause is a broken leg or bereavement or social isolation, pain is pain. The question, then, is whether what is happening in the brain corroborates what people say about being in pain, irrespective of whether there is a physical injury.

It transpires that pain only becomes meaningful, only becomes pain per se, when ‘painful’ stimuli have been affectively processed by the brain. From two different research directions, we have come to understand pain as something that the brain constructs, according to the cultural context, experience, fears, anxieties, and aversions of the person in pain.

The first direction comes from the study of those with pain asymbolia, a congenital condition characterised by full sensory awareness of the kind of stimuli that we would consider likely to cause pain, but marked by a complete absence of any kind of affective response to such stimuli. There is no fear, no anxiety, no flinch when a person with pain asymbolia is met with what we might call threat. On a sprained ankle, such a person would not limp. Coming too close to a fire, such a person would feel heat, but not aversion. The dangers, of course, are obvious, and the problem has been located as a failure in the brain’s affective processing. In sum, ‘pain’ without affective meaning is not really pain at all.

If this is a negative deduction about the importance of affect in pain, the second research direction seems to confirm the relationship in a positive way. Naomi Eisenberger’s now famous ‘cyberball’ experiment showed that social exclusion – in this case, participants were excluded from an electronic game of catch – was affectively processed in the brain in a similar way to those enduring physical torment. Exclusion, it transpires, hurts.

As I bundled these research strands together with my own on the history of pain, I came to understand that, for most of history, people have had an implicit understanding of the reality of emotional or social pain. An etymological and translation journey through the languages of pain shows a clear and long-standing relationship between pain, grief, woe, toil, agony and despair. When people talk of their pain at the loss of a loved one, or at the end of a relationship, they are not employing a metaphor. Broken hearts are, in fact, painful.

All of which brings me back to Brexit, the feelings of which have since been augmented by a series of national calamities. I do not think it unreasonable to talk, under such conditions, of a nation in pain, and to mean pain literally and not metaphorically. Yet we are remarkably poorly kitted out to measure such a phenomenon, let alone treat it. The world is awash in happiness indices, and the politics of social happiness have become increasingly important in recent years. But what of pain indices? To what extent does a nation really suffer, as a collective? Can it be analysed, studied methodically, and can the pain be salved? If pain is caused politically, is there also a politics of pain relief? These are questions to which I have no answers, but we cannot begin to derive them until we first acknowledge the reality of social pain, writ large.

Rob Boddice is Wissenschaftlicher Mitarbeiter in the Department of History and Cultural Studies at Freie Universität Berlin and a Research Associate of the Center for the History of Emotions, Max Planck Institute for Human Development. Boddice holds a Ph.D in History from the University of York (2006). He is the author of Pain: A Very Short Introduction.