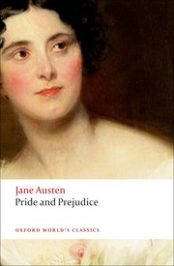 Mark Twain was notoriously unimpressed. “I often want to criticise Jane Austen,” he fumed with flamboyant but heartfelt irritation. “Every time I read Pride and Prejudice I want to dig her up and beat her over the skull with her own shin-bone!”

Twain’s furious rejection of Austen’s world reveals his deep allegiance to a very different literary tradition, a tradition that prizes individual ambition over public engagement, uncharted territory over social convention, and adventurous masculinity over traditional femininity. Ironically, of course, what Twain found so provoking—Austen’s preoccupation with domesticity, elegance, and courtship—are the same qualities that have won her legions of devoted fans, many of whom read her novels as comfy escapism, where not even the political strife of contemporary England or the horrors of the Napoleonic Wars ravaging Europe are allowed to disrupt the course of true love, or the inevitability of a happy ending.

Both camps have a point. Austen’s six published novels are not as claustrophobic as Twain’s outburst suggests, but they are all poised and tightly constructed comedies of manners that centre on the commonplace, apparently trivial, events in the lives of “3 or 4 Families in a Country Village,” as Austen herself acknowledged in a letter to her niece of September 1814. Austen’s fandom, too, is right to insist that no one tells a love story like Jane Austen. Her novels are all swoon-inducing tales that feature handsome men, pretty women, witty dialogue, and elaborate codes of propriety, and they all focus on a hero and heroine who overcome various obstacles in order to find richer versions of themselves and joy in each other. Famously, in the case of Pride and Prejudice, Austen herself fretted that it was “rather too light & bright & sparkling,” though she stood by her heroine, Elizabeth Bennet, whom she considered “as delightful a creature as ever appeared in print.”

Austen’s mastery of domestic comedy and romantic wish-fulfillment accounts in part for her enduring popularity. But as we mark the two hundredth anniversary of her death, it is her other achievements as a novelist that have even greater claims upon our attention, and that have also shaped her status as one of our most important writers. Austen, observed Virginia Woolf, was “mistress of much deeper emotion than appears upon the surface,” for beneath the shimmering veneer of all her novels lie pressing questions concerning class, money, matrimony, sexual attraction, and female subjugation. Spinsterhood haunts many of Austen’s women, as do the very real threats posed by loss of reputation, abandonment, poorly-paid employment, and poverty, to say nothing of the small number of years they have to secure a partner before they are deemed too old and forced onto the shelf by younger rivals. Better than anyone else either before or since, Austen wrote novels that combine romance with satire, and fairy-tale enchantment with bitter social realism. She knew that our biggest hopes sometimes rest on the smallest events, and that tragedy can be played out, not just on a national stage or a foreign battlefield, but on a country walk or during a drawing-room conversation.

Austen, observed Virginia Woolf, was “mistress of much deeper emotion than appears upon the surface,” for beneath the shimmering veneer of all her novels lie pressing questions concerning class, money, matrimony, sexual attraction, and female subjugation.

In Pride and Prejudice, as Twain’s rancour suggests, Austen examines all of these issues with disarming clarity, and especially in two of the novel’s most celebrated scenes, both of which demonstrate her remarkable ability to blend passionately-felt private emotion with much larger cultural and political concerns. In the first, the novel’s haughty, smouldering hero, Mr Darcy, makes Elizabeth what is—at least in his own mind—a very romantic proposal of marriage, and he does so entirely confident that she will accept him. Yes, he knows he should not be even contemplating such an offer. Her social and economic situation in life is so far below his own as to be a degradation to him. But how very satisfying it must be now for her to learn that he cannot help himself. His love for her is overwhelming. He would like her to be his wife. This is the gist of what he tells her.

The comeuppance she gives him is unforgettable. Darcy is very pleased to think of himself as an English “gentleman,” but he has fallen in love with a woman who simply does not accept that his land, money, and rank equal respectability, or that because of them he is entitled to think of himself as her superior. When she refuses him, she states that she might have felt more concern had he “behaved in a more gentleman-like manner.” Those words literally stagger him. They signal a powerful collision between his elitist assumptions and her bourgeois aspirations. Darcy thinks that he was born a gentleman. Elizabeth hopes that someday he might become one. He is stuck in the past. She can see the future. She believes in meritocracy over aristocracy, individual preference over dynastic alliance, and female desire over male presumption.

In the second scene, Darcy’s dreadful aunt, Lady Catherine de Bourgh, confronts Elizabeth over her possible engagement to Darcy, and insists that she give up any idea of quitting the sphere in which she has been brought up. Elizabeth is not about to be pushed around by a snob. “In marrying your nephew, I should not consider myself as quitting that sphere,” she retorts. “He is a gentleman; I am a gentleman’s daughter; so far we are equal.” Not in Lady Catherine’s eyes. “Who was your mother? Who are your uncles and aunts?” she lashes back, before recoiling at the notion that someone of Elizabeth’s status might in any way be allied with her nephew’s property: “Are the shades of Pemberley to be thus polluted?” she sneers. Elizabeth is shaken but unbowed by the exchange, and parts from Lady Catherine with her dignity intact.

The American critic and novelist William Dean Howells was a close friend of Mark Twain, but he had an entirely different opinion of Austen, and he knew what was at stake in Elizabeth’s showdown with Lady Catherine. Elizabeth “is much more a lady than her ladyship,” Howells declares, and “it is impossible…not to feel that her triumph over Lady de Bourgh is something more than personal: it is a protest, it is an insurrection.” In Pride and Prejudice, he adds, “an indignant sense of the value of humanity as against the pretensions of rank, such as had not been felt in English fiction before, stirs throughout the story.” Austen in her novels took village comedy to unparalleled levels of sophistication, and told love stories that still have the ability to charm and move us two centuries later. But she also matters now, and perhaps more than ever, because of her fierce and unwavering moral anger, especially concerning the way women are treated. In Elizabeth Bennet, she gives us not only her most memorable heroine, but also a woman who has the courage both to stare down condescension and intolerance, and to speak up for self-respect, gender equality, and the value of humanity.

Robert Morrison is Queen’s National Scholar at Queen’s University in Kingston, Ontario. His book on the British Regency (1811-1820) is forthcoming with Norton in North America and Atlantic in Britain. His extensive new selection of Thomas De Quincey’s finest writings will be published in the 21st-Century Oxford Authors series. He is the author of The English Opium-Eater: A Biography of Thomas De Quincey, which was a finalist for the James Black Memorial Prize.