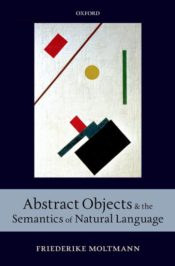 Abstract Objects and the Semantics of Natural Language

One of the most striking features of natural language is that it comes with a wealth of terms for abstract objects, or so it seems, and to a great extent they can be formed quite systematically and productively. First, we can form nominalizations from expressions that normally serve as predicates, for example adjectives, and the nominalizations can be used, it seems to refer to abstract objects. Thus, from the adjective wise, we get wisdom or Socrates’ wisdom, and from the adjective patient, we get the noun patience. Wisdom and patience seem to be used as abstract terms below:

b. Patience is better than impatience.

Even nouns for concrete objects (diamond, ant) can be used without a determiner as abstract terms, referring to the kind whose instances are things described by the noun:

b. Ants are widespread.

There are also complex construction that seem to stand for abstract objects, for example the number of planets or the amount of patience.Such terms are part of ordinary usage of language and do not require a technical or philosophical context.

There are also various nouns for abstract objects that lead us somewhat outside that usage: number, degree, triangle, square, property etc. Such nouns sometimes permit the construction of complex terms for particular abstract objects, of the sort the number eight, the direction north, the concept horse, or even the truth value true.

Some terms truly belong to everyday speech, not requiring philosophical reflection or the explicit acceptance of abstract objects. Certainly terms like “wisdom,” “patience,” “pink diamonds,” and “ants” belong to that. When we talk about wisdom, patience, diamonds, and ants, we generalize from ‘below’, about particular instances of wisdom, patience, diamonds, and ants. With other terms, by contrast, we acknowledge an abstract object as such, and talk about it as an abstract object. These are terms of the sort the property of being wise, the number eight, the direction north, the concept horse, and the truth value true.

b. ??? The property of being truly wise is rare.

b. ??? John needs the property of wisdom.

b. ??? Mary rarely encounters the property of being truly wise.

b. ??? The property of being wise is admirable.

(7) a. The property of being wise and young is conjunctive.

b. ??? Wisdom and youth is/are conjunctive.

(8) a. The property of being pure is negative.

This difference between two sorts of universals recalls the distinction between Aristotelian universals, universals that are inherent in objects, obtain properties from their instances and only exist if instantiated, and Platonic universals, universals that exist independently of their instances. It also recalls two forms of modern abstract art, art that that develops abstraction from concrete objects and art whose composition is based on already given abstract elements. The two paintings by Mondrian and Kandinsky illustrate this. The early Mondrian painting, ‘Flowering Tree’,  is almost abstract: it is the result of abstraction from the various features of the concrete tree, except for simple lines capturing the tree’s and the leaves’ shape and overall composition. The late Kandinsky painting, by contrast, is composed of various elements that come from an given inventory of geometrical shapes.

In both cases, reference to the abstract object is ensured by the use of an abstract sortal noun (property, number). Such nouns, and the complex constructions in which they occur, like many technical terms and terms introduced within a special discipline, are not part of the core of language. They are dispensable for everyday speech and they generally require some reflective knowledge about or acknowledgment of the abstract objects in question. In that sense they belong to what one may call the (ontological) periphery of language. They are terms that stand for objects that are not part of the ontological core of language, but belong to its periphery, a part of the ontology of language that includes various objects that may have been introduced for particular purposes. This leads to the hypothesis that reference to truly abstract objects is possible only with terms from the periphery of language, not terms from the core of language. Language in its core is Aristotelian, but not so for its periphery.

Friederike Moltmann is senior researcher at the French Centre National de la Recherche Scientifique and at New York University. She has published numerous articles in both linguistic and philosophical journals and is author of Parts and Wholes in Semantic (OUP,1997) and Abstract Objects and the Semantics of Natural Language (OUP 2013).