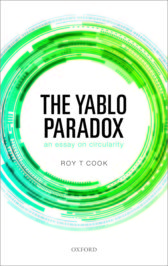 We are often told that we should be open-minded. In other words, we should be open to the idea that even our most cherished, most certain, most secure, most well-justified beliefs might be wrong. But this is, in one sense, puzzling. After all, aren’t those beliefs that we hold most dearly–those that we feel are best supported–exactly the one’s we should not feel are open to doubt? If we found ourselves able to doubt those beliefs – that is, if we are able to be open-minded about them–then they aren’t all that cherished, certain, secure, or well-justified after all!

To make things concrete, let’s let Φ(x) be a predicate that applies to numbers, and let’s say that I have checked each number from 1 to n individually, and verified that it has the property expressed by Φ(x) (perhaps by a lengthy pen-and-paper computation).

In such a situation, I can (and probably should) strongly believe each of:

After all, I have checked each one.

Now, on a second-order approach, open-mindedness with regard to my judgements about Φ(x)-ness doesn’t involve my having doubts about some particular number m between 1 and n. Rather, it amounts to my being open to the idea that I might have made a mistake somewhere, even if I don’t know where (and even if, further, for each particular number between 1 and n, I am certain I didn’t make a mistake there). In other words, open-mindedness on this account amounts to rejecting (or, at the very least, not strongly believing):

Thus, if we are open-minded about our judgments regarding Φ(x), then I can be extremely confident in each of my individual judgements regarding a particular number satisfying Φ(x), but I should be far less confident in the single judgement codifying the thought that I got all of them right.

Now, in real life there are very good reasons for being open-minded in this way–after all, we are fallible, and no matter how careful we are, mistakes slip in (especially in real-life examples more complicated that our toy example above). But it turns out that formal Peano arithmetic is open-minded in a similar way, even though (unlike us mere humans) arithmetic has no good reason to be open-minded.

So let’s just assume that we are working with Peano arithmetic, or some similar system of axioms for arithmetic. The crucial facts we need for what follows are that our axioms (i) are consistent (do not allow us to prove any contradictions, (ii) are sufficiently strong (in technical jargon: they allow us to represent recursive functions and relations), and (iii) can be finitely described (in technical jargon: they are themselves recursive). Then it follows that our system of arithmetic is ω-incomplete: there is some predicate Φ(x) in the language of arithmetic such that each of:

is provable from our axioms, yet:

In other words, for any consistent, sufficiently strong recursive set of axioms for arithmetic, there is a predicate  Φ(x) such that, for each particular number n, we can prove the sentence that says that n satisfies Φ(x), but we cannot prove the single sentence that says that all numbers satisfy Φ(x). This is one of the important corollaries of Gödel’s incompleteness theorems (as well as other important results in the metatheory of arithmetic).

Note that, other than the fact that we are now talking about the infinite list of all numbers, rather than merely a finite initial segment of the natural numbers, this has exactly the same structure as our toy example of open-mindedness above (except with “strong belief” replaced with “provability”). In the original example we had a case where we strongly believed each of a (finite) list of sentences, but (if we are being open-minded) we do not strongly believe the single sentence expressing the claim that we are right about all of these particular instances. In the second example we have a case where our theory proves each member of a list of sentences (infinite) but does not prove the single sentence codifying the claim that all of these particular instances are true.

In other words, it seems very natural to understand the phenomenon of ω-incompleteness as an instance of open-mindedness in arithmetic: no matter which axioms for arithmetic we pick (so long as they are consistent and recursive) there is a predicate such that arithmetic ‘strongly believes’ (that is: proves) each instance of the form Φ(m), but does not ‘strongly believe’ (i.e. prove) the single claim expressing all of these at once (i.e. “For all n, Φ(n)”)

This is deeply puzzling, however. Human beings, as we already noted, are extremely fallible. Thus, it makes sense that, for us, open-mindedness is a virtue. But the standard axioms for arithmetic–Peano arithmetic–are true, and hence only allow us to prove true claims. In other words, arithmetic (unlike any human being) is infallible, so it has no need to be open-minded. But Peano arithmetic is nevertheless (something very much like) open-minded about what it can prove.