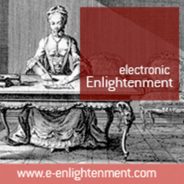 Who exactly was David Hume? He was a Scottish historian and philosopher (best known today for his radical empiricism), who prided himself on his reputation as a man of the utmost moral character. Indeed, Hume’s own ethical works regarded traits of character (rather than acts or their consequences) as the main factors of moral evaluation. Born on 7 May 1711, Hume’s life was a testament to his philosophical and academic principles — he pursued his studies with the utmost passion, regarding “every object as contemptible, except the improvements of my talents in literature” and resolutely defended himself against frequent accusations of atheism and heresy. These indictments led to Hume missing out on several academic positions (including as Professor of Ethics at Edinburgh University), but he met such disappointments with characteristic “command of temper.”

Despite this, Hume’s “chearfulness and good humour” (as described by Adam Smith) were tested when his friendship with Jean-Jacques Rousseau (the great French author and political philosopher) turned into a sour feud. The dispute tested the very foundations on which the eighteenth-century Republic of Letters was built, Hume’s reputation, and even Rousseau’s sanity…

As the son of a Scottish advocate, Hume was encouraged to study law from a young age. He enrolled at Edinburgh University at 12 years old (young even for eighteenth-century standards), but found an immediate aversion to both the subject and his professors. Hume did not graduate, but instead discovered a lifelong love for the humanities:

I found an unsurmountable aversion to everything but the pursuits of Philosophy and general learning; and while they fancyed I was poring over Voet and Vinnius, Cicero and Virgil were the authors which I was secretly devouring.

As a young man with a modest income, Hume had to find means of employment. At 25 he became a merchant’s assistant, enabling him to travel to Bristol, and then on to France. Here, Hume found his “plan of life” in scholarly discourse with the Jesuits at the College of La Fleche:

In 1734, I went to Bristol with some recommendations to eminent merchants; but in a few months found that scene totally unsuitable to me. I went over to France, with a view of prosecuting my studies in a country retreat; and I there laid that plan of life, which I have steddily and successfully pursued.

Despite Hume’s renewed focus on academia (by the age of 28 he had completed A Treatise on Human Nature, and 6 years later had also written Essays Moral and Political), he was viewed with suspicion due to his unorthodox religious beliefs. Hume applied for the Chair of Ethics at the University of Edinburgh, but was unsuccessful after ministers petitioned the town council not to appoint him, on account of “heresy, deism, scepticism, atheism &c &c &c.”

These accusations dogged Hume for much of his life. He later applied for the Chair of Philosophy at Glasgow University, but was unsuccessful again. An outraged Hume reported one critic going even further in their reprisal:

[I should be…] lock’d up for five years in a dungeon, then to be hangd, and my carcass to be thrown out of Scotland.

After these setbacks, Hume turned further afield. He became Secretary to the British Embassy in Paris, where he met Jean Jacques Rousseau. Rousseau was in trouble with the French authorities due to his religious and political beliefs, and Hume offered him sanctuary in England. Despite this, Rousseau quickly believed that all was not as it seemed (he is widely thought to have suffered from paranoia at the time), and Hume’s true purpose was to dishonour his French rival:

You brought me to England, apparently to provide refuge, but in reality to dishonor me. You applied yourself to this noble work with a zeal worthy of your heart, and with a success worthy of your talents. [translated from the original French]

Hume was mortified at the affront to his reputation, and fought bitterly to contradict Rousseau. In December 1766, after penning his own version of events, Hume wrote of his ordeal:

Thanks to God, my affair with Rousseau is now finally and totally at an end […] many people would have condemned me as a calumniator, and as a treacherous and false friend.

Hume died on 25 August 1776 at the age of 65, likely from some form of abdominal cancer. His good friend Adam Smith described the scene, with Hume facing death, as he faced life:

Poor David Hume is dying very fast, but with great chearfulness and good humour and with more real resignation to the necessary course of things, than any whining Christian ever dyed with pretended resignation to the will of God.