Since July 2005, the talented authors, staff and friends of Oxford University Press provide daily commentary on nearly every subject under the sun, from philosophy to literature to economics. OUPblog is a source like no other on the blogosphere for learning, understanding and reflection, providing academic insights for the thinking world.

Every year, on 1 April, the OUPblog team rack their brains for inspiration. We try to figure out if there is something else we should be doing, other than providing academic insights for the thinking world and daily commentary on nearly every subject under the sun. One sunny afternoon, while staring into the eyes of William Shakespeare, it came to us. We should be creating new board-games based on famed literary figures.

A few cups of coffee later and we had brainstormed several ideas for board-games that we hoped would appeal to our subscribers. First, we thought about rehashing Hungry Hungry Hippos and making an Oliver Twist version of the game. But the prototype we built proved to be too messy, with gruel a poor substitute for plastic marbles. Next we experimented on a new Monopoly board, turning the stops into the different locations in Wonderland. However, we kept falling down the rabbit hole, unable to pass “Go”, and unable to collect $200.

Then we cracked it. Inspired by the 400th anniversary celebrations last year, we decided to create a new version of Operation based entirely on the playwright William Shakespeare. Critics have dissected Shakespeare’s texts for centuries; now they have the opportunity to dissect the man himself. Just don’t butcher the Bard! 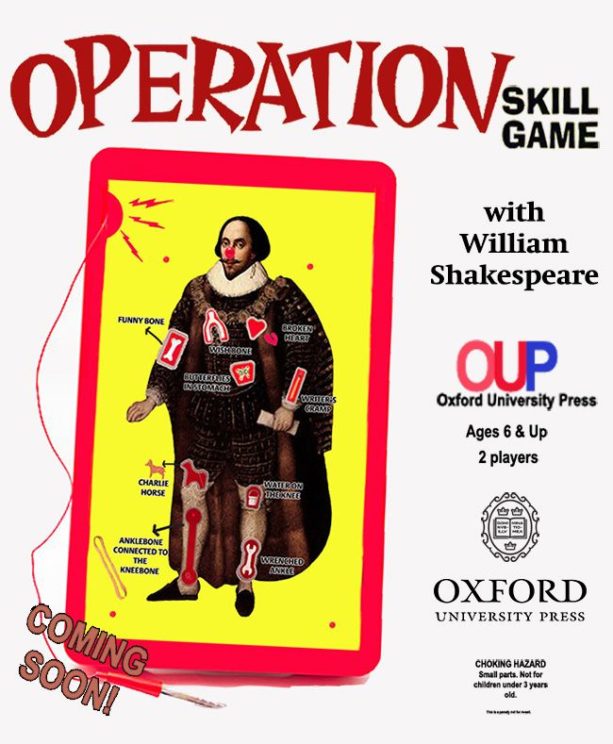 Another idea we had was for an Oxford World’s Classics adaptation of the board-game Guess Who?. Does the literary figure you’re trying to track down wear a Western hat, a bonnet, or a deerstalker? Find out by playing the game. We’ve included some of the most famous figures from classic literature, from Anna Karenina to Othello, so you’ll have to channel your inner Sherlock Holmes in order to guess which card we’ve selected… 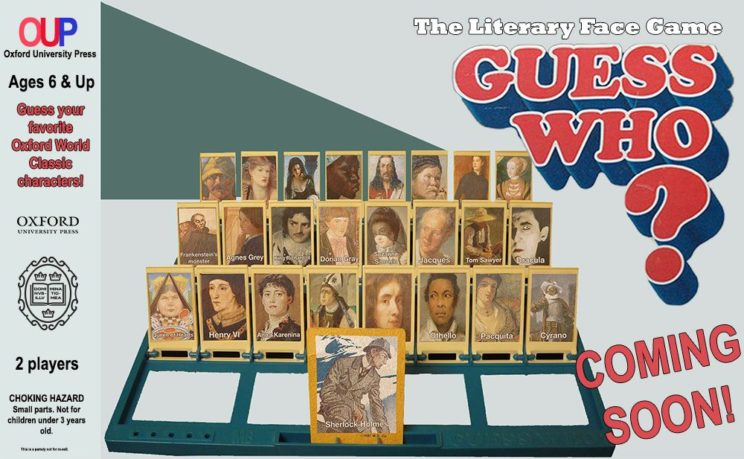 What do you think? Which board-game would you want to play the most? Let us know in the comments section below or via Twitter, Facebook, or Tumblr.

Image credits: All images produced by Nicole Piendel for Oxford University Press and in the spirit of April Fools’ Day. Do not re-use without permission.