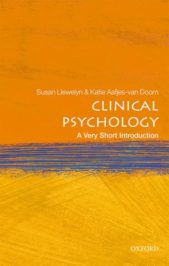 It’s a sad but very modern paradox. Despite the many wonderful opportunities and options like education, technologies, internet resources, and travel that are open to young people today, young people’s mental health today has never been so fragile. In contrast to the frequently portrayed images of happy, successful, and socially connected millennials in selfies, outspoken twitter messages or entertaining Facebook images, in fact many millennials seem to feel more empty and lost than ever. Self-harm is widespread, and most current reports suggest that substance misuse and eating disorders are on the increase. Depression is common, as many young people think themselves to be failures in the rapidly changing world where nothing is secure, and where competition for jobs or places at University adds pressure and anxiety. Even the very young face demands: in Silicon Valley, USA, for example, children as young as 4 are exhausted due to pressure from so called ‘helicopter parents’ and teachers to (over) achieve and compete with their peers.

And when all these young people grow older, for some it doesn’t get much better: the pressure to want and have it all (successful careers, relationships, hobbies, a home, starting a family) is increasingly burdensome for young adults in their twenties and thirties. Psychologically, constant opportunity becomes an internal sense of not being able to settle for ‘good enough.’ All relationships seem temporary; okay until someone better comes along. Everyone else seems to be having much more fun than you, and there seems to be no escape from the relentless evidence that you are not as attractive, popular, successful, and funny as everyone else. Many families don’t offer a safe-haven either: communities are fragmenting, relationships break down and economic pressures mean that people are increasingly isolated and lonely.

Faced with psychological distress, many of those in previous generations kept a ‘stiff upper lip’ and did not seek much emotional support until they reached the verge of breakdown, at which point they turned to the doctor for help in the hope that mental suffering could be reduced by medication. But we know now that it is relatively rare for psychological distress to result from a simple medical problem: instead symptoms of depression or anxiety (e.g. lack of sleep, low mood, panic attacks) usually result from someone’s life experiences in a complex web of relationships and circumstances. While medication can help some people in some circumstances, many psychologists and many of their clients now believe that it’s much better in the longer term to try to find out what lies beneath such complex feelings, and try to do something about these underlying patterns. And thankfully, psychological struggles and mental health treatment are nowadays being discussed much more openly than ever before. Public figures including politicians, celebrities, and even members of the royal family in the UK have all recently talked quite explicitly about their mental health difficulties and therapies.

The pressure to want and have it all (successful careers, relationships, hobbies, a home, starting a family) is increasingly burdensome for young adults in their twenties and thirties.

In parallel, stigma about seeking help is slowly diminishing. Although going to see a clinical psychologist can still raise a frisson of apprehension in many people (can you read my mind?), more people know now that psychologists are there to listen, reflect, and support you through difficult phases in your life. Just like a personal trainer might help you improve your physical shape, psychologists help you towards a healthier mind and better relationships. Clinical psychologists do not judge, blame, or ‘tell you what you do wrong’, but have been specifically trained to understand and make senses of people’s difficulties. That is, they see people’s problems as resulting from their social and personal histories, as well as any biological predisposition or health condition. This means that a psychologist sees each person as a unique individual, who is living in a particular family or set of relationships, and who (like everyone else) is striving to overcome the challenges that life throws at them. Many psychological struggles make perfect sense once we can understand people’s past, current lives, and circumstances. People do usually try to resolve their own problems and cope the best they can, yet they may use ways that actually make things worse, not on purpose but because they don’t know what else to do and can’t find a way out.

Based on this individual understanding, and in line with psychological theories, and published evidence on what works for other people with similar difficulties, the clinical psychologist may then offer talking therapy. Talking therapy is not always easy or a ‘quick fix’ but it is something you do in partnership: to work together to puzzle out what is causing and maintaining your distress, and then to try and change things for the better. Many people now receive good quality psychological therapy which allows them to resolve their hurt or puzzlement in a way that is tailored to them individually, by addressing the underlying problem, not just the symptoms. Although psychological problems seem to be widespread in our society, there are ways out, and currently at least there are clinical psychologists being trained who can help.

They are the co-authors of Clinical Psychology: A Very Short Introduction.

COVID-19 and mental health: where do we go from here? [podcast]