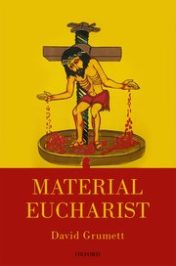 In the wake of the Second Vatican Council, Dame Agatha Christie, the renowned writer of detective fiction, added her name to a protest letter to Pope Paul VI. With over fifty other literary, musical, artistic, and political figures, Christie — who’d recently celebrated her eightieth birthday — expressed alarm at the proposed replacement of the old Mass rite, which used Latin and elaborate ritual, with a new rite in English with simpler ceremonial.

Although Christie’s then husband, the archaeologist Sir Max Mallowan, was Roman Catholic, she herself wasn’t. Christie didn’t defend the old rite, nor contest the new, on the grounds that either was good or bad for the Church. Rather, along with her fellow partners in crime, she argued that the old rite had inspired countless artistic achievements, including in poetry, philosophy, music, architecture, painting, and sculpture. These, she contended, made it a universal possession of human culture that the Church had no right to abolish. The letter had a positive outcome, securing an indult allowing the bishops of England and Wales to authorize the continued celebration of the old rite alongside the new. In 1984, a similar permission was granted worldwide.

The structure and logic of Christie’s plots mirror the Mass in its full, traditional drama. Her theological anthropology is one of lost innocence, with confessions of guilt for past offences, both spoken and unvoiced, punctuating exchanges. This guilt is frequently shared, problematizing attribution. At the centre is the death of a chosen victim, which is brought about by intentional and often meticulously planned actions. This death might be vicarious, the result of misdirected malice or false identification, and might be necessary to restore an order that has been violated by other, prior sins. A large country house is an appropriate setting, providing separation, distance, obscurity, and grandeur.

The crime’s execution and motive can’t immediately be understood, even if foreboding has preceded. Meaning instead emerges later, and progressively, out of the exchanges, recollections, repetitions, and silences that follow. At the dénouement, a deeper truth than the directly visible is finally brought fully into the light, with the significance of apparently superficial circumstances fully revealed.

Both the detective and the worshipper are interpreters of action rather than people of action. Christie’s fictional and screen creations Hercule Poirot and Jane Marple are both contemplatives, comfortable while watching and waiting and rarely pursuing an investigation by frenetic activity, unless drawn into action by their deep absorption in the events around them. In a pre-forensics age, they exhibit a heightened intuitive attentiveness to their surroundings and to human character that could rightly be called spiritual. This is made possible by the continued commitment of their creator: in the case of Poirot, at least, Christie stuck with her creature even after tiring of him.

The rite and the world she loved each exhibited a degree of opacity, resisting simple rational interpretation. In churches, as in country houses, there were silent spaces for contemplation.

Christie’s literary critics have accused her of writing books that lack realism. In making this charge, they’ve failed to see that meaning is contained in structured emplotment similarly to how it’s found in the Bible and the Eucharist. What occurs is literally believable, even if improbable, and this distinguishes the classic English detective novel from science fiction. Events are also narrated as moral instruction, calling the spectator to an examination of conscience in the light of an external source of authority. However, unlike crimes with an obvious perpetrator, which may be truer to real life, detection understood as a form of art points to higher truths and purposes that help us understand life and have their ultimate origin outside of it. Although Christie’s stories aren’t high-class literature, she’s here in good company: Augustine of Hippo described the Bible, which was the book dearest to him above any other, as “unworthy in comparison with the dignity of Cicero”. In theological perspective, beauty and its source lie ultimately outside the text.

Christie has been translated into over 100 languages. What lessons might her phenomenal success, and her advocacy of traditional worship, have for Churches today? It’s too easy to view worship instrumentally, as building up the church community and preparing its members to be sent out for mission, and to opt for simple and bland texts because they’re more comprehensible. In contrast, Christie saw, in worship as in life, the importance of the classic concepts of sin and sacrifice, and of suitably evocative settings. The rite and the world she loved each exhibited a degree of opacity, resisting simple rational interpretation. In churches, as in country houses, there were silent spaces for contemplation.

In the staging and interpretation of worship, new attention needs to be given to materiality. The bread and wine, actions, movements, settings and silences of the liturgy speak louder than words, pointing beyond the visible toward truths that are typically ignored in daily life. They also connect it to the wider world beyond the Church, giving new meaning to the suffering, transformation, and creativity to be found there.

David Grumett lectures in Christian Ethics and Practical Theology at the University of Edinburgh. He is the author of Material Eucharist (OUP, 2016). David’s other books include De Lubac: A Guide for the Perplexed (T&T Clark, 2008) and Teilhard de Chardin: Theology, Humanity and Cosmos (Peeters, 2005).