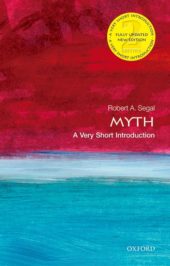 There are two contrary ways of characterizing myth. By far the more common way is negative: a myth is a false or delusory belief or story. Here the aim is to expose the myth and be done with it. To take an innocuous example, the story that young George Washington was so honest that he could not deny to his father that he, the son, had chopped down the cherry tree is a myth because it never occurred.

Taken positively, a myth can still be false, but the significance of it when believed to be true is what counts. The story of Washington’s confessing that he had chopped down the tree attests to the character of the person even as a child. (An American comedian once contrasted Washington to Richard Nixon: we’ve gone, he said, from a President who could not tell a lie to a President who could not tell the truth.)

Viewed positively, a myth can as likely be true as be false. What matters, to use the line of Joseph Campbell, is the “power of myth.” But that power does not require that the myth actually be true. Yet myth need not be false. The power of myth transcends its factual status.

The phrase “Christmas myths” invariably uses the word negatively. What is false about Christmas ranges from the detailed to the fundamental. Strictly, Prince Albert of Victoria and Albert fame did not invent Christmas trees, which had been around the Court for almost a hundred years. More substantially, Christmas might have originally been a pagan holiday and one that centered on the sun. This argument is part of a broader claim that Christianity arose out of Roman religion.

Taken negatively, Christmas is a made-up story. Humans are not born of virgins. Miracles, such as Jesus’ spontaneously curing the blind, do not occur. Death is final. There is no return fare. Above all, Jesus was not the son of God, for there are no gods. Humanists, who pit myth and religion against science, relish amassing these beliefs as unscientific and therefore false.

But there is an alternative positive reading — a secular one, one involving neither gods nor miracles. Here the celebration is of the winter solstice, or the shortest day of the year. The date fluctuates between 20 December and 23 December. But it is close enough to 25 December to be tied to the birth of Jesus. The celebration is thus of the forthcoming end of winter and coming of spring.

Who, then, is Jesus? Either the sun god or the sun itself. Or more likely, Jesus is either the god of vegetation or vegetation itself.

There are celebrations of the winter solstice all over the world. Pagans gather at Stonehenge, for example. And many Christmas customs, including trees and gift giving, doubtless hark back to pre-Christian times. (Apparently, our forebears especially liked getting electronic gifts, especially returnable ones.)

This approach to myth is comparative, as all theories of myth are. The key theorist here is James Frazer, author of The Golden Bough (1890, 1900, 1911-15). The significance of any myth is the significance of all myths of that kind, such as vegetation or solar myths. The birth of Jesus becomes simply the Christian version of a universal, or at least widespread, story of the birth of the god on all whom depend.

Taken cosmically, the birth of Jesus and of kindred figures worldwide is the birth, or rebirth, of the world itself. That in the Gospel of Matthew the wise men seeking Jesus’ birthplace follow the heavens for directions evinces the scale of the event. It is not merely Jesus who is being born. It is the world, as in the rebirth of the earth after the Flood in Genesis.

In a tamer form the birth of Jesus is merely being commemorated. In a bolder form it is being “redone.” Jesus is born anew every Christmas, dies every Good Friday, and is resurrected every Easter. Creation is not a merely one-time event but an annual one. Certainly the pagan, or seasonal, approach to Christmas makes the birth of the world a yearly enterprise. True, Jesus grows up, but he is still born anew when resurrected. There is a cycle of birth, death, and birth again.

Robert A. Segal is Sixth Century Chair in Religious Studies at the University of Aberdeen. He is the author of Myth: A Very Short Introduction.