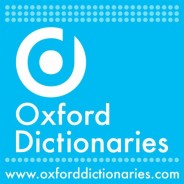 Across the United States, those who are not too replete with their Thanksgiving feast will be braving the crowds in order to secure themselves one of the bargains associated with Black Friday, the day following Thanksgiving, which is often regarded as the first day of Christmas shopping in the United States. Even on the Thanksgiving-less shores of Britain, we are starting to see this tradition sneak in. Hunting down bargains is all well and good, but we are much more interested in hunting down the histories of words. Which other “black days” have been marked through history, and does “black” used in this way always denote negativity?

Black Friday is seen as a day of huge profit in the world of retail, enough for some to have theorized that its origin is the day’s ability to take a company in debt, or in the red, and pull them back into the black. This origin story may make this the first “black day” where the black is seen to be bringing positive associations, although an earlier theory holds that the name is a reference to the congestion caused in city centres particularly in Philadelphia. This is nonetheless a step away from the disaster and ruin that has typically been carried by “black” in this context. We explore the merits of these opposing theories in the video above.

When was the first Black Friday?

Though those working in customer services may wish that this year will be the last time we mark Black Friday, when was the first Black Friday? The earliest evidence for the term found by researchers at the Oxford English Dictionary (OED) is from 1610. It will surprise no one to hear that this Black Friday had very little to do with sales, or Thanksgiving. The first Black Friday did not refer to a specific Friday, but rather was used in schools to refer to any Friday on which an exam fell. It is something of a comfort to know that, even in the 17th century, exams were regarded with that same familiar dread.

We have found no evidence from before 1951 of Black Friday referring to the day following Thanksgiving, and in this instance its sense was markedly different to how we use the term today. In this context, instead, the day was associated with staff absences from factories following the Thanksgiving holiday. The first citation found for Black Friday in the sense of the start of the Christmas shopping season comes ten years later, in 1961.

Which other Fridays have been Black?

The moniker has been attached to a number of different Fridays in the years between 1610 and 1951. The next one noted in the OED is Friday 6 December 1745, which was the date that the Young Pretender’s landing was announced in London. The Young Pretender was hardly a welcome visitor, but the extent to which his proximity caused panic across the capital is a matter of debate, but this panic—real or a tool of political spin—nonetheless earned the day its dark title.

The next date to be designated a Black Friday noted in the OED was again one of widespread panic: Friday 11 May 1866, saw the failure of the London banking house Overand, Gurney, & Co. On the very next day, it was reported in the Times, with some clairvoyance, that “The day will probably be long remembered in the city of London as the ‘Black Friday.’” This is the first sense of Black Friday with strong financial associations, and it seems these only grow stronger into the 20th century.

The third (and last) Black Friday listed in the OED happened just three years later, on Friday 24 September 1869, when the introduction of a large quantity of government gold into the financial market precipitated a day of financial panic on Wall Street. The mid to late 1860s saw the beginning of a dramatic climb in use of the term Black Friday in both British and US varieties of English, showing the impact of these events on the language.

This is the last Black Friday to be found in the OED, but not the last day to have gained the title in popular use. The majority of those following Black Friday of 1869 echo the sense of financial ruin, or the associations “black days” also carry with loss of life.

Spreading around the world

In recent years, we can be fairly sure which of these many Black Fridays is the subject of discussion in our New Monitor corpus, as the term sees almost no use through the year, and then skyrockets in November, petering out rapidly in December, and so coinciding with only one Black Friday on the calendar. Interestingly, this holds true even for British English, and Englishes in other parts of the world, where Thanksgiving is not celebrated. Though the term is much more common in US English than in British English, its use in the United States appears to be declining: November 2015 saw only two thirds as many instances of Black Friday in our corpus as November 2012. In contrast, use in British English is seeing a year on year increase, more than doubling between November 2012 and November 2013, and then seeing more than a 50% increase again between November 2013 and November 2014. It looks like the Brits might be catching up…

Of course, Friday is not the only day to have found itself blackened. In fact, there is not a day of the week that has not earned its dark stripes through some disaster or other. The first day evidenced to have “black” prefixed to it was a Monday, more specifically Easter Monday; a quotation referring to Easter Monday as Black Monday has been found as early as 1389. There are a few competing theories for what caused the day to be so named. One historical theory holds that the name refers to a severe storm on Easter Monday in 1360, which led to the deaths of many soldiers of Edward III’s army during the Hundred Years’ War. A different historical theory purports that Black Monday is a reference to the massacre of English settlers in Dublin by the Irish on Easter Monday 1209. The name may be unrelated to either event, and may instead be linked to a general belief in the unlucky character of Mondays, possibly influenced in this case by the view that misfortune will naturally follow a celebration like that of Easter Sunday.

The next Black Monday, first quoted in the OED as far back as 1735, echoes our first Black Friday; this was school slang referring to the first day of term following a vacation. The mindset of the pupils bleakly returning to the classroom is readily recognizable and easy to imagine.

A third Black Monday—and the final one to have been noted in the OED—is affixed to a specific date: Monday 19 October 1987, which is the day of a world stock market crash. This reflects the wider trend of days of great financial disaster being marked as “black.” Black Wednesday is used to refer to the 16 September 1992, when there was a great surge in sales of the pound. And the Wall Street Crash of 1929 was so disastrous as to leave two days painted black in its wake: Black Thursday, 24 October 1929, which marked the first day of panic selling on the New York Stock Exchange; and Black Tuesday, the following week, which is widely regarded as the day the stock market crashed.

The most recent day to be referred to as Black Saturday in the OED was Saturday 4 August 1621, when the articles of Perth were ratified while a brutal storm cast its shadow over the day. Almost a century earlier, the first Black Saturday—and also the first “black” day in the OED attached to a specific date—took place on Saturday 10 September 1547, denoting the day of the Battle of Pinkie Cleugh, which saw Scotland catastrophically defeated.

The advent of Cyber Monday

Though not a “black” day in itself, Cyber Monday follows Black Friday both on the calendar, and in word formation. Cyber Monday takes the traditional bargains of Black Friday to an online environment, but does it leave behind the last remnants of negativity that Black Friday is carrying? Perhaps not: of the first ten noun collocates of cyber that our Oxford English Corpus finds, only two are either positive or neutral (security; café). The other eight (including criminal, attack, and bullying) are all negative. This suggests that cyber might not be carrying the happiest connotations along with it, though it is doubtless an improvement on the memories of failed battles and financial collapse that cling to Black Friday.

Given the cyber nature of Cyber Monday, it might be expected that it is more international than Black Friday. So far, this does not seem the case: use of Cyber Monday in our New Monitor Corpus is still overwhelmingly US in origin, although its use in United States English seems to be in decline, while its use in other varieties is climbing. This mirrors the trends we saw earlier with Black Friday, suggesting that taking place online is not a major factor in making Cyber Monday a globally recognized event. If it continues to follow on in the footsteps of Black Friday, we may find ourselves fighting it out digitally as well as in the shops in order to grab the best bargains for Christmas.

Rebecca Hotchen is an editor for Oxford Dictionaries.

From rabbits to gonorrhea: “clap” and its kin