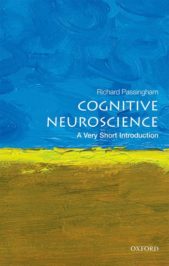 Functional magnetic brain imaging (fMRI) is a method that allows us to study the workings of the human brain while people perceive, reason, and make decisions. The principle on which it’s based is that, when nerve cells or neurons in a particular region become active, there is an increase in the blood supply to that brain area. This can be visualized because the scanner can be sensitized to the changes in the blood oxygen level that occur when the nerve cells become active.

The initial demonstration where this was possible was made in 1990 and we are now 26 years on, so it is reasonable to ask what fMRI has discovered in that time. A fair comparison is with another imaging technique, the electron microscope. The first such microscope with a high resolution was built in 1938, and within 30 years it revealed vesicles at the end of the nerve terminals. These contain the transmitters that are released when the nerve cells become active, and it is these transmitters that then influence the activity of the cell with which they are connected.

So what has fMRI discovered? The answer is that, of course, there is a whole list of detailed things that we did not know about the human brain before the advent of fMRI. After all, people can speak, do arithmetic, and evaluate syllogisms and animals can’t. Before the invention of functional brain imaging the only way we had of studying the neural basis for these and other abilities was to see how they are affected when people suffer from strokes or brain tumours or undergo operations on the brain. The problem is that, though studies of this sort can identify the brain areas that are critical, they cannot tell us how those brain areas work.

By using fMRI to identify which areas of the brain are active when people do these things, we can now produce a much more accurate and detailed map of the different functional areas. And indeed this year Matthew Glasser, David Van Essen, and their colleagues have delineated 180 different areas in each human cerebral hemisphere that are distinct in their anatomy and connections and that are also likely to be distinct in their exact function. This is a very major achievement.

But can fMRI do more than ‘mapping’? In other words can it tell us about mechanisms, that is how the different areas do what they do? Well, one clear advantage of fMRI is that, when people perform cognitive tasks in the scanner, the brain images shows us the activity of all the areas that are involved in that task. To use the technical term in the literature, fMRI is a ‘whole brain method.’ This means that we can study how the different areas interact.

This has led to two fundamental discoveries. One is that brain area A interacts with area B in task or context 1 but with area C in task or context 2. We owe this finding to Karl Friston and Anthony Mcintosh. The second is that it is possible to identify different functional networks that operate dynamically, meaning that network A is active during operation 1 whereas network 2 is active during operation 2. We owe this finding to Marcus Raichle and his colleagues.

Recently I have been wondering what other questions fMRI has answered where the answer cannot be given by simply pointing to the location or locations in which activity occurs. In a book with James Rowe called A Short Guide to Brain Imaging, we ended by taking six issues in normal and abnormal psychology and trying to show how fMRI and related methods could be used to provide such answers. And this set me thinking whether I should challenge myself to provide a more extended treatment on the same topic. The result was my Very Short Introduction to the topic, and this blog post!

Richard Passingham received his BA from the University of Oxford and his Ph.D in Psychology from the University of London. He was amongst the first to use brain imaging to study human cognition, starting in 1988 at the MRC Cyclotron Unit at the Hammersmith Hospital where he was an Honorary Senior Lecturer. He was made Professor of Cognitive Neuroscience at Oxford in 1997. His books include What is Special about the Human Brain? (OUP, 2008), The Neurobiology of the Prefrontal Cortex (OUP, 2014), with Steven P. Wise, and A Short Guide to Brain Imaging (OUP, 2015), with James B. Rowe. He is the author of Cognitive Neuroscience: A Very Short Introduction.