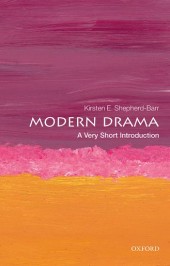 Many playwrights have explored race relations, particularly in America. The growth of the Civil Rights Movement gave rise to a range of plays protesting racism and exploring the African-American experience. Lorraine Hansberry made history as the first black woman to have a play on Broadway: A Raisin in the Sun, also the first play on Broadway to be directed by a black director (Lloyd Richards). It was a sensational success, and it emerged from a feeling shared by other minority groups that purportedly ‘realistic’ plays were not showing everyone’s reality. Based on Hansberry’s own experiences, the play shows a black family in Chicago struggling to move out of poverty and into a white neighbourhood called Clybourne Park.

Recently widowed, the family’s matriarch, Big Mama, has the insurance money after her husband’s death all ready to spend on this big move, but her son Walter, fed up with his job chauffeuring wealthy white people around, persuades her to let him invest most of it in a friend’s liquor store. Not only does this friend embezzle the cash but a representative of Clybourne Park comes to offer the family (‘you people’) money in return for not moving into the development. Big Mama is dismayed when Walter at first seems happy to accept this buy-out. But in the stirring final moments of the play he regains his dignity, asserting that “we have decided to move into our house because my father—my father—he earned it for us brick by brick… We don’t want your money.”

The subplot of A Raisin in the Sun, which furnished material for Hansberry’s later, unfinished play Les Blancs, shows Walter’s twenty-year-old sister Beneatha facing her own challenges: she wants to pursue her dream of getting an education and becoming a doctor, but she is also tempted by the stability offered by suitors George (an assimilated black man) and Asagai, who retains his Nigerian identity and wants her to return to his village with him.

One of the plays Hansberry left behind at her tragic death from cancer at age thirty-four, and which was completed by her husband, Les Blancs attests to her continuing search for ways to fight racism through the theatre. Hansberry began working on Les Blancs (The Whites) after seeing French playwright Jean Genet’s Les Negres (The Blacks, 1959) which she felt evaded the issue of colonial oppression in Africa by romanticizing and exoticizing Africans. She also felt that Genet’s absurdism obscured the real and urgent issues in his drama.

Hansberry was daring, but for some she was not daring enough. In Dutchman (1964), Amiri Baraka took a less tempered and theatrically more innovative approach to racism. In a New York subway car, a seductive white woman named Lula hits on a studious-looking young black man named Clay (a name suggesting malleable material, too easily moulded). She teases, goads, and insults him, provoking him to a violent explosion of rage against all white people whom, he confesses, he feels he should kill; yet when he backs down, regains his composure, and decides to leave, she stabs him in the heart and orders the other passengers—who have passively looked on throughout the dialogue—to dump his body out of the car at the next stop. Another young, unsuspecting black man gets in the car, and Lula looks at him: like Ionesco’s The Lesson (1951), the play ends with the suggestion that this is her next victim, that this ritual killing will be repeated endlessly. The last thing the audience sees is an old black conductor doing a soft shoe shuffle and tipping his hat to Lula.

“A device is a device, but… it also has consequences: once invented it takes on a life, a reality of its own. So, in one century, men invoke the device of religion to cloak their conquests. In another, race. Now, in both cases you and I may recognize the fraudulence of the device, but the fact remains that a man who has a sword run through him because he refuses to become a Moslem [sic] or a Christian—or who is shot in Zatembe or Mississippi because he is black—is suffering the utter reality of the device. And it is pointless to pretend that it doesn’t exist—merely because it is a lie!” (Tsembe to Charlie, Act Two. Les Blancs by Lorraine Hansberry)

Kirsten E. Shepherd-Barr is Professor of English and Theatre Studies at the University of Oxford and a Fellow of St Catherine's College. She is the author of Theatre and Evolution from Ibsen to Beckett (Columbia University Press, 2015), Science on Stage: From Doctor Faustus to Copenhagen (Princeton University Press, 2006), and Ibsen and Early Modernist Theatre, 1890-1900 (Greenwood Press, 1997) as well as Modern Drama: A Very Short Introduction. She assisted with the production and programme notes for the 2016 National theatre production of 'Les Blancs'.