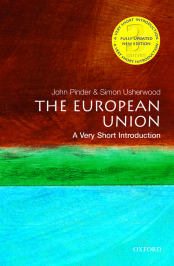 A couple of years ago, I was asked to write a piece for the OUPblog about the consequences of David Cameron’s Bloomberg speech, where he set out his plans for a referendum on British membership of the EU. I was rather dubious about such a vote even happening, and even more so about the quality of the debate that would ensue.

As much as I was wrong about the former, the latter has been more than borne out by events so far.

In the three years since Bloomberg, we have not seen the articulation of a deep and broad public debate in the UK about its relationship with the EU, not even in the ten months that have followed Cameron’s unexpected general election win. As much as there are individuals and organisations trying to inform what debate there is – ‘The UK in a Changing Europe’ programme is a good example – they remain exceptional.

So what, you might ask? We don’t have a profound public debate each time we hold a general election. If voters choose not to be interested, then that’s not their fault or problem.

The difference is that general elections come around on a regular basis: if things go awry, then they can be picked over and revisited down the line. However, the EU referendum represents a one-off event, with a very large potential to shape our lives, both individually and collectively. Clichéd though it sounds, it is a decision that benefits careful consideration.

Unfortunately, this is an uphill struggle. There has never been a moment in the UK’s post-war history where there was fundamental reassessment of its role in the world: even the Suez crisis’ effect in the 1950s was more about limits to global power than it was about strategizing about the local neighbourhood. Successive British governments have preferred let the EU tick along in the background, with occasional excursions to contest some issue that had become a problem.

The result is a somewhat perverse situation, wherein the case against state policy is made much more than the case for it. And as the current referendum is showing, to rely on the weight of the status quo is to run a clear risk of coming unstuck.

The campaign that will run until 23 June is a moment where this might be addressed. It is a time to get questions answered, to propose ways forward from the vote and to create something at least a bit closer to a constructive and targeted policy towards the EU.

However, this means we have to be clear about the difference between the referendum itself and a public debate. The former simply needs to be won, as far as campaigners on both sides are concerned and they will do what it takes to achieve this. The latter, by contrast, has to recognise that this referendum is only one part of a long-term relationship, where decisions have consequences and short-term costs and gains have to be set against their long-term opposites.

Put differently, ‘winning’ the EU referendum will solve nothing in of itself. What will matter is how the UK proceeds from that decision. And that’s something that can only be done if we have a sense of what we hope to achieve, as a country, and as a community.

Simon Usherwood is Senior Fellow on the ‘UK in a Changing Europe’ programme and Senior Lecturer in the Department of Politics at the University of Surrey. He is the co-author of The European Union: A Very Short Introduction, Third Edition, with John Pinder.