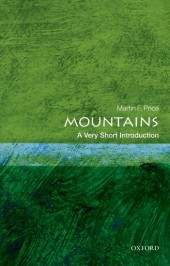 Do mountains matter? Today, 11 December, is International Mountain Day, celebrated worldwide since 2003. The fact that the UN General Assembly has designated such a day would suggest a simple answer. Yes – and particularly for the 915 million people who live in the mountain areas that cover 22 percent of the land area of our planet. These are the latest figures, published recently by the FAO and available soon on the website of the Mountain Partnership.

Mountains are clearly vital for those who gain their livelihoods from them, but in what ways are they important for the rest of us? From a global perspective, perhaps their greatest value is as ‘water towers’ – the sources of high-quality freshwater. Mountains supply more than half the global population with water for agriculture, domestic uses, and industry, often in places far from the mountains. The world’s largest irrigation system, in Pakistan’s Indus Basin, depends on mountain water; but so do the inhabitants of Los Angeles, supplied by water piped under the Sierra Nevada and across much of the state. Mountain water is also a source of renewable energy: hydropower, largely developed in many countries in Europe and in the United States, but with great potential for development in other parts of the world – though the social and environmental consequences of dam building, and decisions about who benefits are always complex.

Mountains are also global hotspots of biodiversity. For our growing global population, their foremost value is as centres of agrobiodiversity; the places where most of our major food crops originated. As with potatoes, introduced to Europe from the Andes in the late 16th century, crops that have not so far been widely grown outside the mountains may enable more mouths to be fed; demand for quinoa production, for instance, has grown 20-fold over the past decade. In addition, the genetic diversity of original varieties living in mountain areas may become ever more valuable as climate change progresses. Another aspect of mountain biodiversity is that a particularly high proportion of mountain plants and animals – from gorillas to pandas to edelweiss – are both iconic and endemic, limited in their distribution to very restricted areas. Some are threatened by hunting, the development of infrastructure, or climate change.

Yet they are also attractive to both TV viewers and tourists and, especially where local communities can find a way to channel a significant proportion of the income from tourism to support their livelihoods and societies, biodiversity can have both global and local benefits. This is also true for other mountain species, particularly mushrooms and medicinal herbs, which have global markets but should be sustainably harvested by local people who should then realise an equitable proportion of the eventual sale price, often in cities on another continent. Today, it is the middlemen who usually make most of the profit.

As now than more half of humankind now lives in urban areas – including many cities, some of them very large, in mountains – we increasingly recognise the benefits of mountain areas as places to escape to. Some people go to the mountains just at weekends, to hike, ski, climb, or just enjoy the scenery and high-quality food. Many of us spender longer holidays there, and others, sometimes known as ‘amenity migrants’, live in the mountains for an increasing part of the year just because that is where they want to be; not because their jobs are there. Such people are now found living in mountains in many parts of the world, from California to the Philippines to the Czech Republic. Both visitors and locals need good infrastructure – roads, internet access, and sometimes railways. As the climate warms at lower altitudes, mountains may become more important as places for escape.

Already, some of the clearest evidence of climate change comes from the mountains: shrinking glaciers and plants moving to ever-higher altitudes. Increased numbers of visitors to mountain areas may bring new economic opportunities, but at the same time, they will only be able to come if transport links remain safe and reliable. This will be a real challenge for many mountain communities in the future, as the numbers of heavy rainfalls and other extreme events increase, together with natural hazards such as avalanches, floods, and landslides. In the past, mountain people have been able to live in challenging environments particularly because they have worked together to build terraces and irrigation systems and to manage forests and pasture land.

If we recognise the global importance of mountain areas, this implies a greater need for stronger partnerships, involving not only mountain people but all of us who depend on the mountains in so many ways.

Martin F. Price is Director of the Centre for Mountain Studies at Perth College, University of the Highlands and Islands, Scotland; Chairholder of the UNESCO Chair in Sustainable Mountain Development; and Adjunct Professor at the University of Bergen, Norway. He has been involved in numerous international initiatives for the sustainable development of mountain regions, working with organisations including the European Commission, European Environment Agency, FAO, IUCN, UNEP, UNESCO and WWF. He is the author and editor of many books and reports on mountain topics, including Mountain Geography: Physical and Human Dimensions (University of California Press, 2013). He is the author of Mountains: A Very Short Introduction (OUP, 2015).