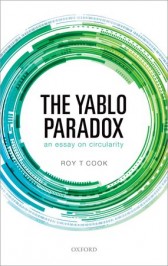 In a 1929 lecture, Martin Heidegger argued that the following claim is true: “Nothing nothings.” In German: “Das Nichts nichtet”. Years later Rudolph Carnap ridiculed this statement as the worst sort of meaningless metaphysical nonsense in an essay titled “Overcoming of Metaphysics Through Logical Analysis of Language”. But is this positivistic attitude reasonable? Is the sentence as nonsensical as Carnap claimed?

In this essay I want to examine Heidegger’s claim that nothing nothings. I will argue that there are at least two ways to read the claim, and on either reading the claim comes out as true (at least, given certain common and plausible assumptions regarding the underlying logic). In addition, the truth of a slight modification of the claim hinges on the outcome of a metaphysical debate currently raging in the philosophical literature.

Before arguing for any of this, however, the following caveat is important to note: I am not claiming that any of the claims or interpretations given below were, or even should have been, held by Heidegger. In short, I am not interested (at least for the purposes of this essay) in sorting out in detail why Heidegger believed that “Nothing nothings” is true. Rather, I am interested in whether we should believe that this sentence is true, and if so, why.

I will divide the task of understanding the sentence “Nothing nothings” into two parts. The first and simpler part is to determine how to understand a sentence of the form “Nothing Fs” where F is some arbitrary predicate. “Nothing Fs” (or, equivalently, “Nothing is F”) is, from a logical perspective, equivalent to the following claim:

Or, even more simply:

On the “is” of predication reading, “t is nothing” becomes something like:

This statement is easily formalized in the standard classical first-order logic taught to undergraduates, and is a logical truth. Thus, not only is “Nothing nothings” true on this reading, it is true as a matter of logic alone.

Things are slightly more complicated on the “is” of predication reading. If we combine the recipes illustrated by (1) and (4) above, we get the following:

(6)        It is not the case that there exists an object x such that x has no properties holding of it.

Thus, Heidegger’s claim seems straightforwardly true (at least, on these ways of understanding it, which as I noted at the outset, might not be the way that Heidegger understood it). But what happens if we modify the statement slightly, inserting the word “possibly” and obtaining:

On the “is” of predication reading, this becomes:

(8)        It is not the case that there exists an object x such that it is possible that x has no properties holding of it.

In other words, “Nothing possibly nothings”, on the “is” of predication reading, amounts to the claim that every object that exists not only has some properties that hold of it, but in addition must have properties holding of it (i.e. it is impossible that no properties hold of it). This claim is a bit obscure, but is accepted by most logicians who work on systems containing both second-order quantification and modal notions like “necessity”, “possibility”, and “impossibility”.

This is equivalent to the slightly less cumbersome:

(10)      Everything that actually exists, necessarily exists.

Necessitism has been recently defended by Timothy Williamson, in Modal Logic as Metaphysics. While his defense of necessitism is subtle and interesting, the view is extremely counterintuitive, and thus remains a subject of much contention within metaphysics and the philosophy of logic. In short, although “Nothing nothings” seems, at least on the readings given above, uncontroversially true, whether “Nothing possibly nothings” is true remains an exciting open question in philosophical research.

Timothy Williamson's Modal Logic as Metaphysics was published by OUP, 2013.

[Special thanks go to Geoffrey Hellman and the students in his Philosophy of Logic course for listening to and commenting on an early version of these ideas.]