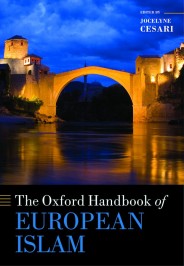 The first collection to present a comprehensive approach to the multiple and changing ways Islam has been studied across European countries.

Since the attacks on Charlie Hebdo on 7 January, the saying (wrongly attributed to Voltaire), “I disapprove of what you say, but I will defend to the death your right to say it,” has become a motto against radicalism. Unfortunately, this virtuous defense of freedom of speech is not only inefficient but is backfiring, as demonstrated by protests in Muslim countries against the latest issue of Charlie Hebdo, which was released in the aftermath of the attacks.

The challenge of global jihad in Europe is broader and is the result of the lack of symbolic integration of Islam within liberal democracies, as well as the preeminence of a global theology of intolerance which Al Qaida and ISIS have used to build their political ideology.

First, symbolic integration of Islam is different from socio-political integration of Muslims. European politicians have addressed the former through different educational and socio-economic policies, without paying attention to the latter, which refers to the recognition of Islam as part of the respective national culture and history of European countries. This lack of symbolic integration has translated into increasing discriminatory policies vis-à-vis a number of religious practices, from the use of the hijab and the building of mosque minarets, to circumcision and halal food, all deemed “illiberal” and “uncivic.” This discrimination leads a lot of Muslims, even the secular ones, to think that they are not accepted as full members of European societies. This amplifies anti-Islamic discourse, which is no longer the monopoly of extreme right wing movements, but comes to be shared by all political actors from the right to the left.

Islam is presented as an external religion that threatens the core liberties of European democracies and therefore needs to be limited or circumvented. At the same time, since World War II, most European democracies have limited freedom of speech and press when it propagates racial hatred and negation of the Holocaust. That is why, since the Danish cartoons controversy of 2006, some Muslims have argued they should be protected by these same laws, drawing a line between legitimate critique and insult.

Although the distinction can be blurry, Charlie Hebdo satires have not always been funny critiques but blatant insults to the basic creeds of Muslims. This incapacity to differentiate between critique and insult has been played out by radical groups like Al Qaida and ISIS, both of whom seek to recruit members from Western democracies. Both justify global jihad for the sake of Islam, which must be saved from the decadent western enemy. Because this “us versus them” mentality is very accessible to young Muslims everywhere, through the internet and other social media, it is no surprise that this rhetoric resonates with their daily experience in European societies and therefore make some of them easy recruits for global jihad.

In this regard, the preeminence of Salafi-jihadi discourses, which have monopolized the debate on “true” Islam, not only among Muslims but also in the eyes of the general population across Europe, reinforces the antinomy between the West and Islam. This discourse operates on the conceptualization of the “West” as a threat to Islam, not only through military means, but most importantly through attacks on Islamic creeds and practices.

As an inverted image, “Islam” in the eyes of most Europeans is perceived exactly in the same terms: a religion that is a threat to western values. In this sense, the clash is not between civilizations but between negative, inverted perceptions of Islam and Muslims. It will require courage on the part of European politicians, media, and public intellectuals to address Islam as a legitimate part of national communities in order to diminish the sense of alienation that can make some Muslims more vulnerable to the strategy of Al Qaida or ISIS.

The second reason why freedom of the press is irrelevant in the fight against global jihad is the powerful presence of the Salafi version of Islam in the religious market of ideas. This is problematic because, even as most Muslims in the West are not Salafis and the majority of Salafis are not jihadists, groups like Al Qaida and ISIS have a Salafi background. It means that their theological view comes from a particular interpretation of Islam rooted in Wahhabism, an eighteenth-century doctrine adopted by the Saudi kingdom.

“The clash is not between civilizations, but between negative, inverted perceptions of Islam and Muslims.”

In the West, Salafis incite people to withdraw from mainstream society, which is depicted as impure, in order to live by strict rules. These reactionary interpretations do contain similarities with jihadist discourse. So even if Salafism is, in itself, no root cause of radicalization into violence, it serves as the religious framework of radical groups such as ISIS. While there is no doubt that the majority of Muslims do not follow this radical strategy, it is difficult to demystify this theology of intolerance from a traditional Islamic perspective.

In other words, there is an urgent need for Muslim clerics everywhere to systematically overpower the influence of politicized interpretations of Islam, whether through employing the Internet, social media, or other educational tools.

Addressing the need for the symbolic integration of Islam, as well as the global revival of the Islamic tradition, requires Muslim leaders, secular politicians, and lay citizens to share responsibility and common action to overcome the “us versus them” mentality which is at the foundation of all extremism.

Regretfully, the political and religious consensus that dominated the demonstrations against terror in France could have been a symbolic first step in this direction, but is rapidly dissipating.

Jocelyne Cesari is a Senior Research Fellow at the Berkley Center, Georgetown University Director of the Harvard Islam in the West Program. She is Editor of The Oxford Handbook of European Islam.