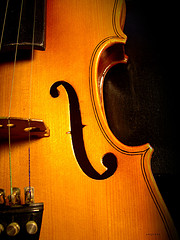 ‘I write arrangements, I’m sort of a wannabe composer’ – consciously or otherwise, these words from violinist Joshua Bell seem to give voice to the tension between these two interlocking musical activities. For arrangement and composition are interlocked, as composers throughout the ages have arranged, adapted, revised, and generally played free with musical compositions of all kinds (their own and other people’s) for reasons artistic, practical, or downright commercial.

If an arrangement is – in the definition of New Grove – ‘the reworking of a musical composition, usually for a different medium from that of the original’, then examples abound from earliest times. In the Renaissance, a cappella vocal ensemble pieces were reworked as music for solo keyboard or lute in a practice called ‘intabulation’ (so-called as the music was written in tablature). With simple elaborations of the vocal lines to suit the instrument, it was a technique echoed in some of the pieces from the Fitzwilliam Virginal Book (late 16th/early 17th century), where contemporary songs and airs were filled out and decorated in transcriptions for keyboard. From the same period, English madrigals were published as ‘apt for voices or viols’ – certainly indicating they could be performed in different ways, perhaps also revealing a publisher’s desire to exploit two markets.

This practice of borrowing and adapting took off apace in the Baroque period, with composers plundering their own pieces and the works of others for musical material. Handel was an inveterate borrower of his own material. For example the Presto that forms part of the Finale of the orchestral overture to the opera Il Pastor Fido (1712) was later rewritten as the last movement of the Keyboard Suite No. 3 in D minor, HWV 428, and again as the last movement of the Organ Concerto, Op. 7 No. 4. Bach transcribed some of his cantata movements as the ‘Schübler’ choral preludes for organ, while as director of the Leipzig Collegium Musicum, he rearranged his earlier violin concertos as keyboard concertos for the amateur musicians to play and rehearse at their weekly practices in Zimmermann’s Kaffeehaus. The Italian composer Francesco Geminiani took his compatriot Corelli’s famous Opus 5 collection of sonatas for violin and continuo and transformed them into concerti grossi.

This ease of transference was partly due to compositional techniques. The polyphonic lines of Baroque music could be readily transferred from one instrument to another, while the clear harmonic structure of the figuration meant that the single lines could be filled out with chords. So it was that Bach amplified his Prelude from the Solo Partita for violin BWV 1006 into the introduction to his cantata ‘Wir danken dir, Gott’, where it forms a glorious movement for obbligato organ, strings, oboes, and trumpets. (And some scholars have suggested that Bach’s famous Toccata and Fugue in D minor for organ may have begun life as a work for solo violin.) Bach also transcribed string concertos by Vivaldi for organ solo, partly to learn the compositional technique, as was Mozart’s motivation half a century later for transcribing Bach’s own keyboard fugues for string trio and quartet; but in so doing he couldn’t resist adding musical details and enriching the textures.

Yet there are examples of reworkings of material well into the Classical period. Some of the themes from Beethoven’s The Creatures of Prometheus resurfaced in the finale of the Eroica Symphony, while the composer also rearranged his violin concerto as a piano concerto and the entire Second Symphony for piano trio.

In the nineteenth century, the rise of the piano as the domestic musical instrument par excellence saw countless transcriptions of orchestral and chamber pieces published for piano solo and duet. At one level, in an age before recordings and mass concert-goings, this became a means of coming to know and appreciate this repertoire. At another, it provided the basis for the virtuoso piano transcription or ‘paraphrase’, such as Liszt’s Réminiscences de Don Juan, a fantasy for piano on themes from Mozart’s Don Giovanni so demanding that Liszt later published a two-piano version.

Sometimes the motivation for an arrangement seems to be a desire to ‘improve’ on the original. Thus we find versions of Beethoven’s Third Symphony rescored to take advantage of advances in instrument design. Rimsky-Korsakov did much to promote the music of his fellow Russian composer Mussorgsky through his reorchestrations, but was he prompted by homage or a wish to ‘correct’ faults he perceived in the original? When a composer orchestrates the work of another, the result can become a hybrid filled with the musical personality of the orchestrator. Ravel’s orchestration of Mussorgsky’s Pictures at an Exhibition shimmers with impressionist colour, while Bach’s Fantasia and Fugue in C minor for organ is so smothered in Elgar’s orchestration that it is almost transformed into a work by Elgar himself.

And so this desire to rework a musical composition for other forces has been a constant throughout music history. Whatever the motivation – practical, instructional, or homage – musicians cannot resist tinkering with pieces and transforming them into new works. Composing and arranging: perhaps these activities are more closely related than we think.

David Blackwell is co-author of Solo Time for Violin, a new three-volume set of arrangements from a wide range of repertoire for violin and piano and some original compositions.