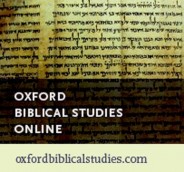 In an effort to introduce readers to our global staff and life here at Oxford University Press (OUP), we are excited to bring you an interview with Robert Repino, an editor in the reference department. His debut novel, Mort(e), will publish in January with Soho Press.

When did you start working at OUP?

Can you tell us a bit about your current position here?

I am the editor of three online resource centers: Oxford Islamic Studies Online (OISO), Oxford Biblical Studies Online (OBSO), and the Oxford African American Studies Center (AASC). The term editor, though, is a bit misleading, since I spend more time managing projects than actually editing text. The main part of my job is recruiting scholars in different fields to write or review new content for the site, which consists mostly of encyclopedia-style articles, but can also include primary source documents, editorials, and teaching aids. I also plan out the different areas of focus for each year. For example, this year we obviously need more content covering the situation in Syria and Iraq for Oxford Islamic Studies Online. Finally, I coordinate with the Marketing team to bring more attention to the sites through blog posts, interviews, and partnerships with academic organizations.

You are about to publish your first novel. Where did your inspiration come from for the book?

I had a dream one night in which aliens landed on earth and somehow altered all of the non-human animals to make them intelligent. The animals could speak, walk upright, and form armies that could fight the humans. It was very alarming—I remember in particular an image of a saucer hovering over my childhood home, with animal soldiers exiting it, marching down a giant gangplank into my backyard.

As I thought about it in those first few moments, the idea reminded me of all the big stories I’ve wanted to write since I was much younger. Like many nerdy kids who grew up watching Star Wars and Star Trek, I had always wanted to create some kind of science fiction epic, only I wanted mine to be a little subversive, and I wanted it to comment on politics, religion, and morality. Very quickly, I decided to frame this story around a sentient animal fighting in a rebellion against humanity. I turned the aliens into ants because I wanted them to have a good reason for being angry with humans. And I grounded the story in the unlikely relationship between a cat and a dog. In fact, these characters are based on the cat I grew up with, and the dog who was his playmate. Perhaps because of this friendship, my cat apparently came to believe he was a dog. The scene in the novel in which the cat “guards” the house against a babysitter is based on a true story. (We never saw the babysitter again after that.)

Did the projects that you are working on here at OUP influence you at all while writing your novel?

Yes, especially with regard to religious studies. The Queen of the ants believes that humans are evil because they see themselves as the center of the universe, the species chosen by their creator to rule over the world. Meanwhile, the main character, Mort(e), discovers that he is the prophesied savior whom the humans believe will end the war and destroy the Queen. As a result, the novel devotes a lot of space to exploring the power of religious beliefs, the promise (or threat) of the afterlife, the cryptic nature of sacred scriptures, and the difficult and often lonely decision one faces when rejecting a religion in certain contexts. In some ways, Mort(e) is an inversion of the prophet/savior archetype, as he doesn’t believe in the mythology that the humans have crafted around his life story. At the same time, he recognizes the power of these religious traditions, and accepts that spiritual experience is perhaps universal among all sentient beings. As you can imagine, a lot of this stuff is in Oxford Islamic Studies Online and Oxford Biblical Studies Online, and scholars of religious studies will probably recognize some of the terminology and imagery. (Plus, the epigraph is from Numbers 22:28–31. Look that up, and you’ll see why it’s quite appropriate.)

Has your experience as an author impacted the way that you edit?

I think so. It took me a year to write the book, but nearly four years to revise, edit, and proofread it. So, I now understand, after much resistance, that editing is writing. It can be hard to accept that sometimes. But I think I’m better at seeing the big picture in a given article or essay than I used to be. And, very often, I understand a simple cut solves a ton of problems.

What was the most surprising thing that you learned?

A novelist who was kind enough to blurb the book told me that a scene in Mort(e) in which a giant rat throws up at the sight of a corpse is not accurate. Apparently, rats and horses are the only mammals that cannot vomit. I’ll just leave that for you to ponder.

Do you have any advice for first time authors?

Write as much as you possibly can. For sheer volume—and therefore, more practice—short stories are easier to work on than novels. (Novels can become extremely discouraging between pages 30 and 50.) Write a story, and when you’re finished, celebrate by writing another. There is a great speech by Ray Bradbury that is available on YouTube in which he challenges people to write a short story a week (or a month, whatever) for a year. At the end of that year, most of your work will stink. Some of it might be good. But no matter what, you will be a much better writer.

Any suggestions for others working in publishing with dreams of finishing their novel?

I think that finishing a novel can be daunting for anyone who has a full-time job. It’s so important to set up a time of day to write that works for you, and to stick to that as best as you can. And, to occasionally sequester yourself on a weekend if you have to. Even writing 100 words that you later delete is better than writing nothing (and then binge watching a reality show). And then, when you have finally powered through, you have to embrace the revision process, which can often require reaching out to people you trust for help. This being publishing, you should be able to find someone.

Robert Repino is an Editor in the Reference department of Oxford University Press. After serving in the Peace Corps in Grenada, he earned an MFA in Creative Writing at Emerson College. His work has appeared in numerous publications, including The African American National Biography (2nd Edition), The Literary Review, The Coachella Review, Hobart, and JMWW. His debut novel Mort(e) is forthcoming from Soho Press in January 2015. You can follow him on twitter @Repino1 or visit his author website at robertrepino.com.