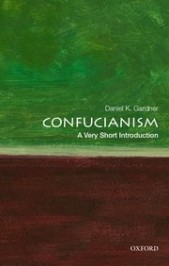 To understand China, it is essential to understand Confucianism. There are many teachings of Confucianist tradition, but before we can truly understand them, it is important to look at the vision Confucius himself had. In this excerpt below from Confucianism: A Very Short Introduction, Daniel K. Gardner discusses the future the teacher behind the ideas imagined.

Confucius imagined a future where social harmony and sage rulership would once again prevail. It was a vision of the future that looked heavily to the past. Convinced that a golden age had been fully realized in China’s known history, Confucius thought it necessary to turn to that history, to the political institutions, the social relations, the ideals of personal cultivation that he believed prevailed in the early Zhou period, in order to piece together a vision to serve for all times. Here a comparison with Plato, who lived a few decades after the death of Confucius, is instructive. Like Confucius, Plato was eager to improve on contemporary political and social life. But unlike Confucius, he did not believe that the past offered up a normative model for the present. In constructing his ideal society in the Republic, Plato resorted much less to reconstruction of the past than to philosophical reflection and intellectual dialogue with others.

This is not to say, of course, that Confucius did not engage in philosophical reflection and dialogue with others. But it was the past, and learning from it, that especially consumed him. This learning took the form of studying received texts, especially the Book of Odes and the Book of History. He explains to his disciples:

The frequent references to verses from the Odes and to stories and legends from the History indicate Confucius’s deep admiration for these texts in particular and the values, the ritual practices, the legends, and the institutions recorded in them.

But books were not the sole source of Confucius’s knowledge about the past. The oral tradition was a source of instructive ancient lore for him as well. Myths and stories about the legendary sage kings Yao, Shun, and Yu; about Kings Wen and Wu and the Duke of Zhou, who founded the Zhou and inaugurated an age of extraordinary social and political harmony; and about famous or infamous rulers and officials like Bo Yi, Duke Huan of Qi, Guan Zhong, and Liuxia Hui—all mentioned by Confucius in the Analects—would have supplemented what he learned from texts and served to provide a fuller picture of the past.

Still another source of knowledge for Confucius, interestingly, was the behavior of his contemporaries. In observing them, he would select out for praise those manners and practices that struck him as consistent with the cultural norms of the early Zhou and for condemnation those that in his view were contributing to the Zhou decline. The Analects shows him railing against clever speech, glibness, ingratiating appearances, affectation of respect, servility to authority, courage unaccompanied by a sense of right, and single-minded pursuit of worldly success—behavior he found prevalent among contemporaries and that he identified with the moral deterioration of the Zhou. To reverse such deterioration, people had to learn again to be genuinely respectful in dealing with others, slow in speech and quick in action, trustworthy and true to their word, openly but gently critical of friends, families, and rulers who strayed from the proper path, free of resentment when poor, free of arrogance when rich, and faithful to the sacred three-year mourning period for parents, which to Confucius’s great chagrin, had fallen into disuse. In sum, they had to relearn the ritual behavior that had created the harmonious society of the early Zhou.

That Confucius’s characterization of the period as a golden age may have been an idealization is irrelevant. Continuity with a “golden age” lent his vision greater authority and legitimacy, and such continuity validated the rites and practices he advocated. This desire for historical authority and legitimacy—during a period of disrupture and chaos—may help to explain Confucius’s eagerness to present himself as a mere transmitter, a lover of the ancients. Indeed, the Master’s insistence on mere transmission notwithstanding, there can be little doubt that from his study and reconstruction of the early Zhou period he forged an innovative—and enduring—sociopolitical vision. Still, in his presentation of himself as reliant on the past, nothing but a transmitter of what had been, Confucius established what would become something of a cultural template in China. Grand innovation that broke entirely with the past was not much prized in the pre-modern Chinese tradition. A Jackson Pollock who consciously and proudly rejected artistic precedent, for example, would not be acclaimed the creative genius in China that he was in the West. Great writers, great thinkers, and great artists were considered great precisely because they had mastered the tradition—the best ideas and techniques of the past. They learned to be great by linking themselves to past greats and by fully absorbing their styles and techniques. Of course, mere imitation was hardly sufficient; imitation could never be slavish. One had to add something creative, something entirely of one’s own, to mastery of the past.

Thus when you go into a museum gallery to view pre-modern Chinese landscapes, one hanging next to another, they appear at first blush to be quite similar. With closer inspection, however, you find that this artist developed a new sort of brush stroke, and that one a new use of ink-wash, and this one a new style of depicting trees and their vegetation. Now that your eye is becoming trained, more sensitive, it sees the subtle differences in the landscape paintings, with their range of masterful techniques an expression. But even as it sees the differences, it recognizes that the paintings evolved out of a common landscape tradition, in which artists built consciously on the achievements of past masters.

Daniel K. Gardner is Dwight W. Morrow Professor of History at Smith College. He is the author of The Four Books: The Basic Teachings of the Later Confucian Tradition , Zhu Xi's Reading of the Analects: Canon, Commentary, and the Confucian Tradition and Confucianism: A Very Short Introduction.

It’s not you, it’s me: the problem of incivility