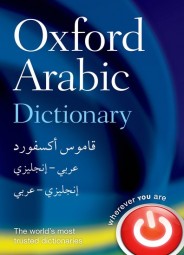 All language-learners face the difficulties of regional variations or dialects. Usually, it takes the form of an odd word or turn of phrase or a peculiar pronunciation. For most languages, incomprehension is only momentary, and the similarity — what linguists often refer to as the mutual intelligibility — between the standard language taught to foreigners and the regional speech pattern is maintained. For a language such as French, only the most extreme cases of dialectical differences, such as between Parisian and Québécois or Cajun, pose considerable difficulties for both learners and native speakers of dialects close to the standard. For other languages, however, differences between dialects are so great as to make most dialects other than the standard totally incomprehensible to learners. Arabic is one such language.

The problem that faces most learners of Arabic is that the written language is radically different from the various dialects spoken throughout the Arab world. Such differences appear in a variety of forms: pronunciation, vocabulary, syntax, and tenses of verbs. The result is that even the most advanced learner of standard Arabic (or ‘the standard’) might find herself completely at sea on the streets of Beirut, while it is also conceivable for a student to complete a year of immersion in Cairo and not be able to understand a text written in the standard language.

The most diligent and ambitious of Arabic students, therefore, is required to learn both the standard and a regional variant in order to cover all the social situations in which they might use the language. This, however, will not solve their dilemma in its entirety: Moroccan Arabic is foreign to Levantines, while Iraqi can be quite a puzzle for Egyptians. Even the mastery of a regional variant along with the standard will only ease the learner’s task in part of the Arab World, while making it no easier in other regions. This phenomenon, in which a number of quasi- or poorly-intelligible dialects are used by speakers of a particular language depending on the situation in which they find themselves, is known as diglossia.

The source, or rather sources, of diglossia in the Arab world are both manifold and contentious. In part, regional differences come about from contact between Arabic speakers and non-Arabic speakers. Moroccan Arabic, for example, borrows from Berber, while Levantine dialects (spoken in Syria, Lebanon, Palestine, Israel, and Jordan) have Aramaic elements in them. The dialects of the Persian Gulf area show the influence of Persian and Hindi, both of which were the languages of important trading partners for the region’s merchants. Finally, the languages of imperial or colonial administration left their imprint on virtually all dialects of the Arab World, albeit in different measures. It is for this reason that native speakers may choose from a variety of words, some foreign and others Arabic, in order to describe the same concept. Thus a Moroccan might use henna (from Berber) or jidda for grandmother; a Kuwaiti might buy meywa (from Farsi) or fawaakih when he has a craving for fruit; and a Lebanese worker might say she is going to the karhane (from Ottoman Turkish) or masna` when heading off to the factory.

Dialectical differences are not just a matter of appropriations and borrowings. Just as many non-native learners have grappled with the complex structure of the Arabic language, so too have many native speakers of Arabic. For all its complexity, however, there are certain nuances that standard Arabic does not express with efficiency or ease. This is why the regional dialects are marked by a number of simplifications and innovations, intended to allow for greater agility and finesse when speaking.

For example, Levantine dialects make use of agent participles (faakira, the one thinking; raayihun, the ones going; maashi, the one walking) instead of actually conjugating the verb (‘afkuru, I am thinking; yaruuhuuna, they are going; tamshiina, you are going). However, these same dialects, as well as Egyptian, have also created a series of verbal prefixes — small non-words that come before the conjugated verb — in order to refine the duration and timing of an action when conjugated verbs are used: baya’kal, he eats; `am baya’kal, he is eating; raH ya’kal or Ha ya’kal, he will eat. Such distinctions are familiar to speakers of English, but are not immediately apparent in Arabic, whose verbal system seeks to stress other types of information.

The more the merrier

Indeed, this display of innovation and human creativity is one of the strongest motivations for learning Arabic, whether standard or colloquial. Arabic might require as much effort and commitment as the acquisition of two or three Indo-European languages in order for a non-native speaker to be able to communicate in a meaningful way. However, it also opens the door to understanding the manner in which humans use and adapt language to their particular contexts. The diglossia issue is one that causes complications for non-native learners and native Arabic speakers alike, but it is also a fascinating showcase of the birth and evolution of languages that challenges our preconceived notions about good and bad speech, and the relative importance and value of dialects.

Michael Erdman is a Doctoral Candidate in the Near and Middle Eastern Studies Department at the School of Oriental and African Studies.

Discuss all aspects of language learning in the Oxford Dictionaries Community.