It is virtually impossible for an English-language lexicographer to ignore the long shadow cast by Henry James, that late nineteenth-century writer of fiction, criticism, and travelogues. We can attribute this in the first place to the sheer cosmopolitanism of his prose. James’s writing marks the point of intersection between registers and regions of English that we typically think of as mutually opposed: American and British, Victorian and modernist, intellectual and popular, even the simple good sense of Saxon-Germanicism and the fine silk shades of Franco-Romanticism. Thus, because his writing defies easy categories, it isn’t hard to suppose that James belongs in the back parlor of English-language history, a curiosity of passing interest, but one which, in its very idiosyncrasy, fails to capture the ‘ordinary, everyday’ language. 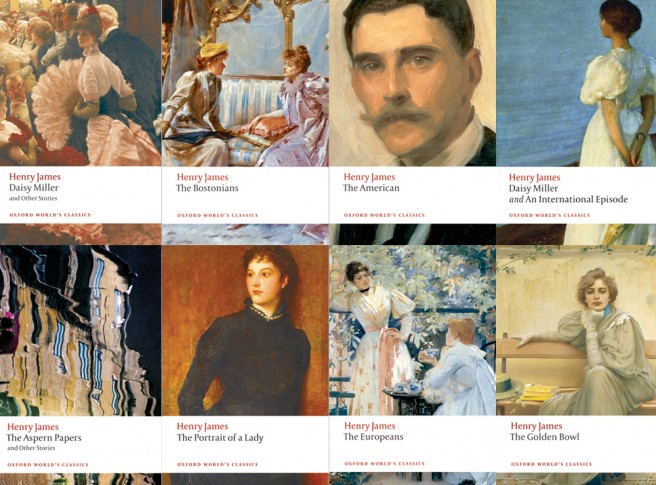 Henry James in the OED

Nevertheless, the Oxford English Dictionary (OED) cites Henry James over one thousand times, often in entries for common English words like use, turn, come, do, and be. At least one explanation for this preponderance is the fact that, precisely because James’s prose incorporates elements from so many different kinds of English, it is uniquely positioned to exemplify—and even differentiate between—very subtle distinctions of usage and meaning. Thus, at green adj. James’s early novel The American provides a downright crystalline use of the phrase green in earth to mean ‘just buried’: ‘He thought of Valentin de Bellegarde, still green in the earth of his burial.’ By adding the final (semantically superfluous) three words, not only does James clarify the phrase’s context, he accentuates its poetic wordplay; its dependence on the double sense of green both as ‘new’ (sense 7a) and as ‘covered with vegetation’ (sense 2a) in order to conjure the renewal of the earth that is part and parcel of the burial rite. In this case, poeticism, often an obstacle to meaning, is actually the most probable explanation for the collocation’s longevity.

James’s ability to write prose that is both fastidiously discerning and euphemistically elliptical is not accidental, and cannot fail to intrigue someone whose business it is to describe words all day. In fact, despite clearly affectionate attachments to a number of words (presence and relation leap to mind), the one I would nominate as James’s absolute favorite is of great concern for lexicography—the thoroughly common word thing. Meaning quite literally any-thing from the genitals (sense 11 c) to a work of art (sense 13, complete with a James citation), thing is remarkably Jamesian in its ability to denote both the most concretely literal elements of reality and the most rarefied abstractions of human thought. And it is in just this respect that the word presents itself at the heart of perhaps the most naïve yet essential question that the lexicographer must answer: whether any particular meaning associated with a given word is actually ‘a thing.’ At times, this can be quite easy: it is not difficult to evaluate whether the physical object we mean when we say ‘smart phone’ is a ‘thing.’ But in many cases, the ‘thing’ referred to by a word is only conceptual. The existence of what we mean by ‘freedom’, for example, cannot be empirically proven. All we can say for sure is that the frequency and manner in which people use such words strongly suggests that they mean specific ‘things’.

Philosophically speaking, what makes ‘thing’ so interesting is that it straddles the gap between words that refer to physical objects and those that refer to abstract concepts, serving as a kind of verbal ‘junk drawer’ where items from both groups get casually tossed, only to wind up completely tangled and confused. Unsurprisingly, this confusion is just what James chooses to explore in his short story ‘The Real Thing.’ Its protagonist is an illustrator visited by two aristocrats, Major and Mrs. Monarch, who have fallen on hard times. They volunteer themselves as models for the artist, presuming that as bona fide members of society they are more suitable subjects for the aristocratic characters he depicts than the working-class types he typically employs. In fact, of course, the couple is awkward and unnatural, unable to embody the concept of aristocracy despite being literal examples of it.

In just the same way, when a particular word is used ‘in the real world’, it will almost never be a perfect example of the concept it refers to. Consequently, it becomes the lexicographer’s job to improve upon ‘the real thing’, to illustrate a word more vividly than the real world can. This is especially clear when the word being defined refers to a fictional character, like the tooth fairy. To give wholesale priority to this term as a lexical object would render a definition like ‘a fairy that takes children’s baby teeth after they fall out and leaves a coin under the child’s pillow.’ This covers how the term is ordinarily used, since in everyday speech we are not in the habit of constantly remarking on the key conceptual detail that the tooth fairy is not real. Nevertheless, a definition that fails to note this misses, paradoxically enough, ‘the real thing.’ Just as Major Monarch doesn’t quite look like ‘the real thing’ he is, sometimes a word used in everyday speech doesn’t quite capture the thing it really is.

Jeff Sherwood is a US Assistant Editor for Oxford Dictionaries. Read more about Henry James with Oxford World’s Classics. A version of this article originally appeared on the OxfordWords blog.