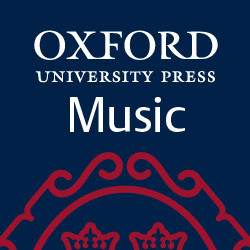 We asked our composers a series of questions based around their musical likes and dislikes, influences, challenges, and various other things on the theme of music and their careers. Each month we will bring you answers from an OUP composer, giving you an insight into their music and personalities. Today, we share our interview with composer Hilary Tann.

Praised for its lyricism and formal balance, Hilary Tann’s music is influenced by her love of Wales and a strong identification with the natural world. A deep interest in the traditional music of Japan has led to private study of the shakuhachi and guest visits to Japan, Korea, and China. Her compositions have been widely performed and recorded by ensembles such as the European Womenʼs Orchestra, Tenebrae, Lontano, Meininger Trio, Thai Philharmonic, Royal Liverpool Philharmonic, BBC National Orchestra of Wales, and KBS Philharmonic in Seoul, South Korea.

Which of your pieces are you most proud of and/or holds the most significance to you?

The large orchestral work, From Afar, comes to mind immediately. I especially enjoyed the Korean Broadcast Symphony performance because it captured the sense of the traditional music of Japan so well. From the chamber music repertory, Nothing Forgotten (piano trio) stands out as an Adirondack piece, and from the choral repertory, The Moor (SA) recalls Wales and my interest in sacred music.

Which composer were you most influenced by and which of their pieces has had the most impact on you?

In the early days I was influenced by the music of Roberto Gerhard, especially Libra, Hymnody, and the Concerto for Orchestra. In fact, I began postgraduate work with Jonathan Harvey in Southampton University, studying Gerhard’s oeuvre, and it was this work which initially took me to Princeton University in the United States.

The Wye Valley for piano. When he interviewed me for BBCWales, Ian Skidmore called this “the beginning of my tradition of being inspired by nature”. I responded that at age 6 I wasn’t thinking that I was beginning a tradition!

If you could have been present at the premiere of any one work (other than your own) which would it be?

Monteverdi’s Vespers of 1610 — all the pageantry, all those timbres, wonderful!

A geologist. I grew up when plate tectonics were coming into the public eye and, coming from Wales, rocks have always excited me. But actually, writing music has been at the forefront ever since I can remember.

What is your favourite piece of music in the OUP catalogue that isn’t yours?

Hard to say. . . lots . . . but I loved William Matthias‘s Symphony No. 2 (Summer Music) when I first heard it, and John Buller‘s Theatre of Memory bowled me over on first listening.

Harp — not so much the Romantic harp, but the works of Turlough O’Carolan — Celtic harp. In fact I did take lessons some 20 years ago before writing From the Song of Amergin (fl, va, hp) and I really enjoyed getting to know the 43-string instrument. (My main instruments are piano and cello, but my hands are small for these, whereas I’m told have “good” harp hands. Perhaps one day I can return to this haunting sound world.)

Is there a piece of music you wish you had written?

Welsh-born composer Hilary Tann lives in the foothills of the Adirondack Mountains in upstate New York where she is the John Howard Payne Professor of Music at Union College, Schenectady. She holds degrees in composition from the University of Wales at Cardiff and from Princeton University. From 1982 to 1995 she held a number of Executive Committee positions with the International League of Women Composers. She was guest Composer-in-Residence at the 2011 Eastman School of Music Women in Music Festival and will be composer-in-residence at the 2013 Women Composers Festival of Hartford.

Putting George Enescu back on the musical map