One Hundred Letters From Hugh Trevor-Roper

You think I am ironical when I am serious and serious when I am ironical—or at least you pretend to do so; is it just calculated feminine perversity, or is my language really so ‘ambiguous’? Of course I was perfectly serious when I said James should read natural history books and become observant. You say that those are two things that I have not done. But (if you are right in saying so) may I not even so suggest that a boy avoid the omissions that I perhaps regret having made in my early studies? In fact I don’t think you are right. When I was a small boy I was an enthusiastic naturalist: I read numbers of books on natural history (some of which I will now give to James if you think he will like them); knew all the wild flowers that grew in Northumberland, all the kinds of crustaceans, molluscs, sea-mice, marine-spiders, etc., that crept and clung upon its coast; collected butterflies and moths (I even once caught a White Admiral after days of stalking in Gatwick wood, Surrey); kept hedgehogs, tadpoles, caterpillars and mice; and (unlike Billa) can tell the difference between a weasel and a stoat! If you were ever to come on a country walk with me, I believe I could add considerably to your knowledge of the details of animal and vegetable life! Of course I have forgotten a good deal—especially about birds at which I was never so good, as they are less easy for a short-sighted boy to see; and then I think I interested myself in such things the more because I was a solitary child (neither my brother nor my sister had, or has, the slightest interest in nature; and I was very ungregarious!), and took less interest in them later when I found other subjects to concern myself with; but even so I think it is a good thing for a boy to study, and I was not being ironical at all! 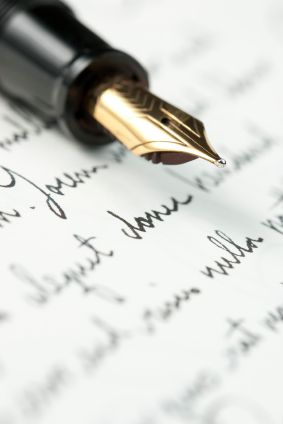 Now you ask what I think of your letters: are they ungrammatical, illexpressed, naïve, platitudinous? I am, you say, ‘a famous writer’, and you expect a judgment. Dearest Xandra, I hate , I really, genuinely hate, being treated as ‘a famous writer’, and I can assure you that there is no more certain way of driving me back into an opaque, impenetrable reserve than by treating me as such.  It maddens me when people introduce me in such terms: I’m afraid I always retreat into a sulky silence and create a very bad impression if they do! I feel it is false in itself, a misuse of language, and also it makes people treat one in a different way, a kind of inhuman, deferential way; and whereas I know you will say I don’t respond much at any time, nevertheless I do think that I can respond just a little in society if treated as human, not as a kind of exhibit or slot-machine! That is one reason why I like undergraduates, at least some of them. It is not for the reason that you supposed, but because they haven’t yet acquired that deferential attitude which people so soon acquire when they think in terms of public dignity. Of course there are other reasons too—they are energetic, willing to rough it and do chores, and interested in experiences: they like seeing and learning and discovering new things and don’t look on everything with that blasé affectation of boredom which older people so often do. All this makes them good travelling companions; I think you are a good travelling companion too; because you are still capable of being delighted and surprised and instructed by new worlds; but you must have noticed how most people, once grown up, lose that freshness of approach, and when they travel are more apt to complain at the interruption of customary routine than to be exhilarated by experiencing something new.

Now, your letters: need I really say it? I love receiving them; they make it perfectly possible for me to live alone here, in this sullen climate, surrounded by deserted rooms and halls, and quadrangles full of apparently inhuman tourists, taking my identical cold meals in solitude and silence while the echoes of their brazen, inappropriate, transatlantic misobservations drift in through my open window. I have tried to work here alone in August before; and always before I have had to give up through utter dispiritedness; but this time I feel I can go happily on and only wish it could go on longer; and this difference is entirely due to the sustaining hope and confidence that next day, at breakfast, I shall find a flat blue envelope with a Melrose postmark and a spidery inscription! I can assure you that my sensitive skin has not yet shivered at an infelicitous adjective, that I never notice your punctuation (which is surely a sign that it is correct), and that I would rather have a mixed metaphor (as in your last letter) than no metaphor at all! If there are any platitudes, I will shudder and tell you; but so far—in some 769 pages—there have been none! So please don’t write to me as if submitting exercises to a critical pedagogue; write as you do, and as fully, and as often, and I am delighted!

And now comes the question what I shall say to Dawyck. I keep putting off my reply to him, because it is so difficult; and perhaps in the end I shall not reply, it being too difficult. How can I explain the position? The fact is that I feel a kind of complex where Dawyck is concerned. He has been a very good friend to me for a long time, and I owe him a great deal and have a genuine respect and deep personal affection for him, and yet I now feel that perhaps we have been on false terms, and that I, insensitively, have been unaware of it. You know, he is very uncommunicative (in some ways less communicative than I am), and when he writes letters they are so brief and bald that they suggest a positive physical difficulty in writing, as if he were writing with treacle or tar instead of ink. Nevertheless he always behaves with such kindness that one tends to deduce his sentiments from that, and in fact, deducing from his behaviour, I have allowed myself to suppose that he both understood me & liked my company more than I now feel that he does. I now feel that he has in his mind a picture of me which, in some respects, I believe to be wrong (for although I am always chary of supposing that I am right about myself, I do feel that there are some points on which one can be a judge), and, further, that he finds me a more difficult companion than he had allowed me to suppose; and therefore I feel that I have exploited his kindness too much in the past; and when he writes suggesting that I write fully and openly to him, I feel that whereas I could have done so before, when I believed there was a greater basis of understanding between us, it is much more difficult now, across the great cloud of incomprehension which seems to me suddenly to have revealed itself between our minds. This is the basis of my difficulty. One can unbare one’s soul (though at the best of times it is a painful enough operation) to someone with whom one feels complete sympathy of understanding; but without that sympathy it is, I think, impossible. Please don’t tell this to Dawyck—that would only add a social misunderstanding to a private difficulty; but if he complains that I have not answered, I hope you will see my difficulty and contrive that he does not blame me for my omission!

Dearest Xandra, these are some of the difficulties that inhibit my expression; and when I try not to thrust before you such a dreary tangle of insoluble emotional and intellectual problems, but to extract with such precision as I can the essential, practical conclusions, then you find these conclusions clear perhaps, but cold. No doubt you are right; but I think that I am also right in supposing that clarity—at least if it is about a complicated and tangled matter—must be rather cold and surgical. However, if you don’t mind the tangle, I can assure you of the warmth. I do indeed love you deeply, more deeply (I am sure) than anyone before, and I now feel that I should be unhappy without you and without your letters in a sense in which I have not been unhappy before. I have often enough wanted to express this, but always I have been inhibited by the great practical difficulties of doing anything about it—so many grim, invincible, irremovable figures project their prohibitive shadows relentlessly across what might otherwise be a simple relationship giving happiness to both of us; or else (I must admit) you have pressed me for short, simple answers and then, perversely, feeling that complex situations don’t provide such simple answers, I have dodged the pressure and slid maliciously away; but at least I have tried to show by other means than words how much your love means to me. I couldn’t have enjoyed our holiday more, and I am ashamed to think that perhaps I have not properly thanked you for it, and for coming with me to visit my friends, and sharing also with me the discomforts which I sometimes so arbitrarily imposed. May I do so now, and ask to be forgiven for my reticence hitherto?

I am beginning to be ashamed of this letter, it is so confused and complicated and egotistical. I will end it. I’m afraid also it is the last I will write for a few days, so for that reason too I wish it were better; but as it will catch the late post tonight, Saturday, I don’t suppose you will get it before Monday afternoon, and since you go to Wales on Tuesday, I daren’t write a letter that may miss you. But I will write again on 13th, to reach you in Wales on 14th; and I shall hope that you will be able, even in these intervening days, to find some opportunity to send me some note, however brief, to tell me that you have had a good journey and are well and sometimes thinking of me, as I shall be of you.

The above is taken from One Hundred Letters From Hugh Trevor-Roper, edited by Richard Davenport-Hines and Adam Sisman. Richard Davenport-Hines is a historian, literary biographer, and former Research Fellow of the London School of Economics. He has edited two previous collections of Hugh Trevor-Roper‘s writings, Letters from Oxford (2006) and Wartime Journals (2011).  Adam Sisman is a freelance writer, specializing in biography. His first book was a life of Hugh Trevor-Roper’s rival, the historian A.J.P. Taylor (1994), and he has more recently written the authorized biography of Trevor-Roper himself (2010).