How does one begin to describe Nelson Mandela? As a leader that fought for civil rights, freedom, equality, socioeconomic development, health awareness, and peace in South Africa. A true revolutionary. One who fought for what he believed was right, despite the consequences. One whose purpose was far greater than his fears. One who sacrificed his freedom for a cause much bigger than himself. One whose actions were so great that the world now mourns the loss of a true global ambassador of peace and progressive change.

In the wake of his death, the staff at Oxford University Press Southern Africa created the following video: a collage of words to describe what Nelson Mandela’s legacy means to the world. We celebrate the life of Mandela and appreciate all that he has taught us in his quest for justice during his 95 years of life. Thank you Madiba.

Oxford University Press Southern Africa is an educational publisher committed to the growth of South Africa and its people through the provision of excellent educational materials and support. OUP-SA strive to develop and deliver quality educational materials and support, based on the demands of learners, students, teachers and lecturers in Southern Africa. OUP-SA has more than 2,700 locally-published books in 11 languages, written by close to 1,000 South African authors. OUP-SA also sell educational books published by other Oxford branches around the world. OUP-SA share the mission of Oxford University to bring excellence in education, scholarship, and research to people around the world. 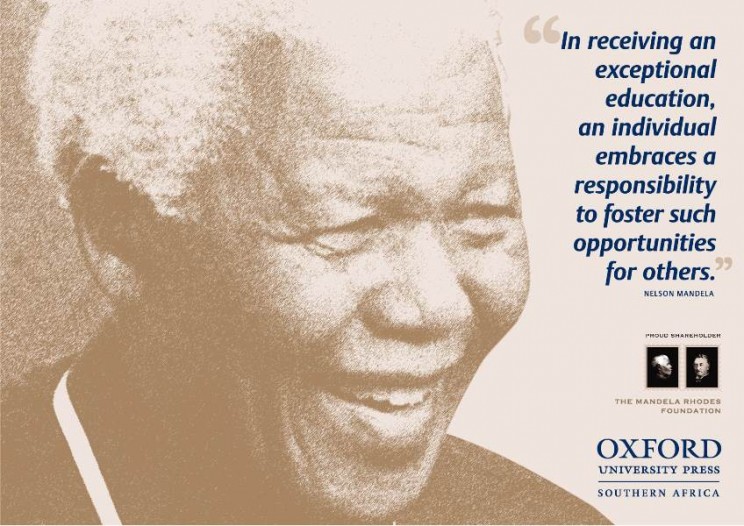