The 29 August 2013 will go down as a key date in British political history. Not only because of the conflict in Syria but also due to the manner in which it reflects a shift in power and challenges certain social perceptions of Parliament.

“It is very clear to me that Parliament, reflecting the views of the British people, does not want to see British military action,” the Prime Minster acknowledged, “I get that and the Government will act accordingly.” With this simple statement David Cameron mopped the blood from his nose and retreated to consider the political costs (both domestically and internationally) of losing the vote on intervention in the Syrian conflict by just 13 votes. While commentators discuss the future of ‘the special relationship’ with the United States, and whether President Obama will risk going into Syria alone, there is great value is stepping back a little from the heat of battle and reflecting upon exactly why the vote in the House of Commons matters. In this regard, three inter-related issues deserve brief comment.

The broader political canvas on which the vote on military intervention in Syria must be painted can be summed up by what is known as the Parliamentary Decline Thesis (PDT). In its simplest manifestation the PDT suggests that the government became gradually more ascendant over Parliament during the twentieth century. Texts that lamented the ‘decline’ or ‘death’ of Parliament — such as Christopher Hollis’ Can Parliament Survive? (1949), George Keeton’s The Passing of Parliament (1952), Anthony Sampson’s Anatomy of Britain (1962), Bruce Lenman’s The Eclipse of Parliament (1992), to mention just a few examples — have dominated both the academic study of politics and how Parliament is commonly perceived.

What the vote on Syria reveals is the manner in which the balance of power between the executive and the legislature is far more complex than the PDT arguably allows for. There is no doubt that the executive generally controls the business of the House but independent-minded MPs are far more numerous, and the strength of the main parties far more constrained, than is generally understood. (Richard Crossman’s introduction to the 1964 re-print of Walter Bagehot’s The English Constitution provides a wonderful account of this fact.) 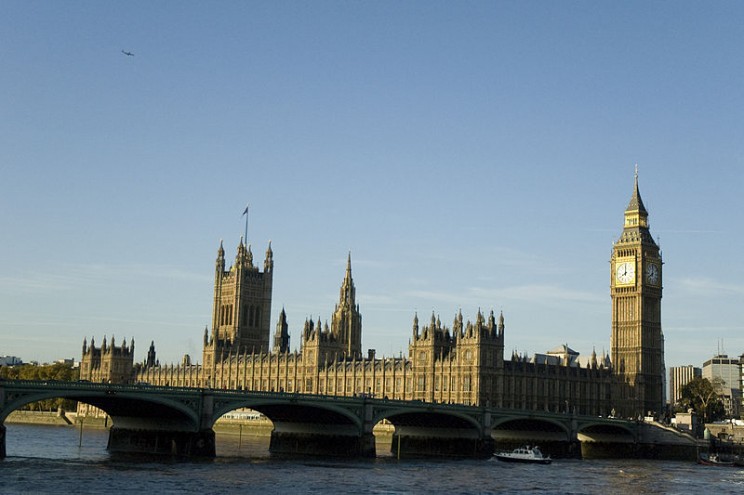 Drilling down still further, this critique of the PDT can be strengthened by examining the changing constitutional arrangements for the use of armed force. The formal legal-constitutional position over the use of armed force is relatively straightforward: Her Majesty’s armed forces are deployed under Royal Prerogative, exercised in practice by the Prime Minister and Cabinet. However, the last decade has seen increased debate and discussion about Parliament’s role in approving the use of armed force overseas. From Tam Dalyell’s proposed ten-minute rule bill in 1999 that would have required ‘the prior approval — by a simply majority of the House of Commons — of military action by the UK forces against Iraq’ through to the vote on war in Iraq on 18 March 2003, the balance of power between the executive and legislature in relation to waging war has clearly shifted towards Parliament. Prior assent in the form of a vote on a substantive motion is now required before armed force can be deployed. The problem for David Cameron is that he is the first Prime Minister to have been defeated in a vote of this nature.

Defeat for the coalition government brings us to our third and final issue: public engagement and confidence in politics (and therefore politicians). The data and survey evidence on public attitudes to political institutions, political processes and politicians is generally overwhelmingly negative with a strong sense that MPs in particular have become disconnected from the broader society they are supposed to represent and protect. The public’s perception is no doubt related to the dominance of the PDT but on this occasion it appears that a majority of MPs placed their responsibility to the public above party political loyalties.

With less than 22% of the public currently supporting military intervention in Syria, Parliament really has ‘reflected the views of the British people’. The bottom line seems to be that the public understands that ‘punitive strikes’ are unlikely to have much impact on a Syrian President who has been inflicting atrocities on his people for more than thirty months. (Only in Britain could war crimes in Syria be relegated for several months beneath a media feeding frenzy about Jeremy Paxman’s beard!) War is ugly, brutal, and messy; promises of ‘clinical’ or ‘surgical’ strikes cannot hide this fact.

At a broader level — if there is one — what the ‘war vote’ on the 29 August 2013 really reveals is that politics matters and sometimes works. Parliament is not toothless and it has the ability to play a leading role in restraining the executive in certain situations. Could it be that maybe politics isn’t quite as broken as so many ‘disaffected democrats’ seem to think?

Professor Matthew Flinders is Director of the Sir Bernard Crick Centre for the Public Understanding of Politics at the University of Sheffield. He wrote this blog while sitting in the Casualty Department of the Northern General Hospital with a broken ankle and is glad to report that he received a wonderful standard of care. Author of Defending Politics (2012), you can find Matthew Flinders on Twitter @PoliticalSpike and read more of Matthew Flinders’s blog posts here.