The public has been so fatigued by the flood of appalling economic news during the past five years that it can be excused for ignoring a scandal involving an interest rate that most people have never heard of. In fact, the Libor scandal is potentially a bigger threat to capitalism than the stories that have dominated the financial headlines, such as the subprime meltdown, the euro-zone crisis, the Madoff scandal, and the MF Global bankruptcy.

It’s not surprising that Libor has generated less interest than these other stories. It has left neither widespread financial turmoil nor bankrupt celebrities in its wake. It took place largely outside of the United States, further rendering the American media and public more disinterested. It involves technical issues that induce sleep in even the most hard-bitten financial correspondents.

Yet, despite its lower profile, the Libor scandal is potentially more serious than any other financial catastrophe in recent memory.

The subprime crisis can be blamed on poor government management: irresponsible fiscal policy combined with loose monetary policy and poor regulatory enforcement. The euro crisis resulted from one poorly conceived idea: creating one currency when retaining 17 distinct currencies would have been better. The Madoff and MF Global debacles can be chalked up to a few isolated unscrupulous and reckless individuals.

By contrast, the Libor scandal was nothing less than a conspiracy in which a group of shadowy bankers conspired against the majority of participants in the financial system—that is, you and me. And therein lies the danger.

Libor is the acronym for the London InterBank Offered Rate. Previously produced for the British Bankers’ Association, it was calculated by polling between six and 18 large banks daily on how much it cost them to borrow money. The highest and lowest estimates were thrown out and the remainder—about half–were averaged to yield Libor.

Libor plays a vital role in the world financial system because it serves as a benchmark for some $800 trillion in financial contracts–everything ranging from complex derivative securities to more mundane transactions like credit card interest rates and adjustable rate home mortgages. 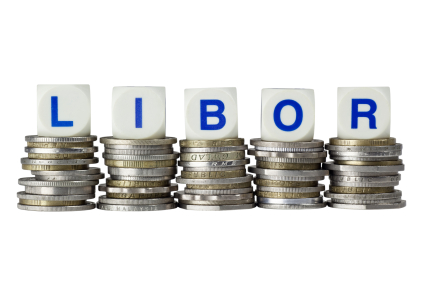 Financial conspiracy theories are about as commonplace–and believable–as those on the Kennedy assassination and the Lindbergh kidnapping. This time, however, emails have surfaced proving that banks colluded on their Libor submissions. In one email, a grateful trader at Barclays bank thanked a colleague who altered his Libor submission at the trader’s behest: “Dude. I owe you big time! Come over one day after work and I’m opening a bottle of Bollinger.”

Unfortunately, efforts to reform Libor have been insufficient.

In July British authorities granted a contract to produce the Libor index to NYSE Euronext, the company that owns the New York Stock Exchange, the London International Financial Futures and Options Exchange, and a number of other stock, bond, and derivatives exchanges. In other words, the company that will be responsible for making sure that Libor is set responsibly and fairly will be in a position to reap substantial profits from even the slightest movements in Libor. Like putting foxes in charge of the chicken coop, this is a recipe for disaster.

The financial system’s role is to channel the accumulated savings of society to projects where they can do the most economic good—a process known as intermediation. My retirement savings may help finance the construction of a new factory; yours might help someone pay for a new house. Although Goldman Sachs CEO Lloyd Blankfein exaggerated when he called this function “Doing God’s work,” intermediation is nonetheless a vital function.

Intermediation will come screeching to a halt if individuals, corporations, and governments no longer trust the financial system with their savings. Those who believe that the interest rates they pay and receive are the result of a game that is rigged will just opt out. They may not go so far as to stash their savings under their mattresses, but they will certainly keep it away from the likes of bankers they believe have been cheating them. Instead they will hold it in cash or in government bonds which will reduce the amount of money available for productive purposes.  The consequences for the economy will be severe.

Rather than handing Libor over to a firm with a conflict of interest, the British government should announce that a year from now, Libor will cease to exist. How would markets react to the disappearance of Libor? The way markets always do. They would adapt.

Financial firms will have a year to devise alternative benchmarks for their floating rate products. Given the low repute in which Libor—and the people responsible for it—are held, it would be logical for one or more publicly observable, market-determined (and hence, not subject to manipulation) interest rates to take the place of Libor as currently constructed.

Only by making this important benchmark rate determined in a transparent manner can faith be restored in it.

Richard S. Grossman is Professor of Economics at Wesleyan University and a Visiting Scholar at the Institute for Quantitative Social Science at Harvard University. He is the author of WRONG: Nine Economic Policy Disasters and What We Can Learn from Them and Unsettled Account: The Evolution of Banking in the Industrialized World since 1800.