When friends heard that I was working on a book on insults, I typically had some explaining to do: “It is not a book of insults; it is a book about insults and the role they play in human society.”

They would go on to ask whether, in my research, I had come across any good insults. Indeed I had. In the process of doing research, I had not only read every insult anthology I could get my hands on but categorized the insults I found there, the way an entomologist might spend time collecting and categorizing beetles.

And what, they would ask, was my favorite insult? I would explain that I didn’t have a favorite—not if by favorite they meant an insult that I liked better than the others. This is because I disliked them all! Indeed, in my book I argue that the world would be a better place if we could curb our insulting tendencies. But having made this point, I admitted that there were some insults that I found particularly interesting because of the cunning manner in which they inflicted harm on their target. In particular, I was intrigued by secondhand insults. 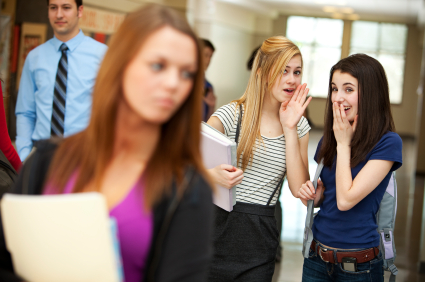 To understand how these insults work, it is first necessary to understand behind-the-back insults. If Al makes disparaging remarks to Bob about Charlie, who isn’t present, Al will have insulted Charlie behind his back. By doing this, Al might be able to hurt Charlie’s social standing, without Charlie knowing about the insult and therefore without the danger that he will retaliate.

Bob can react to Al’s attack on Charlie in a number of ways. He might join in the attack. He might chastize Al for attacking Charlie. Or he might instead react to Al’s attack by telling Charlie what Al has been saying. Bob’s motives for doing this might be laudable: he might want Charlie to know what is going on so he can defend himself against Al’s attacks. Alternatively, he might report the insult simply because he knows Charlie will be upset to hear about it.

Reporting the insult allows Bob, in effect, to insult Charlie without himself being the author of that insult. Furthermore, if asked why he passed on the insult, Bob can defend himself by claiming to have had Charlie’s best interests in mind: he needed to know what was being said about him! His insult, in other words, will have what CIA operatives call plausible deniability. Charlie’s day will be ruined, but it will be Al, not Bob, who is ultimately to blame. This is a textbook example of what I call a secondhand insult.

There are even more subtle ways to inflict these insults. Suppose Diane invites Elsie but not Frances to a party. Suppose Elsie, on the following day, calls Frances to ask why she wasn’t at the party, and suppose she makes this call not because she wants to know why Elsie was missing: she already knows that Elsie wasn’t there because she hadn’t been invited! Then why make the call? So Frances will know that she hadn’t been invited and thereby experience the pain of having been slighted. This behavior sounds catty, but such things do happen.

Secondhand insults interest me because they show just how ingenious people can be in their use of insults as a means for raising their position on the social hierarchy. If only this ingenuity could instead be used for the good of mankind! More generally, one of the best ways to immunize ourselves to the insults that others might inflict on us is to withdraw from the social-hierarchy game.

For one last example of a secondhand insult, allow me to quote entertainer Oscar Levant. When asked whether he ever read bad reviews of his performances, he replied that he didn’t have to, inasmuch as “my best friends invariably tell me about them.”

William B. Irvine is professor of philosophy at Wright State University in Dayton, Ohio. He is the author of A Slap in the Face: Why Insults Hurt — and Why They Shouldn’t, and before that of A Guide to the Good Life: The Ancient Art of Stoic Joy.