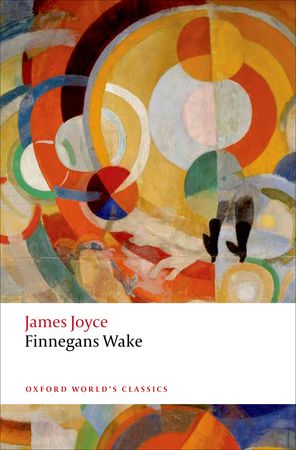 Joyce was obsessed with birthdays.  Today, February 2nd, is his. An emerging secular saint’s day, it will be remembered and alluded to round the world — especially in Dublin — in the corners of newspapers and pubs, in blogs (like this one), tweets and the odd talk. Born in 1882, Joyce’s cake — if he could have one, let alone eat it — would have a hundred and thirty one candles; a hundred years ago, therefore, he would have been celebrating his 31st birthday. The image of candles is suitable, since Joyce’s birthday fell on ‘Candlemas’, a holy day which commemorates Christ’s first appearance in a synagogue with his mother, forty days after his birth, in part by the lighting of candles. Mary was following the Mosaic law which says that, after giving birth, a mother is not clean for forty days, at which point she is to be purified through sacrifice.

‘Celebrating’, however, might be too strong a word: in 1913, Joyce was, artistically, in something of a lull, and life might well have been frustrating. He was teaching English in Trieste, with two small children, aged 5 and 7. He was struggling to get Dubliners past timid publishers and printers; A Portrait…, begun some nine years before, was unfinished; Ulysses was not yet begun. He was writing the odd bit of journalism, but the high artistic ambitions he had cherished as a young man had taken a battering. He’d spent his twenty-first in Paris, receiving a letter written by his father John Joyce, which he would carefully keep wherever he went:

My dear Jim, May I be permitted to offer you my best wishes for your future which I, at one time, fancied may have been more rosey on your attaining your majority [i.e becoming 21]… I hope you will beleive [sic] me that I am only now, under I may tell you, very trying times, endeavouring to do my little best, but Jim you are my eldest Son I have always looked up to your being a fitting representative of our family one that my father would be proud of. I now only hope that you may carry out his ideas through your life and if you do, you may be sure you will not do anything unbecoming a gentleman.

John Joyce, here and in general, was, like Simon Dedalus in Ulysses, strong and open in his expression of emotion. He is not the stereotypical cold and detached Victorian father. On the other hand, the complexity of his warmth borders on ambiguity, and its intensity must have brought some pressure to the young and, by all accounts, lonely Joyce: the father feels responsible for failing his son, but implies that his son was failing, or in danger of doing so; he seeks forgiveness while sending his son on a guilt trip; he says he looks up to him, while also establishing a role model in his own father, thus reaffirming the patriarchal hierarchy of genealogy. Self-pityingly unable to help materially, he adopts the role of civic mentor — urging him to behave like a gentleman, as Polonius did to Laertes when the latter was about to go to Paris (and its fleshpots).  Larkin’s term for such ambivalence was ‘sloppy-stern’.

Birthdays may be a universal convention, but they are not universally liked.  One pressure that birthdays bring is the inevitability, almost the duty, of self-reflection — a pressure which the Joyces, father and son, must have been aware of in 1903. The attention of others — fathers, mothers, friends, colleagues, wishing us well, presenting a gift, raising a glass — may exacerbate processes of self-examination and even pernicious comparison. Relative to where we were, or where we hoped to be, relative to our peers, or where our role models once were — where have we got to, or to what have we sunk?  Birthdays are ciphers that multiply whatever condition we’re in. The potential trauma of birthdays repeats, perhaps compulsively, the trauma of the day of birth. The twitching nervous checking during labour of the condition of mother and child – how are they doing, what are their heart rates? — becomes a twitching nervous checking on birthdays of whether one has yet become oneself.

For an ambitious person, for someone intent on establishing a mythology of themselves, for someone superstitious, birthdays, especially their own, and other anniversaries are crucial. And so they were for Joyce, for these very reasons. He habitually made awkward deadlines for himself and his publishers, by wanting his books to appear on his birthday or, failing that, his father’s. The day on which Ulysses is set (itself the day of the troubled birth, though fictional, of Mortimer Edward Purefoy), is supposed to be the day of Joyce’s first date with Nora Barnacle, though their encounter is not in fact recorded in the fiction.

Through the cyclical repetition of dates, days become haunted, charged with the meaning of the events of the past, implicit in their dates: Armistice Day, Guy Fawkes, the Battle of the Boyne. The different calendars of the global village, now shared in multi-cultural societies, show the space of the year as an environment that is densely built up with official anniversaries which are the signs and the foundations of institutions, of nations, states, religions, organisations, movements.

Anniversaries seem inevitable because of the cycle of the year, but they are not guaranteed: different anniversaries can coincide on the same day, so that one feast day ousts another; secular festivals push out saints’ days. Joyce cheekily engineered such a coincidence in the birthday of Molly Bloom, which was September the 8th, the same day as the Virgin Mary’s birthday. Joyce’s love of birthdays is in part a wish to appropriate this map, a symptom of an eternal struggle he identified between the individual and society: ‘the state is concentric; man is concentric. Thence arise an eternal struggle.’

We have a Bloomsday, on which the institution of Joyce studies (and Joycolatry) are built. But there is no Wake-day: Finnegans Wake does not seem to happen on a single day, though for one critic it is a dream dreamt on 28 March 1938. For others the events of the Wake happen everyday and anyday. Unlike Ulysses, it has not been so easily institutionalised. Either way, it is certainly worth celebrating and lighting candles for: and Joyce’s birthday is as good as any to do so.

Dr Finn Fordham is Reader in 20th Century Literature at Royal Holloway, University of London. Along with Robbert-Jan Henkes and Erik Bindervoet, he has edited the Oxford World’s Classics edition of Finnegans Wake by James Joyce. Finnegans Wake is a book that reinvents the novel and plays fantastic games with the language to tell the story of one man’s fall and resurrection; in the intimate drama of Humphrey Chimpden Earwicker and his wife Anna Livia, the character of Ireland itself takes form. Joyce called time and the river and the mountains the real heroes of his book, and its organic structure and extraordinary musicality embody his vision. It is both an outrageous epic and a wildly inventive comedy that rewards its readers with never-ending layers of meaning.