The History of Rasselas, Prince of Abissinia


One doesn’t associate Samuel Johnson, whose death 228 years ago today ended his lengthy domination of the literary world, with the history of aviation. But ballooning was a national obsession in Johnson’s last year, and he was caught up in the craze despite himself. Several early experiments ended badly (one prototype was pitchforked to shreds as it landed by terrified peasants), but the first manned flights took place successfully in Paris in autumn 1783. Soon the London Chronicle was reporting that “Montgolfier mania” was “endemial both in France and England,” and plans were under way to repeat the exercise in Britain. Johnson researched the enabling technology as reports flowed in from Paris, and a year later he was in Oxford when James Sadler—the doughty Richard Branson of his day—made his celebrated ascent from the University Botanical Garden on 17 November 1784, flying 20 gut-wrenching miles to Aylesbury. Johnson was now severely ill, and the best he could do was witness the event by proxy: “I sent Francis [his beloved Jamaican manservant and heir] to see the Ballon fly, but could not go myself.” 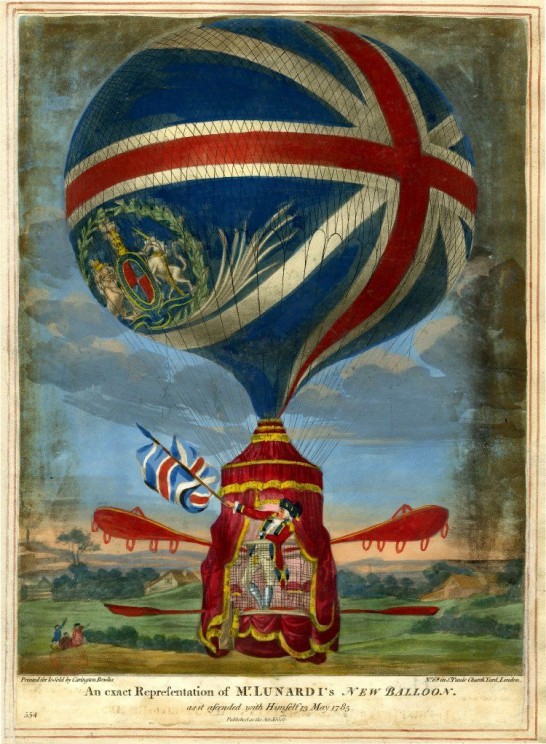 The likelihood is that by this stage he didn’t much mind. Initially, Johnson saw huge potential in balloons for advancing human knowledge, and subscribed to a scientifically motivated scheme for high-altitude flight, which, he wrote, would “bring down the state of regions yet unexplored.” He was fascinated by thoughts of the view from above, though he couldn’t imagine seeing “the earth a mile below me, without a stronger impression on my brain than I should like to feel.” But in time Johnson grew more sceptical about the value of balloons—fragile, combustible, impossible to direct—for either transportation or science, and disease preoccupied him instead: “I had rather now find a medicine that can ease an asthma.” He never makes the analogy explicit, but it’s clear from his last letters that, consciously or otherwise, he came to associate his bloated, dropsical body with a sinking balloon, and his difficulty in breathing with an aeronaut’s struggle to stay inflated. In a gloomy, earthbound message just weeks before death, he seems to glimpse the void in Montgolfier shape. “You see some ballons succeed and some miscarry, and a thousand strange and a thousand foolish things,” he tells the enviably youthful, mobile Francesco Sastres: “But I see nothing; I must make my letter from what I feel, and what I feel with so little delight, that I cannot love to talk of it.”

Yet there’s also a sense in which Johnson had been talking of balloons for decades. It’s with a fantasy of aerial spectatorship—“Let observation with extensive view / Survey mankind, from China to Peru”—that his poem The Vanity of Human Wishes (1749) begins, as though generalizing about the human condition meant taking, almost literally, a bird’s eye view. His philosophical tale Rasselas (1759) uses human flight to address large questions about ambition and power. The hapless inventor of a flying mechanism enthuses to Rasselas about the philosophical pleasure with which he now, “furnished with wings, and hovering in the sky, would see the earth, and all its inhabitants, rolling beneath him.” Inevitably, the wings then fail to keep him aloft, though when he plunges into a lake—with neat Johnsonian irony—they keep him afloat. This is not only a warning about individual overreach, however. It also lets Johnson consider the implications of flight for global power. Before his embarrassing swim, the inventor assures Rasselas that he will never explain aviation to others, “for what would be the security of the good, if the bad could at pleasure invade them from the sky? … A flight of northern savages [the phrase implies not only ancient Goths but also the powers of modern Europe, then waging war for empire] might hover in the wind, and light at once with irresistible violence upon the capital of a fruitful region that was rolling under them.”

When editing Rasselas a few years ago, I was fascinated to see how often Johnson’s signature effect of timeless truth seemed to spring from odd contingencies. Scholars often situate Johnson’s failed aeronaut in mythical and literary traditions, and in this context it was refreshing to find Pat Rogers’s reading of the episode with reference to a historical stuntman and self-styled “flyer” named Robert Cadman. Cadman was a minor celebrity in the midlands of Johnson’s youth, a tightrope-walker whose trick was to slide down cords from steeple-tops, which he did to acclamation until dying from a fall in 1739. There was also a delightful related source for Johnson’s hovering armies. This was a satirical elegy on Cadman in a magazine for which Johnson was working at the time, which imagines airborne invasion of a rival power by squadrons of flying Cadmans: “An army of such wights to cross the main, / Sooner than Haddock’s fleet, shou’d humble Spain.” (Yes, there really was an Admiral Haddock.)

James Boswell tells a story from 1781 in which, claiming never to have re-read Rasselas since publication, Johnson snatches a copy he sees and turns avidly to a related passage that was now more telling than ever. Again it concerns war and empire, specifically the geopolitical consequences of technological advance in “the northern and western nations of Europe; the nations which are now in possession of all power and all knowledge; whose armies are irresistible, and whose fleets command the remotest parts of the globe.” That technology brings power is not, in itself, an unfamiliar insight. Theoreticians of war from Clausewitz to Virilio have explored its implications, and the basic point would not have been news to the tribesmen crushed by Hittite chariots four millennia ago. Yet Johnson gives it an eloquence all his own, and perhaps he still had Rasselas in mind when he saw—or almost saw—Sadler’s balloon in Oxford three years later, harbinger of airborne blitzkrieg and surgical strikes.

Thomas Keymer is Chancellor Jackman Professor of English at the University of Toronto, where he is also affiliated with University College and with the Collaborative Program in Book History and Print Culture at Massey College. He is the editor of the Oxford World’s Classics edition of The History of Rasselas, Prince of Abissinia by Samuel Johnson. Rasselas is an established classic, often compared to Voltaire’s Candide, Rasselas is perhaps its author’s most creative work.