Becoming a Tibetan Buddhist nun is not a typical life choice for a child of an Italian Catholic police officer from Brooklyn, New York. Nevertheless, in February of 1988 I knelt in front of the Dalai Lama in Dharamsala, India, as he cut a few locks of my hair (the rest had already been shaved), symbolizing my renunciation of lay life.

I lived in the vows of a Buddhist nun for a year, in the course of spending two years living in Buddhist monasteries in Nepal and India. Including my years of lay practice, I spent twenty years of my adult life practicing Buddhism, before returning to the Catholicism into which I had been born and baptized.

During my years as a Buddhist, I was exposed to many ways of meditating. They were all new to me, as my prayer as a young Catholic was largely limited to recitation of rote prayers and did not include any sort of contemplative practice. 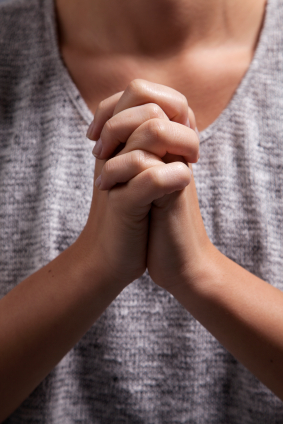 Following my return to Catholicism, images and ideas from my Buddhist experiences arose spontaneously in my prayer. During one early retreat, I recorded in my journal an experience of sitting under a tree “imagining Thousand-Armed Chenrezig [the Buddha of Compassion] with enough hands to help in all directions.” I saw Chenrezig as “one way of imaging Christ — in all places, with hands to help wherever necessary.”

That experience and others like it sparked in me an interest in exploring how prayer forms from one religious tradition might be adapted for use in other traditions. Over the years, I have found that much of what I learned about and experienced of Buddhist meditation during those years enriches my prayer life as a Christian. Many of the “analytical” meditations, which I learned when I lived in Tibetan Buddhist communities in Nepal and India and continued to practice after my return to the United States, have particularly enhanced my religious experiences.

In the years since my return to Catholicism, I have come to learn that, like my decision to become a Buddhist nun, my comfort with incorporating prayer practices from one faith tradition into another is not the norm, and that what has seemed so natural to me is not natural for everyone. Many people have a fear of other religions and a nervousness about incorporating any elements drawn from other faith traditions into their own religious practice.

Pope Benedict XVI (while he was still Cardinal Ratzinger) wrote in his “Letter to the Bishops of the Catholic Church on Some Aspects of Christian Meditation” in 1989 that prayer and meditation practices from other religions should not be “rejected out of hand simply because they are not Christian. On the contrary, one can take from them what is useful so long as the Christian conception of prayer, its logic and requirements are never obscured.”

Christians in many parts of the world have long looked to Buddhism and other Eastern religions for spiritual nourishment. While some of those have abandoned their Christianity altogether (as I did for many years) many other have already incorporated Zen meditation or Theravadan vipassana meditation into their Christian prayer.

Prayer is essential if we are to grow spiritually. We cannot grow in our relationship with God unless we take time to nurture that relationship through prayer. And we cannot grow in our love of others — the love that isn’t based on affection, but the universal love that includes loving our enemies — without the grace that comes from prayer. So I care a lot more that people pray than how they pray. Nonetheless, we can all benefit from learning to pray in new ways.

Susan J. Stabile is the author of Growing in Love and Wisdom: Tibetan Buddhist Sources for Christian Mediation, just published by Oxford University Press. A spiritual director and retreat leader, she is also the Robert and Marion Short Distinguished Chair in Law at the University of St. Thomas School of Law.