On the eve of the battle of Borodino, Prince Andrei Bolkonsky, one of the main characters in War and Peace and, in that scene at least, Tolstoy’s mouthpiece, describes war as follows:

But what is war? What is needed for success in warfare? … The aim of war is murder; the methods of war are spying, treachery, and their encouragement, the ruin of a country’s inhabitants, robbing them or stealing to provision the army, and fraud and falsehood termed military craft. … [Soldiers] meet, as we shall meet tomorrow, to murder one another; they kill and main tens of thousands, and then have thanksgiving services for having killed so many people (they even exaggerate the number) and they announce a victory, supposing that the more people they have killed the greater their achievement…

Compare with Wilfred Owen’s well-known rejection of the romanticism of war in Dulce and Decorum est.

If you could hear, at every jolt, the blood
Come gargling from the froth-corrupted lungs,
Obscene as cancer, bitter as the cud
Of vile, incurable sores on innocent tongues,
My friend, you would not tell with such high zest
To children ardent for some desperate glory,
The old Lie: Dulce et Decorum est
Pro patria mori.

For both Tolstoy and Owen, war really is about individuals maiming and killing each other, and it is precisely that which elicits the former’s cold fury and the latter’s bitter anger. And yet, it seems that war is also irreducibly collective: it is fought by groups of people and more often than not, as Owen himself painfully reminds us, for the sake of communal values such as territorial integrity and national self-determination.

The tension between the individual and the collective dimensions of war is nowhere more evident than in the ways in which the laws of war, and the moral norms which underpin those laws, treat soldiers and civilians. On the one hand, however unjust the cause for which they fight, soldiers are not to be held responsible for their participation in it, subsumed as they are under the group to which they belong – their country’s army – nor are they to be condemned for killing enemy soldiers. As Alfred Lord Tennyson famously has it in “The Charge of the Light Brigade” : ‘Theirs not to make reply, Theirs not to reason why, Theirs but to do and die.’ By implication, as soldiers, and simply in virtue of belonging to that category, they are legitimate targets. On the other hand, soldiers may not deliberately kill innocent civilians, however just their war and however explicitly they might be ordered to do so: for that they are clearly and unambiguously responsible. By implication, civilians are not legitimate targets, simply in virtue of being civilians, and irrespective of what they actually do for the war.

Those two questions (whether the justness or unjustness of their cause makes any difference to soldiers’ permission to kill one another, and whether civilians who take part in the war are legitimate targets) are at the heart of the revival of the just war tradition in contemporary moral and political philosophy – a revival which started with the publication of Walzer’s seminal Just and Unjust Wars in 1977 and which has gone from strength to strength as leading philosophers have entered the fray. 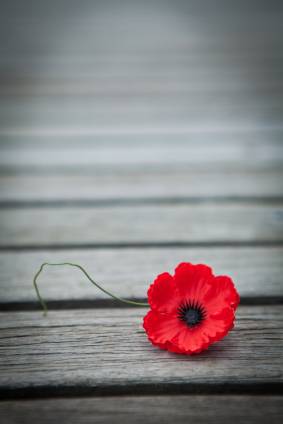 Walzer sought to defend the tradition  (though he did allow that civilians who work in munitions factory are legitimate targets.) Recently however, the tradition’s account of the moral status of soldiers and civilians during war has come under sustained attack. On that more recent view, the thesis that soldiers qua soldiers are legitimate targets whilst civilians qua civilians are not is profoundly at odds with a fundamental principle of morality, to wit, that whether or not individuals are liable to being killed is dependent both on what they do, as opposed to who they are, and on the moral status of their action. If Alan attempts to kill Bob at time t1 without just cause, and if Bob manages momentarily to thwart him at t2 by, e.g., shooting at him, we would certainly say that Alan is liable to being shot out, in virtue of wrongfully attacking Bob. Moreover, we would certainly not deem it permissible for Alan to kill Bob at t3 in his own defence: Alan, we would think, ought to stop attacking Bob. Why not hold soldiers up to the same standards of morality? Why not insist, then, that soldiers who kill in prosecution of an unjust cause, such as an unwarranted aggression on another country’s territory, act wrongly when so acting? By that token, civilians who make a significant contribution to an unjust war, though they are not themselves carrying out acts of killing, might also, at least at first sight, be legitimate targets. If Don Corleone orders Luca Brazzi to kill a member of the Tattaglia family, and if the only way for the latter to save his life is by killing Corleone, it seems that he may do so. If Charles gives a gun to Alan in the foreknowledge that Alan will use it to kill Bob unwarrantedly, and if the only way for Bob to save his life is by killing Charles, it seems that he may do so. Likewise, it would seem, with civilians.

One cannot underestimate how profoundly revisionist that view is. (Though it in fact resurrects the scholastic thought, as found notably in Vitoria’s writings, that ordinary soldiers can, at least sometimes, be expected not to fight for an unjust cause.) Put bluntly, it implies that the acts of killing committed by German soldiers in prosecution of Germany’s wrongful aggression against Belgium and France in 1914 were akin to acts of murder. It also implies that civilian leaders who take their country into an unjust war are legitimate targets – that, for example, if the 2003 war against Iraq was indeed unjust, then Iraqi forces would not have been guilty of wrongdoing towards then-Prime Minister Blair, let alone President Bush, had they killed them.

The view that leaders or weapons manufacturers who, respectively, authorize the war and supply troops are liable to being killed might not prove disquieting to many. But the claim that soldiers ought not to participate in an unjust war, and that their acts of killing, if they do participate, are wrongful in virtue of the unjustness of the war, has elicited considerable criticism from many moral philosophers, on two grounds (e.g., Walzer, 1977). Soldiers, it is often said, act under duress: they are ordered to go to war, and should therefore be seen as instruments of the state rather than autonomous agents. Moreover, it is also often said, soldiers are not capable of discerning whether the war which they are ordered to wage is a just war — indeed, they ought not to be expected to engage in such a reflective process — and it is unfair, therefore, to hold them responsible for their participation in it.

And yet, as some of the aforementioned proponents of the revisionist account have noted, the duress and the epistemic objections to holding ordinary soldiers responsible for their participation in an unjust war prove too much for they are thereby committed not to hold soldiers responsible for wrongful acts of killing committed under orders against civilians. Put differently, exonerating soldiers who are safely ensconced in their barracks from the burden of reaching a judgement as to the justness of the war and of acting on that judgement, while requiring of them that they reflect on the moral status of the orders they are given in the heat of battle, seems incoherent. Likewise, it is incoherent to deem them bound by an order wrongfully to cross the border into a neutral country and kill enemy soldiers who resist their ex hypothesi wrongful aggression, and at the same time to impose on them a moral and legal obligation to disobey an order deliberately to kill innocent civilians.

And so if the horror of war resides in what it leads individuals do to each other, as Tolstoy and Owen tell us, then it must be morally appraised as the concatenation of individual acts, committed by individual agents whom it is appropriate, much more often than is standardly thought, to regard as morally responsible for what they do – be they soldiers or civilians. Tennyson had got it wrong: it is theirs to reason why.

Cécile Fabre is Professor of Political Philosophy at the University of Oxford, and a Fellow of Lincoln College. Her latest book, Cosmopolitan War, published in September 2012. She has written extensively on distributive justice, rights, and the ethics of killing. She has previously published two monographs with Oxford University Press: Social Rights under the Constitution (2000) and Whose Body is it Anyway? (2006). She is a Fellow of the British Academy.