The Music of James Bond


When James Bond and Queen Elizabeth II parachuted out of the helicopter (or appeared to) during Friday night’s opening ceremonies of the London Olympics, director Danny Boyle could think of only one piece of music to play: the “James Bond Theme.” (BBC footage; NBC footage; or check your local Olympic broadcaster)

Of all the dozens of recordings of 007’s signature music that have been made over the years, he chose the unmistakable original: John Barry’s recording of Monty Norman’s “James Bond Theme,” from the very first Bond adventure, Dr. No, which opened in British cinemas 50 years ago, in October 1962.

Certainly no Bond fan witnessed Friday’s extraordinary moment — when the Queen actually turned to actor Daniel Craig and said, “Good evening, Mr. Bond” — without a gasp or at least chills down the spine.

While we knew that it was Craig and a stand-in for the Queen in the helicopter (and that neither one of them actually parachuted out), that singular piece of music did precisely what it was intended to do — suggest to a worldwide audience, familiar with half a century of outrageous cinematic exploits, that 007 had performed his latest service for Queen and Country. 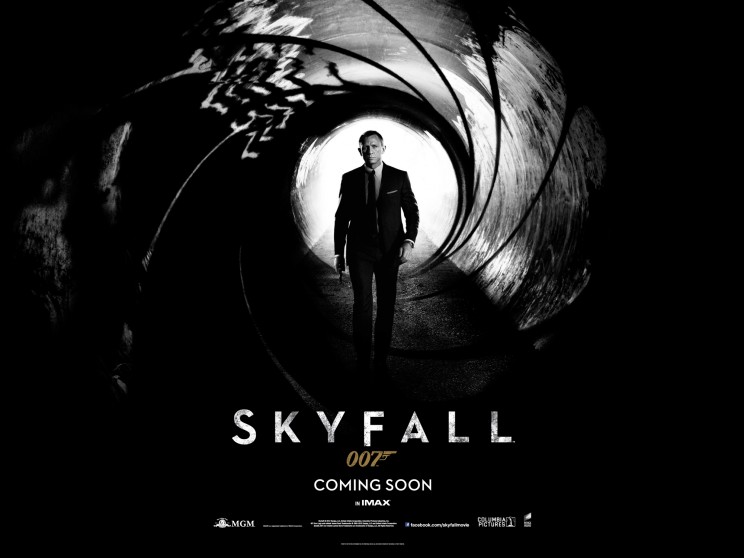 Throughout five decades, 22 official films and six different James Bonds, the “Bond Theme” has been a constant in the movies originally produced by Albert R. Broccoli and Harry Saltzman, and now carried on by Broccoli’s daughter and stepson, Barbara Broccoli and Michael G. Wilson. And while post-production is still underway on Skyfall, the 23rd opus to be released this fall, there is no doubt that composer Thomas Newman will invoke the “Bond Theme” at some point during the proceedings. To do otherwise would be unthinkable.

The backstory of the “James Bond Theme” is a complex saga of Monty Norman’s original conception of a theme for 007; its transformation into the twangy-guitar-meets-big-band-swing recording arranged and conducted by John Barry; and the controversy that has occasionally arisen about the origins of the tune (and its formal resolution in London’s High Court in 2001).

Boyle’s use of the “Bond Theme” on Friday night only serves to confirm its place in the pantheon of great movie themes recognized the world over. Bond’s presence in the ceremonies was a fitting acknowledgment of author Ian Fleming’s contribution to 20th-century popular literature, but that 45 seconds of music is what reminded three billion viewers that this was really the one, the only, the original, James Bond.

Jon Burlingame is the author of the upcoming book, The Music of James Bond, slated for release this fall to coincide with the 50th anniversary of the billion-dollar movie franchise and the release of Skyfall. One of the nation’s leading writers on the subject of music for film and television, he writes regularly for Daily Variety and teaches film-music history at the University of Southern California. His other work has included three previous books on film and TV music; articles for other publications including The New York Times, Los Angeles Times, The Washington Post, and Premiere and Emmy magazines; and producing radio specials for Los Angeles classical station KUSC.

Skyfall movie poster from 007.com used for the purposes of illustration.