When asked, many people with mental illness will say that the consequences of the stigma of mental illness are worse than the illness itself. Stigmatization affects the position that people have in their community, their employment, their housing, the size and functioning of their social network. An episode of mental illness which is well treated may leave no trace in the mental state or functional capacity of the individual. Yet the stigma related to the disease will last for the rest of a person’s life and even often have repercussions for descendants of the person who experienced a stigmatizing illness. 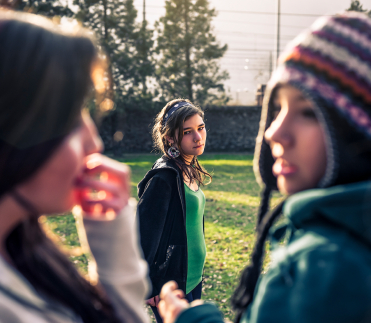 Despite the solid evidence about the nefarious consequences of stigmatization in all walks of life and the existence of effective ways of fighting it health authorities in most parts of the world invest very little or nothing into the fight against stigma. The remarkable advances of our knowledge about fighting stigma are neither properly taught in schools of health personnel nor used as essential evidence in planning health care for the future. Occasional campaigns against stigma in some countries are seen as being sufficient to deal with the problem and serve as a stand-in for the inclusion of anti-stigma activities of proven effectiveness into the routine of health services.

Much has been learnt about the effects of anti-stigma interventions in recent years and it is clear that what is recommended today differs from what has been done in the past. Thus we now know that:


A useful tip for anyone interested in fighting stigma is to examine one’s own behavior and attitudes, which are often in strict contrast to what we are teaching and promoting. Even words that we use — saying a schizophrenic instead of saying a person with schizophrenia — can hurt and contribute to stigmatization but there are other things that we should learn to do better if we are keen to fight stigma.

If health services intended to help people with mental illness are to achieve their goals they must accept that the stigma of mental illness is today the chief obstacle to their success and that they must invest a good part of their resources into its prevention or reduction.