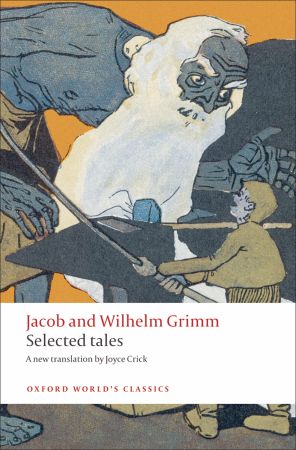 The tales gathered by the Grimm brothers are at once familiar, fantastic, homely, and frightening. They seem to belong to no time, or to some distant feudal age of fairytale imagining. Grand palaces, humble cottages, and the forest full of menace are their settings; and they are peopled by kings and princesses, witches and robbers, millers and golden birds, stepmothers and talking frogs. Regarded from their inception both as uncosy nursery stories and as raw material for the folklorist the tales were in fact compositions, collected from literate tellers and shaped into a distinctive kind of literature. Yesterday, we gave you the first installment of The Water of Life. What happens to the scheming elder princes and their sea-water goblet next? And will the youngest prince live happily ever after with his beautiful princess? Read on…

The Water of Life: continued…

Now when they arrived home the youngest took his goblet to the sick king for him to drink from it and regain his strength. But scarcely had the king drunk a sip of the bitter sea-water when he became even more ill than before. And as he was lamenting over this, the two elder sons came and accused the youngest of intending to poison the king; they had brought him the true Water of Life, they said, offering it to him. He had scarcely drunk a sip when he felt his sickness vanish, and he became as strong and healthy as he had been in his young days. Afterwards the two of them went to the youngest and mocked him, saying: ‘There’s no doubt you found the Water of Life — but you had the trouble and we have the reward. You should have been cleverer and kept your eyes open. We took it from you while you were asleep on the ship, and when the year is out one of us will go and fetch the beautiful king’s daughter. But mind you don’t reveal any of this. Father won’t believe you anyway, and if you say a single word you shall lose your life as well. But if you are silent you shall keep it.’

The king was angry with his youngest son, and believed he had plotted against his life. So he summoned the court together for them to pronounce sentence upon him: he was to be shot in secret. Now one day, when the prince was going hunting and suspected no ill, the king’s huntsman was ordered to accompany him. When they were out in the forest alone the huntsman was looking so sorrowful that the prince asked him: ‘Good huntsman, what is the matter?’ The huntsman said: ‘I may not tell you, but even so, I should.’ So the prince said: ‘Out with it, whatever it is, I will forgive you.’ ‘Oh,’ said the huntsman, ‘I am supposed to shoot you dead. The king has commanded me.’ The prince was startled at this, and said: ‘Good huntsman, let me live. I will give you my royal garments; in return give me your humble clothes.’ The huntsman said: ‘I’ll do so gladly. I could not have shot at you anyway.’ So they exchanged clothes and the huntsman went home; as for the prince, he went deeper into the forest.

After some time three carriages arrived at the old king’s court with gold and precious stones for his youngest son. They were sent by the three kings who had defeated their enemies with the prince’s sword and fed their lands with his bread, and they wanted to show their gratitude. At that the old king thought: ‘Could it be that my son was innocent?’ And he spoke to his men: ‘If only he still lived! How sorry I am that I had him killed.’ ‘He is still alive,’ said the huntsman. ‘I could not bring myself to carry out your command,’ and he told the king what had happened. A weight fell from the king’s heart, and he had it proclaimed in all the kingdoms round about that his son’s return was permitted, and that he should be welcomed with mercy.

This excerpt is taken from Jacob and Wilhelm Grimm: Selected Tales, with a new translation by Joyce Crick. As well as some seventy-nine tales, including all the well-known fairy tales, the edition also prints earlier versions of some of the famous stories, and stories that were removed after the first edition, to show the stylistic evolution of the stories in their retelling by the Grimms. It is part of the Oxford World’s Classics series.