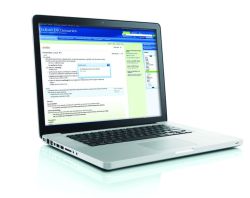 ‘Cripes! What bally tomfoolery are those diabolical cads in the media coming up with now?’ I asked my betrothed, when confronted with a spate of recent news reports. ‘Verily, I must quash this balderdash forthwith.’

Had I perhaps been hit on the head with the King James Bible or been immersed for a year in the collected works of P. G. Wodehouse? No, these were a few of the beloved English words that apparently were threatened by imminent extinction. The cause? Well, texting and tweeting, naturally! According to the Daily Mail, a survey carried out for a book tie-in to the BBC2 TV programme Planet Word showed that nearly 75% of the 2,000 people polled believed that ‘longer words have become outdated since text messages and social networking websites gained popularity.’

Then the actor Ralph Fiennes joined the fray, blaming Twitter and other social networking sites for the fact that some of today’s drama students are finding polysyllabic and Shakespearian words too demanding to understand or use.

The topic of the ‘deterioration’ of our hallowed English language because of various factors (texting, TV, poor education, the influence of US English, little green men from Mars, you name it…) crops up regularly, and never fails to generate many comments of the ‘tut tut’ and ‘harrumph’ variety on newspaper websites. Most comments rail about how today’s youth ‘don’t speak proper like what we did’, and claim that the impoverishment of English is indicative of the Decline of Civilization as We Know It.

Has ‘malaise’ been tweeted out of existence?

As stated in the media, those surveyed for the Planet Word survey:

– reported various levels of familiarity with a range of selected English words (not all of which were lengthy or rare ones) – for example, 50% had encountered neither knackered nor cad.

Based on the media reports, here’s an analysis of the words featured in the survey. Firstly, I delved into the Oxford English Corpus (OEC), Oxford’s two-billion-word database of 21st-century English, to find the number of times each term occurs there. I then checked the Oxford Dictionaries site to see how the words are described in terms of currency (dated, archaic, etc.), register (e.g. formal, informal), and regional variety (e.g. British, US).  If the words have no description, they are regarded as part of standard English.

Far from being on the verge of extinction, most of the words mentioned are all part of 21st-century English, with quash leading the pack in terms of number of occurrences on the OEC, probably by virtue of it being much used in reports of legal proceedings. In spite of its meaning, malaise is also pretty healthy in terms of examples of use on the OEC.

It is not clear how and why these particular words were selected for the survey. While some of the words have very few examples, these tend to be old-fashioned and informal terms such as bally and spiffing, which were never particularly common, and have been described as ‘dated’ in our dictionaries well before the advent of texting. Other archaic and dated words are pretty well represented in current English, so not quite ready to turn up their toes just yet.

Verily sir, you are a cad!

While verily is indeed archaic and again, was classed as such long before the appearance of tweeting, it turns up in many Biblical quotations, and writers also use it ironically in allusion to Biblical parlance, as the following example from a computing blog shows:

Type in “bible club” and verily, those who are seeking out the word of God shall be rewarded with a link to Baroda Bible Club…

Cad is a particular favourite of mine – it may be dated but it succinctly describes a certain type of roguish man. The evidence on the OEC shows that it’s popular in today’s US English (with twice as many instances than in British English) and often appears in reviews of plays and movies, as in this comment on the 2005 film Pride and Prejudice:

Reports of an English polysyllabic malaise are greatly exaggerated

So our evidence shows that some older words aren’t yet extinct, but language change being what it is, a few terms which always had limited currency (British informal words such as bally and cripes or rather formal ones such as felicitations) are becoming outdated or not increasing in frequency at present – no real shock.

The fact is that English, like any other living language, is constantly changing, with new words being coined and other words falling out of use: this process has been happening since language began and it’s inevitable. Nowadays, texting and Twitter may be part of what drives that change, but they are not the main or sole reason for it.

As for longer words being driven out by shorter textspeak ones, I’ll leave that misconception to be elegantly squashed by Language Log’s Mark Liberman. It appears from his researches that words used in tweets are longer in terms of characters than those found in Hamlet and P.G. Wodehouse’s novels.  In fact, ‘tweetspeak’ contains fewer ‘non-information’ short words such as ‘the’, ‘a’, etc., because twitterers tend to use longer ‘information’ words that do have meaning so as to get their message across succinctly.

Moving on from bally cads and the like, if you’re interested in extremely rare, weird, and wonderful terms, the compendious Oxford English Dictionary should be your first port of call. While researching this article I discovered a whole raft of little-used and obsolete words that perhaps deserve to see the linguistic light of day. In these turbulent times, should we not promote antipelargy (a child’s loving care for a parent in their old age) or even the gentle rural activity of acorning (gathering acorns)? I’m eagerly anticipating the first tweets to bring these and other arcane words back into circulation….let’s start a trend!

Catherine Soanes is a cynicocratical freelance writer who may be in need of a panchymagogue. This post first appeared on the OxfordWords blog.