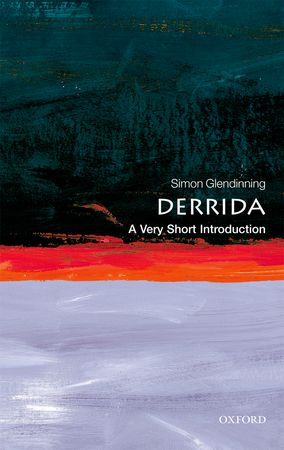 Not so long ago Europe was not merely a recurrent theme for philosophy; it was central to the traditional discourse of “philosophy of the history of the world”. Taking in work by such giants as Kant, Hegel, and Husserl, the basic idea was that the history of “Man” can be related as a movement between an original “savage” condition and a final “fully human” condition. This construal of human history was not only European in origin, but also “Eurocentric”. Its centre was the idea that the transition for “Man” in history is a movement towards an end with European humanity at the head.

Few philosophers today take much interest in this old philosophical genre. However, in a number of important texts Jacques Derrida argued that a task remains for us in this area:

At stake is neither contenting oneself with reaffirming a certain history or a certain memory…nor contenting oneself with being opposed to, or opposing denial to, this [history] or memory, but rather trying to displace the fundamental scheme of this problematic by going beyond the old, tiresome, worn-out and wearisome opposition between Eurocentrism and anti-Eurocentrism.

Derrida did not suppose that his own work had said the last (or first) word on such “going beyond”. Indeed, he insisted that “one won’t get there all of a sudden in one try; it will be the effect of a log and slow historical labour”. On the other hand, he did think this was a movement that is, in our time, “under way”.

To get a handle on Derrida’s contribution to this movement, we might take our bearings (and distance) from two other contemporary thinkers who have taken philosophy as central to an understanding of European and world history: Isaiah Berlin and Francis Fukuyama. In the second half of the twentieth century, Berlin explored the possibility of grounding European unity in Europe’s philosophical culture. However, his contribution to philosophy of the history of the world was essentially negative and “pessimistic”: he emphasised “the decline of utopian ideas in the West”, and was writing with a post-War conviction that the classic European discourse of human emancipation and progress was all but dead. At the end of the twentieth century, in the wake of the fall of the Berlin Wall, Fukuyama attempted to revive the traditional “optimistic” genre. However, while his fundamental references were to Kant and (especially) Hegel and Marx, his analysis of the spread of democracy “out of its original beachhead in Western Europe” made little impact in academic philosophy.

In important respects, both Berlin and Fukuyama have something important to teach us. Today we are, as the British philosopher David Wiggins puts it, “more resistant than the eighteenth- or nineteenth-centuries knew how to be [to] attempts to locate the meaning of human life or human history in mystical or metaphysical conceptions – in the emancipation of mankind, or progress, or the onward advance of Absolute Spirit”. And yet, as Wiggins goes on to note, this does not mean “that we have lost interest in emancipation or progress themselves”. How are we to understand this continuing interest beyond the classic Eurocentric conception? Berlin, Fukuyama and Derrida all appeal here – in divergent ways – to what we might call the universalizable promise of democracy as somehow surviving the decline of utopian ideas.

Berlin more frequently saw post-Kantian interests in philosophy of the history of the world as “a recipe for bloodshed” than it is given to “a moment of illumination”. Fukuyama, on the other hand, was perhaps overly impressed by the moment of illumination. Unable to see how the idea of democracy might belong to an understanding of history as fundamentally open-ended, the “good news” of the end of history announced by Fukuyama was undermined by its ideal as well as its empirical implausibility. But Fukuyama’s failure does not imply that that his concerns should be consigned to the history of ideas. On the contrary, it calls for new chapters in the philosophy of Europe, a new effort to come to terms with Europe’s cultural heritage and identity in our time.

As a self-styled “guardian” of what he called “the uniquely European heritage of an idea of democracy”, Derrida did more, I think, than any thinker in recent years to take credible steps in this laborious movement beyond Eurocentrism and anti-Eurocentrism.  In the absence of a story of world history, the idea of democracy will no longer be thought through in terms of the history-ending realization of the ideal form of social life, nor even in terms of a regulative idea in the Kantian sense. What needs to be secured today, and what Derrida gave us to think, is the idea of democracy as something that entails a more open-ended history of emancipation and progress: of democracy as something that, in its concept, always “remains to be thought and to come”*.

Simon Glendinning is Reader in European Philosophy in the European Institute, London School of Economics. He is the author of Derrida: A Very Short Introduction.

Why big protests aren’t a good measure of popular power