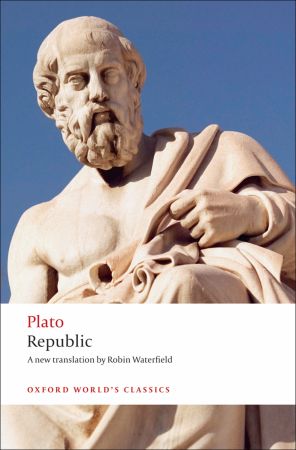 In Plato’s Republic, a canonic centerpiece of all Western thought, we first read of the “philosopher king,” a visionary leader who would impressively combine deep learning with effective governance. Today, almost 2400 years later, such leadership is nowhere to be found, either in Washington, or in any other major world capital. Here in the United States, we seemingly remain content with criteria of presidential selection that emphasize anything but cultivated insights or real wisdom. To the contrary, and despite an endless litany of past failures, we still measure our candidates according to their abundantly vague promises, and embarrassingly empty witticisms.

The “Plato problem” exists in all spheres of American electoral politics, not “only” at the level of the presidency. Stubbornly, we the people are willing to reduce all serious political judgments to a crass assortment of  numbing clichés and visceral ideologies.

The story is told of an admiring friend who charms a young mother, “My, that’s a beautiful baby you have there.”  The mother replies, “Oh, that’s nothing — you should see his photograph.”  In this obviously weird colloquy lies a sorely bitter truth.

Routinely, in all politics, we Americans are presented not with authentic individuals, but with choreographed reproductions. Inevitably, to our chagrin, we discover that these carefully touched up images disguise a multitude of virulent pathologies. In a stunning, if unwitting, misunderstanding of Plato’s thought, which explicitly emphasizes the core reality of ideas, most Americans now fully accept this very odd substitution of image for reality.

Everywhere, even in politics, fame can be concocted or synthetic. Typically, in politics, it matters little if a particular candidate has any notably intrinsic worth or genuine promise. What really counts, over time, is simply that the public will be impressed by this aspirant because he or she is suitably recognizable. Again and again, in a plainly perverse tribute to the corollary power of the image-makers, even the most blatant nincompoop has been transformed into a viable candidate.

In American politics, no one any longer expects what Ralph Waldo Emerson had once called “high thinking.” Rather, the celebrity politician draws huge audiences (and donors) although very few would ever expect to hear anything of substance. In our national politics of veneered truths, whenever a candidate’s spoken words seethe with vacant allusions and blatant equivocations, the crowd nods approvingly, and leaps with satisfaction.

It is comforting enough for these audiences to bask in the warmth of someone “famous.” In the absurd theatre of American politics, the key protagonists continue to play their stock parts with contrived zeal and ambition, but also without any true capacity. As for the chorus, we have rehearsed our lines just as well, but we now utter them viscerally, as if by rote. Understandably, our exuberant shouts of approbation lack credibility. After all, they have been reduced to ritual incantations.

The historian Daniel J. Boorstin once wrote knowingly of the “celebrity,” of the person or product that is known for well‑knownness. Offered as a commodity, the object of celebrity triumphs only because the pervasive alchemy of “public relations.” It matters not at all that a public figure may be manifestly without intellect, courage or integrity. This deficiency is literally of no consequence.

Many of our national heroes were once created by commendable achievement. Today, the successful politician is fashioned by a system that is refractory to all wisdom, a system that is sustained by banality, empty chatter, and half knowledge. Now, at a time when leadership incapability could pave the way to bioterrorism, “dirty bombs,” or even outright nuclear attack, our relentless transformations of politics into amusement has become far more than a mere matter of foolishness or bad taste.

As Americans, there can never be any primary salvation for us in politics. Largely because of our disfigured criteria of selection, the American president and other elected high officials, Democrat or Republican, can never be expected to lead. This will change only after core personal meanings in America are finally detached from frenetic marketing, and after we recognize that we are held captive within a demeaning world of manufactured promises and empty appearances. Hopefully, of course, it will change before such time, as H.L. Mencken once observed, when a distinctly higher authority, “tired of the farce at last, obliterates the entire race with one great, final blast of fire, mustard gas and streptococci.”

Plato’s “philosopher king” may not be a practicable standard for American electoral politics, but it surely can’t hurt to keep such a potentially enviable measure somewhere in mind. At a minimum, such a recollection could remind us of how far we have already strayed.

Louis René Beres was educated at Princeton (Ph.D., 1971) and is Professor of Political Science at Purdue University. He is author of many books and articles dealing with international relations and international law. Read his previous OUPblog posts here.