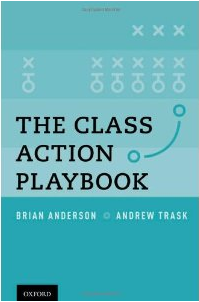 In 2002, the Concepcion family received a “free” cell phone when they signed up with AT&T. Unfortunately, the free phone was not as free as the Concepcions thought; AT&T charged them sales tax for it. The Concepcions were angry, and sued. Their case was merged with a large class action. AT&T invoked its right (hidden in the fine print of its cell-phone contract) to arbitrate the case. The arbitration provision was pretty generous: the Concepcions would not have to pay any costs, and if they won more from the arbitrator than AT&T offered in settlement, AT&T would give them $7,500.

The federal trial court in California that heard the Concepcions’ case decided that, since the California Supreme Court had held that arbitration provisions that interfered with class actions were unconscionable, AT&T could not force these California plaintiffs to arbitrate.  The Court of Appeals for the Ninth Circuit agreed. And so AT&T appealed the case to the Supreme Court.

The 2010-2011 term has proven to be an exciting one for class-action lawyers. The Supreme Court agreed to hear a number of cases that will have a large impact on how these giant lawsuits are waged. And AT&T Mobility LLC v. Concepcion, which the Court decided last week, has already created a firestorm among consumer advocates.

The specific holding sounds too technical to inspire much hooplah.  The Court, in an opinion by Justice Scalia, held that when a state law conflicts with § 2 of the Federal Arbitration Act, the federal law preempts the state law. Justice Scalia’s reasoning was remarkably simple: the FAA was specifically enacted to prevent state courts from interfering with the results of arbitration. The California decision holding class-action waivers unconscionable specifically prevented individual arbitration of disputes.  So for the FAA to have its intended effect, it would have to have that effect in this case.

So what makes this decision so controversial? A number of consumer advocates argue that, by allowing corporations to bargain for arbitration instead of class-action litigation, the Court struck a “crushing blow” against consumers’ rights.

The situation is not as dire as these class-action Cassandras would suggest.  Their predictions of doom ignore the fact that 48 states had not adopted California’s blanket condemnation of arbitration clauses in the first place. (The lone exception was the Wisconsin Supreme Court, which adopted a similar rule in 2010.) Nonetheless, these other states have not suffered from a lack of consumer class-action cases.  Simply put, not every company can (or will) make its customers sign an arbitration clause, even in order to avoid class-action litigation.

Nor, as some have claimed, has the decision deprived consumers of a fundamental right. The Supreme Court has held since the 1980s that a class action is “an exception to the usual rule that litigation is conducted by and on behalf of the individual named parties only.” And it reaffirmed earlier this year that class actions are procedural tools that cannot alter the substantive rights of litigants. In other words, like arbitration, a class action is a tool, but not a right.

Which tool works better for consumers? That depends on whom you ask. Class-action advocates claim that the large lawsuits deter corporate wrongdoing and get consumers money they could never recover on their own. But consumers don’t usually bring class actions, lawyers do. Moreover, few class actions are ever tried, and classwide settlements often benefit the lawyers far more than they do consumers. Advocates of arbitration point out that the process is quick, informal, and can result in real relief. But, despite the fact that consumers have expressed a preference for arbitration, comparatively few have actually taken advantage of it.

Of course, if both class actions and arbitration are tools, then their relationship is subject to change. And several Congressional Democrats, including Senator Richard Blumenthal (D-Conn.), Senator Al Franken (D-Minn.), and Representative Hank Johnson (D-Ga.) have already begun drafting a bill they call the Arbitration Fairness Act (not to be confused with the bill of the same name from 2009).

The 2010-2011 Supreme Court term has been very interesting for class actions. And if Blumenthal, Franken, and Johnson can get traction for their proposal, it looks like the 2011-2012 Congressional session will be as well.

Andrew Trask, a practicing class-action lawyer, is the co-author of The Class Action Playbook, and discusses class-action strategy at www.classactioncountermeasures.com