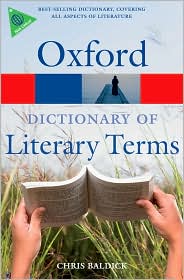 National Poetry Month, is nearing its end, and the royal wedding is just around the corner, so let’s write poems about it. I’ve made some suggestions below, but all forms are welcome. (If you really want to win me over, I suggest attempting my favorite poetic form, the sestina.) Send your poem care of [email protected] and I’ll post what I can tomorrow. (Keep it clean, please. Humor, satire and effusive excitement are welcome, insults are not.)

Additionally, our Twitter followers are eligible to win one of the below Oxford World’s Classics. To enter, tweet:

Entries will be accepted all weekend. Winners will be contacted via DM.

ghazal (ghasel; gazal; ghazel) A short lyric poem written in couplets using a single rhyme (aa, ba, ca, da, etc.), sometimes mentioning the poet’s name in the last couplet. The ghazal is an important lyric form in Arabic, Persian, Turkish, and Urdu poetry, often providing the basis for popular love songs. Its usual subject-matter is amatory, although it has been adapted for religious, political, and other uses. Goethe and other German poets of the early 19th century wrote some imitations of the Persian ghazal, and the form has been adopted by a number of modern American poets, notably Adrienne Rich.

cinquain [sang-kayn] A verse stanza of five lines, more commonly known as a quintain. Examples of such stanzas include the English limerick, the Japanese tanka, and the Spanish quintilla; others include the variant ballad stanza employed intermittently by S. T. Coleridge in his ‘The Rime of the Ancient Mariner’ ( 1798 ), and many more varieties with no name.

terza rima [ter-tsă ree-mă] A verse form consisting of a sequence of interlinked tercets rhyming aba bcb cdc ded, etc. Thus the second line of each tercet provides the rhyme for the first and third lines of the next; the sequence closes with one line (or in a few cases, two lines) rhyming with the middle line of the last tercet: yzy z(z). The form was invented by Dante Alighieri for his Divina Commedia ( c.1320 ), using the Italian hendecasyllabic line. It has been adopted by several poets in English pentameters, notably by P. B. Shelley in his ‘Ode to the West Wind’ ( 1820 ).

ballade [bal-ahd] A form of French lyric poem that flourished in the 14th and 15th centuries, notably in the work of François Villon. It normally consists of three stanzas of eight lines rhyming ababbcbc, with an envoi (i.e. a final half-stanza) of four lines rhyming bcbc. The last line of the first stanza forms a refrain which is repeated as the final line of the subsequent stanzas and of the envoi. Conventionally, the envoi opens with an address to a prince or lord. Variant forms include the ballade with ten-line stanzas and a five-line envoi, and the double ballade with six stanzas and an optional envoi. Poets who have used this very intricate form in English include Chaucer and Swinburne.