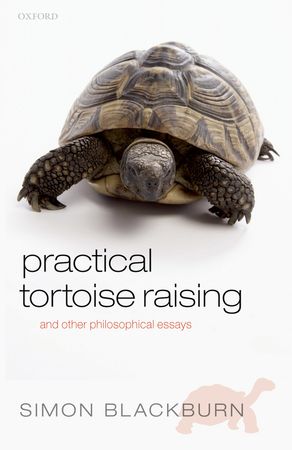 David Hume was born three hundred years ago, on 26th April 1711.  He lived most of his life in Edinburgh, with only a few improbable interludes: one as tutor to a lunatic, one assisting in a comic-operatic military adventure, and one somewhat more successfully as Embassy Secretary, being a lion in the literary salons of Paris. Apart from these his life was devoted to philosophy, history, literature, and conversation. He is the greatest, and the best-loved, of British philosophers, as well as the emblem and presiding genius of the great flowering of arts and letters that took place in the Edinburgh of the eighteenth century—the Scottish Enlightenment. As with all philosophers, his reputation has gone through peaks and troughs, but today it probably stands higher than it ever has.

This may be surprising. Movements in twentieth-century philosophy were not, on the whole, kind to Hume. Analytical philosophy, initiated by Moore and Russell, took logic to be its scalpel and the careful dissection of language to be its principal task, yet Hume was neither a logician nor primarily interested in language. His empiricism, indeed, had echoes in the later work of the logical positivists. But he was widely regarded as having driven empiricism into a sceptical grave. Russell, for example, could assert in his History of Western Philosophy, that Hume ‘developed to its logical conclusion the empirical philosophy of Locke and Berkeley, and by making it self-consistent, made it incredible’, and this was a widely-held view. On the Continent it has usually been assumed that Hume was simply a curtain-raiser to Kant, who allegedly instructed us how to avoid his sorry descent into scepticism, on the grounds that any world in which we could find ourselves must have a nice regular structure, discernible by the light of reason alone.

There is unquestionably a skeptical side to Hume’s philosophy. But there is another side as well, that is responsible for its current standing. Hume is indeed sceptical about the power of reason to determine what we believe. But he is not sceptical, for example, about whether the sun will rise tomorrow. He just has the calm understanding that our confidence in uniformities in nature, such as this one, is not the result of logic or of any exercise of pure rationality. It is just the way our minds happen to work—as indeed, do those of other animals.

Similarly when it comes to understanding the springs of action, Hume again dethrones reason, arguing that nothing that reason could discover would motivate us without engaging an inclination or ‘passion’. He entirely overturns the Platonic model of the soul in which reason is the charioteer, controlling and steering the unruly horses of desire. ‘Reason is, and ought only to be the slave of the passions, and can never pretend to any other office than to serve and obey them’. We can correct mistakes about the world in which we act, and choose more efficient means to gain our ends. We may even be able to persuade ourselves and each other to alter our courses, for better or worse. But we can only do this by mobilizing other considerations we care about. These concerns, or in other words the directions of our desires, are themselves a bare gift of nature, again. Hume excelled in adding detail to this: his account of the evolution of what he called the ‘artificial’ virtues—respect for such things as reciprocity, institutions of justice, social conventions, law or government—is the grandfather of all later decision-theoretic and game-theoretic approaches to the evolution of cooperation. But it took over two centuries before this would be recognized. Only recently has Hume’s naturalism become the gold standard for everyone at the cutting edge of contemporary investigation, whether in philosophy, psychology, evolutionary psychology, anthropology, or neurophysiology.

A purely natural or observational approach to human nature may seem to exclude any critical interest in distinguishing good movements of the mind from bad ones. Hume is apparently in no position to separate rational sheep from irrational goats, since reason has so little to say about anything. Yet he retained plenty of critical edge. The famous essay ‘On Miracles’, for instance, is a classic demolition of the idea that human testimonies ever make it likely that people have walked on the water or risen from the dead, and a pioneering account of the cognitive dysfunctions underlying our willingness to believe in such things. ‘Examine the religious principles that have, in fact, prevailed in the world. You will scarcely be persuaded that they are anything but sick mens’ dreams.’

Naturally this attitude did not endear him to religious hardliners, and in the 1750s he was in danger of being excommunicated at the General Assembly of the Church of Scotland (‘they intend to give me over to Satan, which they think they have the power of doing’). Bigots like Samuel Johnson and gossips like Boswell found it hard to believe that an infidel could be as good a man as Hume was known to be, nor at the end of his life that he could face death with such calm.

Adam Smith said of Hume that ‘Upon the whole I have always considered him, both in his life-time and since his death, as approaching as nearly to the idea of a perfectly wise and virtuous man, as perhaps the nature of human frailty will admit.’ And if, as Aristotle thought, our well-being can be affected by events after our death, his legions of later admirers must continue to contribute mightily to it.