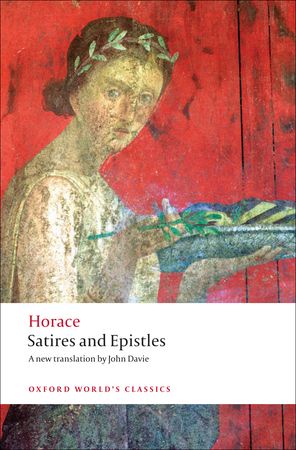 “Free speech is the whole thing, the whole ball game. Free speech is life itself.” So wrote Salman Rushdie and he should know. Certainly free speech is routinely held up, often unreflectively, as an unambiguous, uncontroversial good – one of Franklin Roosevelt’s four freedoms, the right for which Voltaire would famously die, even if he disapproved of what was being said. In the age of WikiLeaks, the freedom to disseminate information and its corollary, the freedom to know what those in power have said or done in secret, have found ever more vigorous proponents, but also those who ask whether it has its limits.

It has always been problematic whether freedom of speech should be extended to those whose speech is considered abhorrent and who might even argue against others’ freedom of speech. Voltaire may offer to lay down his life and Chomsky may assert that “If we don’t believe in freedom of expression for people we despise, we don’t believe in it at all”, but the very power of speech which makes its freedom so desirable can also render it an instrument of discrimination, violence, and oppression. It is no coincidence that it is often groups such as the BNP or Qur’an-burning pastors who hold up free speech as a banner under which they can use that freedom to demand the curtailment of others’ freedoms. Even more directly, the dangers of verbal incitement to hatred – be it on racial, sexual, or other grounds – are increasingly recognized in both the statute books and the public consciousness.

WikiLeaks has highlighted the other potential danger of free speech, that, in the famous words of the World War II poster, “careless talk costs lives”. Many have used the rhetoric of being willing to die for the right to free speech, but the issue becomes more problematic when it is soldiers who are dying in Afghanistan because of outrage at revelations of undiplomatic diplomatic cables. Once again, there is no coincidence that it is in times of war and unrest that the issue of free speech becomes particularly fraught. It is then that its negative ramifications can be most keenly felt, but it is also then that it is most under threat from the pressures of power and expediency, then that it most needs defending.

So what does all this have to do with the Roman poet Horace? Horace too was writing in a time of war and political upheaval. As he composed his Satires in the 30s BC, Rome had suffered almost a century of civil unrest exploding into outright civil war at regular intervals, and the final bout between Octavian (the future emperor Augustus) and Mark Antony was just around the corner. Horace himself had fought on “the wrong side” at the battle of Philippi in 42 BC, in the army of Julius Caesar’s assassins, Brutus and Cassius, against the ultimate victors, Octavian and Antony. Taken into the circle of Octavian’s ally and unofficial minister of culture, Maecenas, Horace had his status and his finances restored. It was at this point that Horace wrote book one of the Satires. These poems are full of profound human insights and uproarious, often filthy, humour, as can be experienced in John Davie’s lively new translation, but there is one large oddity about them. Horace chose to write satire, the genre of the 2nd century BC poet Lucilius, famed above all for his fearless freedom of speech, and he chose to write it in the period of probably the greatest military and political upheaval Rome ever underwent, but he “doesn’t mention the war”.

Not only does he not mention it, he goes out of his way not to mention it. Again and again there are opportunities to engage with the important political events in Rome and around her Mediterranean empire, but Horace repeatedly refuses. Satire 1.7 is all about Brutus’ time as governor of the province of Asia, but there is no mention of Philippi. Instead, Horace focuses on a dispute between two non-entities, full of free, even abusive, speech, but all on petty personal matters. Brutus’ murder of Caesar is finally mentioned, but almost apologetically in an excruciating pun. In Satire 1.5, Horace accompanies Maecenas on his journey to the world-changing conference between Octavian and Antony at Brundisium, but he carefully describes everything except the politics: bargemen singing love songs, locals arguing (again!), an over-zealous host, but whenever he’s in danger of letting slip anything important, his conjunctivitis means that he can’t see it, or his discretion prompts him to pass over it. The whole poem is encapsulated in the wet dream Horace has when a local tart stands him up: all anticipation and no money-shot.

Keeping your mouth shut is a recurrent theme in Horace’s poetry. In the Satires, he always criticizes those who write or talk too much (including Lucilius), and the classic example of this is the “windbag” in Satire 1.9 who, in a hilarious and beautifully observed sequence, just won’t leave Horace alone on his walk through Rome and won’t shut up. Men like this aren’t just annoying, Horace suggests; they’re dangerous. The windbag is also a social climber who wants to break into the circle of Maecenas using cynical means which will inevitably destroy it. The satirists who are too free with their speech step beyond their useful function of policing society’s norms and values into causing discord and unrest, even perhaps another civil war. In the Epistles too, moderation and discretion are the great virtues, especially when dealing with the great and the powerful.

How then are we to take all this? It is too easy to see Horace as a lackey, whose compliance and silence have been effectively bought by Octavian through Maecenas. The trauma felt by all Romans after the civil wars is hard to exaggerate and can be felt as an undercurrent (often bubbling to the surface) throughout all Augustan poetry. After such experiences, the peace and stability which come with moderation of speech and behaviour might seem cheaply bought at the price of a little curtailment of the freedoms which many saw as among the causes of civil unrest. Civil conflict brings particular challenges to the generations which follow it and one need only contrast the amnesty which followed the Athenian regime of the 30 tyrants with South Africa’s Truth and Reconciliation Commission to see how different societies deal with those challenges. Perhaps it is too harsh to criticize Horace for letting sleeping dogs lie when they are the dogs of civil war.

Yet there still remains the question as to why Horace chose Satire, the genre of free speech par excellence, to keep his mouth shut. He certainly set the trend for the future, as Persius under Nero and Juvenal under Trajan went to ever greater lengths to show how impossible it was to live up to Lucilius’ Republican freedom of speech in their Imperial satires. But it was that tradition of Lucilian freedom which Horace inherited and it was he who transformed it. Why? One answer is that Horace makes something new of Lucilian satire, not a ranting, virulent, politically-engaged polemic, but a moderate assertion of social and moral ideals. In the new, (almost) post-civil war world of Octavian, this is what satire had to be. Yet we cannot help feeling that Lucilian satire can’t be so easily transformed. We constantly feel the tension between Horace’s moderation, his discretion, his silence, and the Lucilian desire to tell it how it is which simmers under the surface. By writing satire that rejected freedom of speech, Horace may have been acknowledging its limits in a world shattered by civil war, but he was also lamenting its loss.

Robert Cowan has edited and introduced Satires and Epistles by Horace for the Oxford World’s Classics series. He is Lecturer in Classics at the University of Sydney, and formerly Fairfax Tutorial Fellow in Latin Literature at Balliol College, Oxford. He has published widely on subjects as diverse as Aristophanes, Columella, Horace, Virgil, and operatic receptions of Euripides’ Bacchae, but his main areas of research are post-Virgilian epic, Republican tragedy, and Roman satire.